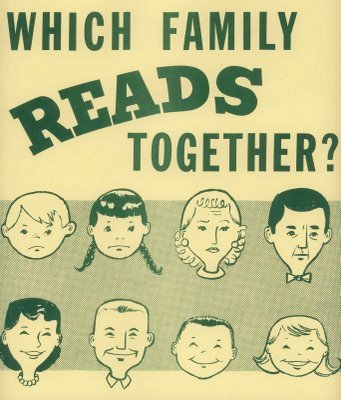 HELLO and welcome to the sixth installment of Things I Read That I Love, wherein I share with you some of the longer-form journalism/essays I’ve read recently so that you can read them too and we can all know more about homes for troubled teens and plane crashes! This “column” is less feminist/queer focused than the rest of the site because when something is feminist/queer focused, I put it on the rest of the site. Here is where the other things are. The title of this feature is inspired by the title of Emily Gould’s tumblr, Things I Ate That I Love.

Just in time for the Holidays, here are some things you can read instead of doing whatever it is your holiday companions want you to do!

Who’s That Girl (Dec 2011) – The New Inquiry: “How did someone acquire so many quirks in the first place? Take away the funky glasses, colorful dresses, and bursts of song, and Jess Day ends up having more in common with a naked paper doll than her TV-sitcom predecessors or viewers.”

Lorrie Moore (September 2009), Elle: All about one of my top five favorite writers OF ALL TIME!

Hannah and Andrew (January 2012), Texas Monthly: “In October 2006 a four-year-old from Corpus Christi named Andrew Burd died mysteriously of salt poisoning. His foster mother, Hannah Overton, was charged with capital murder, vilified from all quarters, and sent to prison for life. But was this churchgoing young woman a vicious child killer? Or had the tragedy claimed its second victim?”

The Adventures of Super-Boy (March 2011), Rolling Stone: This is the only thing I’ve ever read about Justin Bieber –> “God, girls, and boatloads of swag: how Justin Bieber went from Canadian YouTube oddity to the biggest teen idol in the world.”

Horror Stories From Tough-Love Teen Homes (July/August 2011), Mother Jones: Faith-based homes for “troubled teens” are free from government regulation, which is how so many teens taken to these places report unfathomable tortue — if they get out at all. Another piece I’ve read on this topic is called Want Your Kid to Disappear? from a 2004 issue of Legal Affairs, about the people who are hired to pick up the kids stealth-style and transport them to homes like this.

The Last Lion (August 2011), Outside : “After 34 books, endless Hemingway comparisons, and too many battles with gout, legendary author Jim Harrison is unsurpassed at chronicling man’s relationship with wilderness. His secret? Ample wine, cigarettes, fly-fishing—and an inability to give a damn about what anyone else thinks. Our author takes a literary pilgrimage to Montana.”

The 1 Percent, Revealed (Dec 2011) – Mother Jones: Barbra Ehrenreich breaks it down with incredible clarity — this is seriously a must-read. It’s short, too!

Now That The Factories are Closed, It’s Tee-Time in Benton Harbor, Michigan (Dec 2011) – New York Times Magazine: Clearly I have a soft spot for anything about Michigan, which means I’ve read a lot of things about various initiatives to “fix” various areas of Michigan. This is one of those.

Peyton’s Place (October 2011) , GQ: The true story of a family who let One Tree Hill use their home as a set for many many years and how it became, eventually, too much to bear.

Pill Culture Pops (June 2003), New York Magazine: “With the stigma attached to mood-improving (not to mention sex-life-improving) drugs all but gone, New Yorkers are becoming their own Dr. Feelgoods, self-medicating as never before. Inside the new (totally respectable) drug scene.” [This feels really true to a frightening degree, surprised I wasn’t interviewed for this story.]