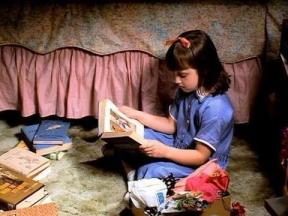 HELLO and welcome to the 58th installment of Things I Read That I Love, wherein I share with you some of the longer-form journalism/essays I’ve read recently so that you can read them too and we can all know more about horrific mass murders! This “column” is less feminist/queer focused than the rest of the site because when something is feminist/queer focused, I put it on the rest of the site. Here is where the other things are.

The School (March 2007), by C.J. Chivers for Esquire – “On the first day of school in 2004, a Chechen terrorist group struck the Russian town of Beslan. Targeting children, they took more than eleven hundred hostages. The attack represented a horrifying innovation in human brutality. Here, an extraordinary accounting of the experience of terror in the age of terrorism.”

Love in the Time of No Time (November 2003), by Jennifer Egan for The New York Times – Okay, it’s hard to say which’s the funnest part to read of this, which is like an anthropological dissection of Online Dating during the Dawn of Online Dating, but the part where she explains how online dating profiles can be used to cyber-stalk your dates and are therefore bad for “jealous types” I thought Just wait ’til Facebook comes out, jealous types! There are a lot of Just wait ’til Facebook comes out! moments in this piece. Actually no though, the other parts are maybe more interesting. I used to use nerve personals in like ’04-’05, so much of it rings super-true, too, for that time.

How Wal-Mart And Other Huge Companies Support Horrific Conditions and Kill Workers (November 2012), by Adele M. Stan for Alternet – “…with the U.S. economy now wholly dependent on consumer spending, a vicious cycle has emerged to trap the workers of the developing world in the same sort of exploitive, deadly conditions that characterized American factories at the turn of the 20th century.”

Letters From Oslo (December 2012), by Julia Grønnevet for n+1 – Julia Grønnevet covered Anders Behring Breivik‘s trial in Oslo for the AP, and also wrote about it for n+1, and it’s really interesting and haunting and everything is explained so well.

My Superpower Is Being Alone Forever: Newly Single (December 2012), by Joe Berkowitz and Joanna Neborsky for The Awl – “I’m keenly aware of a certain G-chat window’s negative space on my computer screen all day. Unfortunate coworker fashion choices go criminally underreported. The pertinent details of which falafel place I did for lunch are lost to the ages. My day’s narrative simply loses its primary audience, as though cancelled due to low ratings and frequent profanity. I could continue the broadcast on Facebook, dispatching glossy post-breakup PR or the romantic distress bat-signal of Sade lyrics, but being heard is not the same as feeling known. Nothing can substitute for the presence of an actual human person who knows most of your secrets and still somehow wants to make out with you.”

One Spoonful at A Time (November 2006), by Harriet Brown for The New York Times Magazine – A mother coping with her daughter’s anorexia, attempting to understand anorexia, getting into all the research, and engaging in the Maudsley Therapy program in which parents, not nurses, are the ones in charge of the ‘refeeding’ and the recovery happens at home instead of in a formal recovery program.

Executrix: Reacting to the Death of an Abusive Parent (July 2007), by Pam Houston for Bad Girls: 26 Writers Misbehave – “My father’s lawyer identified himself, and then without any hesitation, told me my father had died from a massive heart attack during dinner at Country Meadows the night before… This was the moment some very essential part of me had been waiting for all of my life. What did I feel? I hadn’t the slightest idea.”

The Falling Man (September 2003), by Tom Junod  for Esquire – “Do you remember this photograph? In the United States, people have taken pains to banish it from the record of September 11, 2001. The story behind it, though, and the search for the man pictured in it, are our most intimate connection to the horror of that day.”