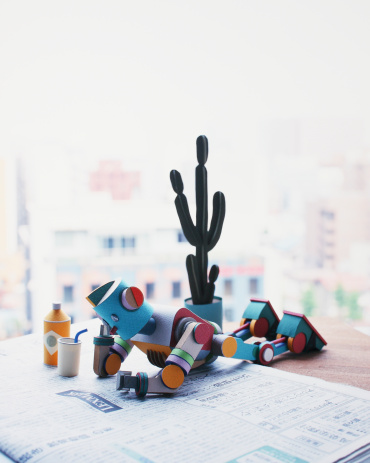 HAYLO and welcome to the 17th installment of Things I Read That I Love, wherein I share with you some of the longer-form journalism/essays I’ve read recently so that you can read them too and we can all know more about Angie Xtravaganza and law school! This “column” is less feminist/queer focused than the rest of the site because when something is feminist/queer focused, I put it on the rest of the site. Here is where the other things are. The title of this feature is inspired by the title of Emily Gould’s tumblr, Things I Ate That I Love.

Firstly, let’s talk about how the This American Life episode about the Foxconn Apple factory, which I once TIRTL’ed, has now been “redacted.” YUP:

The 38-minute monologue was an excerpt of a one-man show by Mike Daisey, in which he describes his experience visiting a Foxconn Technology Group factory that produces Apple iPhones and iPads in Shenzen, China.

In the monologue, Daisey details harsh working conditions and dramatic encounters with workers at the factory, some of which did not actually take place, the show said today.

Also if you’ve not yet read Why I Am Leaving Goldman Sachs, then you probably should, everybody keeps talking about it. Anyhow, onwards and upwards!

The Case(s) Against Law School (March 2012), New York Magazine – So o, some lawyers are suing law schools who overstate the possibilities of their graduates getting jobs, which could end up being a very very very big deal.

Housed (March 2012), Guernica – A real estate story by a writer who married a poet and tried to find a home in the Bay Area because it was her Mom’s one true dream –> “Is homeownership, despite three presidents’ best efforts, out of reach for the sinking middle-class? Good riddance, says one former homeowner.”

No Earthly Trace: The Vanishing of Justin Gaines (March 2012), Atlanta – Is this the 500th article I’ve read about parents who lost a child, like had their child disappear? I feel like it is.

The Slap of Love (1995), Open City – “This is the story of Angel Segarra, a Puerto Rican kid from the South Bronx who became Angie Xtravaganza, doyenne of the drag world made briefly famous by Jennie Livingston’s acclaimed 1990 documentary, Paris Is Burning.“

Honor Thy Father (June 1998), Texas Monthly – What strikes me about this one is how hands-off the community seems to have been despite the fact that the Dad in this story was clearly a complete fucking lunatic abusing his children.

On The Market (March 2012), n+ 1– “A classmate from college set me up at Sotheby’s, a company I knew little about. In my interview, I told my future boss that I had never been able to imagine an idea that could be best expressed by painting it. “But,” I added, making exaggerated eye contact, “appreciating art doesn’t mean you can send effective emails. I can write. I can make your job easier for you.” This is the best thing to say in an interview if you are young and unqualified to do anything other than maintain a personal blog. I started three weeks later. “

Bizarro World (August 2007), Boston – “That’s what my wife and I entered when we drove up to an arcade in Weirs Beach, New Hampshire, where she would attempt to break an official world record in the classic video game Tetris.”

Those Fabulous Confabs (February 2012), New York Magazine – “Smart talk has never been such a valuable commodity. It’s spawned conferences like TED, Davos, and now a slew of upstart competitors. It has made the eighteen‑minute TED lecture a viral online phenomenon. But are we running out of things to say?”

The Difference Between Public and Private Morality (March 2012), robertreich.com –  “Republicans have morality upside down. Santorum, Gingrich, and even Romney are barnstorming across the land condemning gay marriage, abortion, out-of-wedlock births, access to contraception, and the wall separating church and state. But America’s problem isn’t a breakdown in private morality. It’s a breakdown in public morality.”