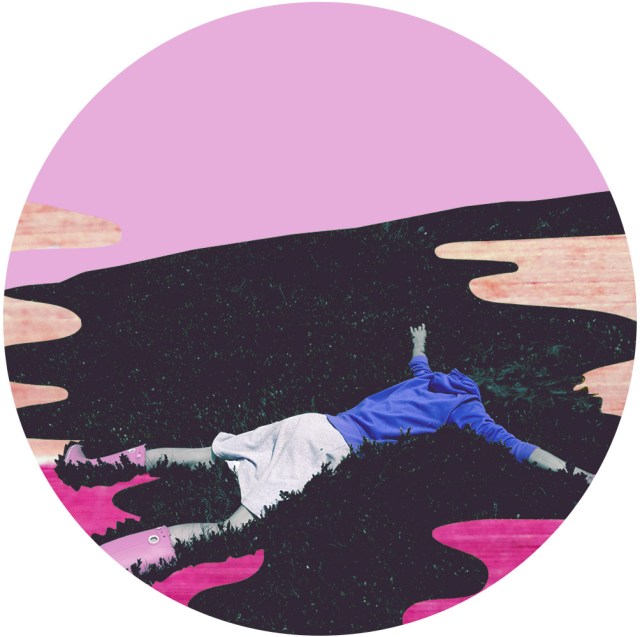 “Would you like a plastic bag for ten cents?”

“Ten cents for a plastic bag?” he asks incredulously. He is older, white, bearded. I’d believe he was a professor if it wasn’t so obvious that he’s not from around here.

“Yes, it’s a city ordinance to cut down on plastic bags.”

“That you benefit from! It’s profitable environmentalism!”

I inhale the thought: “Yes I am paid minimum wage at an independent bookstore, but every night I swim in the millions of dimes I have personally gained from this city policy.”

“Can I get a receipt or does that cost ten cents too? It didn’t read my credit card, do I need to pay a fee for that?”

I hold in my eye roll until he walks out the door, and then make eye contact with my coworker. We both make the “customers are terrible” face and, smiling, I go on my break.

Last year I quit my well-paying city job to go back to school and work in retail and my mother still hasn’t gotten over it. To her my decisions seem like symptoms of mental illness that plagued my grandmother and great grandmother. It’s hard to explain why I needed to leave the world of business casual clothing and passive aggressive emails to feel sane again.

I had been at my job a month when Donald Trump was elected president and I can still remember the anxiety I felt sitting in my office, alone, trying to look like I was working as panic was bubbling up inside of me. Even in the liberal city of Cambridge, MA there is a pressure on government employees to be unbiased, so even though I wanted to hide under my desk and cry, I would spend my day replying to emails and occasionally seeking out the other queer person in my department and sitting quietly with them. It took me a while to recognize my feelings of fear and hopelessness as the silently spreading depression to which I was so accustomed.

In my first week at the bookstore I realize that almost every other member of the staff is queer. The older man who has been here for twenty years, the twenty-two year old from Kentucky who graduated last year, the Smith alum who wears sweatpants and listens to D+D podcasts. Our token straight man tells me he has kissed two of his male friends and tells me he learns a lot from me when I talk about gender theory.

I’ve come to believe that depression destroys your sense of time. Days drag on and it seems impossible that you will last until the end of the week, but then the weekends fly by in seconds. It is the worst in February, the longest short month imaginable. In my mind February is shrouded in darkness, snow piling up on the sidewalks, and it’s all I can do to drag myself out of bed every morning, pull on the same sweater I wore the day before, and leave the house.

It is a February afternoon in 2017 when my boss sends me an email appointment for a meeting with her and our director of human resources. Great, I think to myself. I’m going to get fired.

I don’t get fired, but I do get an extended list of ways I have been failing at my job. I need to maintain the room schedule, I need to reply to emails faster, I need to dress better. There is no dress code in my workplace due to union policy but my winter sweaters are still not up to par. I want to cry but I work in events, and I can’t go home until 8pm. Instead I spend the afternoon wondering how much it would hurt if I bit off my finger. Would the emergency room nurses at the ER know what I had done? Could I tell them it was slammed in a door or bitten off by a wild animal? Would I have to go to the psych ward? If I was in the psych ward could I finally get some peace?

I start wearing dresses to work and try to cover my eye circles with makeup.

It’s June 2018 and a customer tells my token straight coworker that she would feel more comfortable asking him about literature if he wasn’t wearing a soccer jersey. We laugh hysterically when she leaves at the absurdity of the comment. Imagine thinking people only know about the topics written on their shirt. My coworker jokes “then she wouldn’t know anything.”

My director decides that we will plan a panel for the city to discuss how we go forward from the 2018 election. It is my job to coordinate the panel and a cocktail party for donors, something we have never done before. For weeks beforehand we have meetings and walkthroughs and technology tests. Until the very last minute I have new suggestions for how to arrange posters and set up the slideshow. All of the speakers are friends with our donors and the room is filled with predominantly older, wealthy, white heterosexual couples. In a meeting I suggest more diversity and I am told that we have a “diversity of professions.” Then I am told the quality of the microphones is unacceptable and sent on my way.

It is pride month and our book display is not my favorite. There are a few good biographies and of course “Call Me By Your Name” makes an appearance, but none of it feels like it’s something I would read. So, our queer booksellers come together to create a display of queer genre fiction and it is freaking incredible. There are mysteries by trans authors and children’s books with dragons and women falling in love while pulling heists. Our manager features the display on all our social media.

That same month a preteen comes in and asks us if we know any books with characters that use “they” pronouns and three of my coworkers have suggestions. Their mom comes up and thanks us afterwards for our enthusiastic response, and says “it’s so amazing to see you all dressed up in your pride gear!” It’s only then that I register that one coworker has rainbow hair, another is wearing a shirt that proudly shouts “boi!” and I’m repping Autostraddle with my “Gender Traitor” tank.

I feel crushed under the weight of professionalism. My therapist has referred me to a psychiatrist who has prescribed me Prozac which helps me keep my head above water. Being in my office makes me anxious and not being there makes me feel guilty. I think about leaving but feel that I would be giving up just because it’s hard.

Most digital job applications have a place where you can disclose if you have a disability, and under the list of conditions “major depression” is listed. I can never quite bring myself to check the “yes” box. Is it really that bad? Would I be claiming something that isn’t mine? How would a job provide accommodations when sometimes what I need is to just stay home and sleep.

In March I start reading The Queer Art of Failure by Jack Halberstam for what is probably the third time but this time it strikes something deep inside of me. Halberstam argues that how we define success is tied to heteronormativity and capitalism, and how failing to achieve can actually represent an avenue for potential revolution. Using Pixar, Halberstam makes analogies to the labor movement, the power of the collective, and the potential of disrupting linear timelines.

“What if” I think, “failing at this job can be a good thing.”

The next month I apply to grad school.

A man calls the bookstore looking for a book of art by John Singer Sargent. Our connection is bad and I ask him to spell the last name, unsure if I had heard correctly.

“I have to SPELL the name of the artist? For a bookstore employee?” he exclaims into the phone.

“I’m sorry sir, I just wanted to make sure. It doesn’t look like we have that book would you like me to order–” I stop talking at the sound of a slammed phone.

One of our regulars has the same name as my brother and I have to consciously remind myself not to call him by a collection of nicknames that other kids teased my brother with. Allie, Al-Pal. He is homeless and keeps his bag of belongings in our storage closet during the day. When he comes in to charge his phone sometimes we talk about how the influx of tech companies has rapidly changed our little city of Cambridge, making it harder to work and live in. He is from Scotland, like my dad, and he has travelled the country, picking up work where he can and getting really badass tattoos. He is polite and considerate, in opposition to some of the residents of nearby Harvard University, and many of the tourists who come to marvel at its grandeur.

Al is a person who has failed capitalism, or who capitalism has failed, but I am beginning to think that failure allows a person to remember their humanity.

I take out some loans and go back to school. I make minimum wage but for the first time in a long time I like my coworkers. I worry though, when money is tight or customers are rude that maybe I’ve made a mistake. Should I have stayed at my well paying government job? Would I be better set up for the rest of my life? Would it have been a better opportunity if I hadn’t given up, if I hadn’t failed?

One day I pass one of my old colleagues walking down the street. We catch up on news and she says “You look happy! One day I’ll be happy too…”

I think about my past year. I think about quitting my job and going back to school and moving apartments. I think about getting engaged to my girlfriend of four years and planning a future that maybe isn’t typical, but is perfect for us.

I think maybe failing is the best thing I’ve ever done.

Marnie is a grad student in Gender and Cultural Studies at Simmons College. She's angry about neoliberalism and people who make money by putting Frida Kahlo's face on tote bags. Her style icon is Harry Styles and all dogs are her friends. Follow her on instagram @marnicus

Marnie has written 1 article for us.