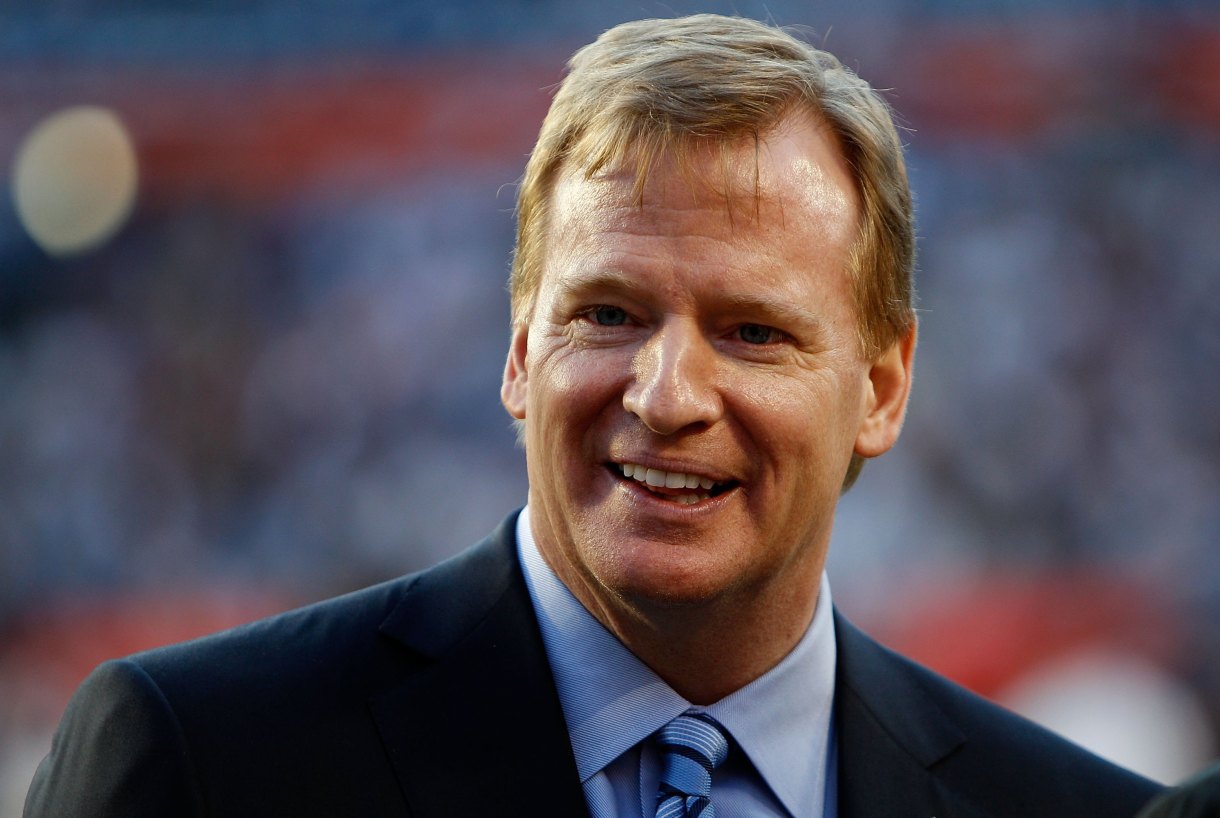 The commissioner outlined the following six measures that the NFL will take to update its policies.

One: Education for rookie and veteran players about domestic violence and sexual assault.
Two: Club Player Engagement Directors, Human Resource executives, and other team officials will receive training so that they can better identify and help players who are at risk of engaging in or experiencing domestic violence.
Three: The aforementioned training will also be offered to NFL LifeLine and NFL Total Wellness program staff.
Four: The educational components of the NFL’s domestic violence and sexual assault prevention initiatives will extend to the NFL’s college, high school, and youth football programs.
Five: The NFL will endorse domestic violence and sexual assault awareness and prevention programming in its public service work.
Six: “If someone is charged with domestic violence or sexual assault there will be a mandatory evaluation and, where professionally indicated, counseling or other specialized services. Effective immediately, violations of the Personal Conduct Policy regarding assault, battery, domestic violence or sexual assault that involve physical force will be subject to a suspension without pay of six games for a first offense, with consideration given to mitigating factors, as well as a longer suspension when circumstances warrant. Among the circumstances that would merit a more severe penalty would be a prior incident before joining the NFL, or violence involving a weapon, choking, repeated striking, or when the act is committed against a pregnant woman or in the presence of a child. A second offense will result in banishment from the NFL; while an individual may petition for reinstatement after one year, there will be no presumption or assurance that the petition will be granted. These disciplinary standards will apply to all NFL personnel”

In his letter, Goodell explained “These steps are based on a clear, simple principle: domestic violence and sexual assault are wrong. They are illegal,” stating the obvious for anyone with a basic understanding of human rights. 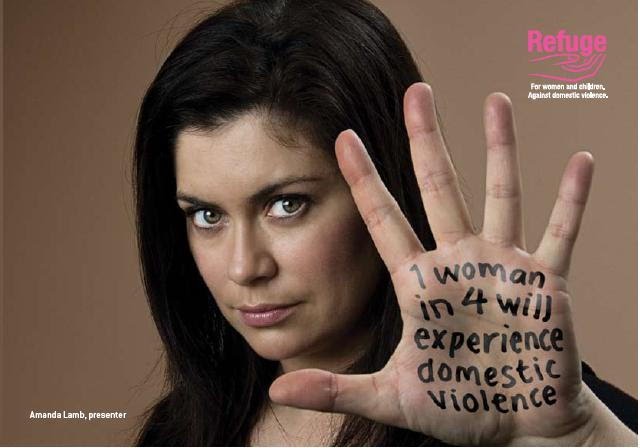 via Reach of Clay County

The National Network to End Domestic Violence (NNEDV) — one of the organizations that has worked with the NFL for this change — commended the NFL’s Action Plan. “Commissioner Goodell acknowledged his mistake, took ownership of it, and is determined to make the NFL a model for the nation in addressing these complex issues. This is a huge step, and we are proud to work with the NFL toward ending violence against women,” Kim Gandy, the President and CEO of the NNEDV, asserted in a response.

Goodell’s amended policies finally establish some standard for violent, off-field personal conduct. The NFL has had clear stipulations about drug use violations, with a 32-page long Policy and Program for Substances of Abuse, versus a two and a half-page long Personal Conduct Policy. In Allison McCann’s self-developed map of NFL suspensions, she found that on average, players receive a suspension of four games or less for violent, criminal behaviors. McCann explains this trend, stating:

“Since 2002 (the first instance I could find), 38 percent of conduct violators received a one-game suspension. In this group are Larry Johnson, who spit his drink in a woman’s face, and Ricky Manning, Jr., who assaulted a man outside a Denny’s restaurant. Another 19 percent of players received two games, among them Jeremy Bridges, who pointed a gun at a stripper. Marshawn Lynch was among the 21 percent of players to receive a three-game suspension — after he was arrested for having a gun in his car. Even fewer players — 13 percent — received four games, and their cases ranged from sexual assault to multiple DUI arrests. The longest suspension went to Adam “Pacman” Jones, who was suspended 20 games (the entire 2007 season and the first four games of 2008) for numerous arrests and altercations with the police.” 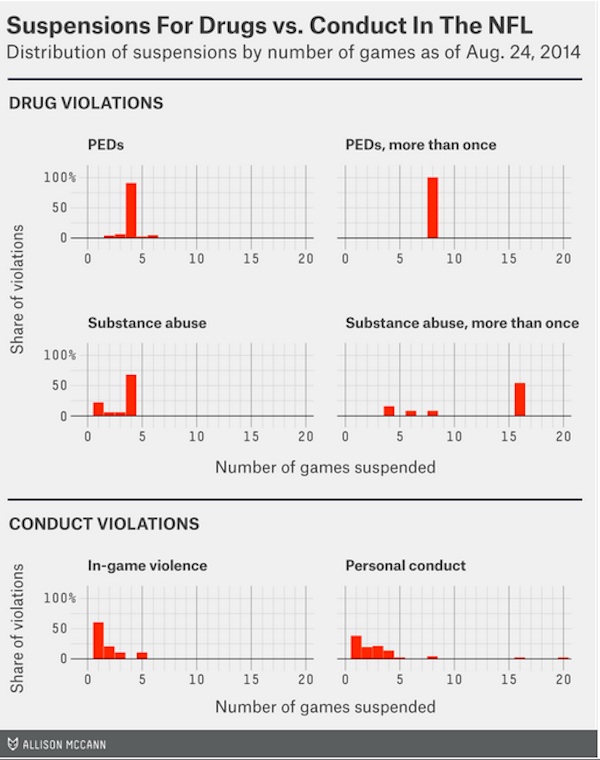 Interestingly, when compared to other athletic organizations, particularly in the United States, the NFL is actually ahead of the game. Major League Baseball (MLB) has changed its drug policies three distinct times in the last year, but has no policies with respect to cases of domestic violence. According to the MLB Basic Agreement the Commissioner has the authority to investigate any situation that is “detrimental or materially prejudicial to the best interests of Baseball,” but discipline is left to the discretion of the Commissioner, the Senior Vice President, Standards and On-Field Operations, or a Club, when authority is deferred to it.

Meanwhile, U.S. Soccer, the national governing body for all U.S. soccer teams, has been promoting Hope Solo’s bid to break the all-time shutout record, in spite of recent domestic violence charges the player has received for assaulting her sister and nephew. In fact, the only athletic organization that seems to punish its players for on-and-off field instances of violence with any severity is the National Basketball Association, with 22 players suspended for as little as seven games to as many as 86. Important to note is that the majority of these players were suspended for violent involvement in the 2004 Pacers-Pistons brawl, and only one (Ron Artest, who was coincidentally a key figure in the Pacers-Pistons brawl) was suspended for seven games due to a misdemeanor domestic violence charge.

However, Article VI of the Player Conduct, does discuss ways to discipline and manage violence. The Player Conduct states that “When a player is convicted of (including a plea of guilty, no contest, or noel contender to) a violent felony, he shall immediately be suspended for a minimum of ten games.” Furthermore, if the the NBA and/or Players’ Association suspects that a player has engaged in off-court violence, the player has 72 hours to undergo a clinical evaluation by a neutral party and to attend appropriate counseling if decided by the neutral party. (If the player refuses to go to counseling, he owes the NBA $10,000 for every day after the 72 hours he skips out.) 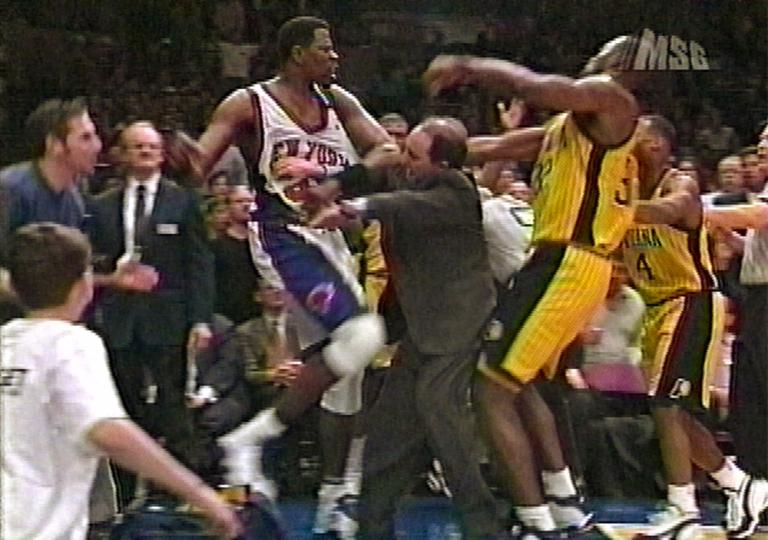 In any case, the NFL’s opportunity to test out the Action Plan will come sooner rather than later now that police have arrested San Francisco 49ers’ Ray McDonald on suspicion of domestic abuse. His pregnant fiancée showed cops bruises on her arms and neck, according to the police, though they did not speak about the specifics of McDonald’s arrest. Christopher Mollering, a women’s legal rights expert, guesses that in McDonald’s case, the NFL will take a decisive stance to prove the validity of their recent change. “Given how much flak NFL Commissioner Goodell and the NFL took after suspending Ray Rice only two games, and in light of how recently the league released its new policy — minimum suspension of six games, plus enhancements for incidents involving pregnant women – I would expect a suspension of at least eight games,” Mollering supposed.

Goodell isn’t racing to prove anything to anyone, however. In his most recent statement, Goodell said he “won’t be moving rashly to enforce the league’s newly enhanced personal conduct policy,” and that it’s important to “let the process play out, get the facts, and make sure you understand all the circumstances.”  He claimed that “We don’t (know the facts) right now and we’re obviously following it very closely. But the policy will be applied uniformly across players, coaches, executives, commissioners. I think we made that very clear in the policy.”

Roger Goodell’s Action Plan truly may bring the NFL a step beyond the pitiful precedence of disciplining violence in U.S. athletics. However, while the NFL’s Action Plan offers officials a template to handle domestic violence and sexual assault cases, it’s not really a step in the right direction. Step suggests a move forward, whereas the Action Plan is more of a gesture towards accountability. In his piece “So What’s Actually New about The NFL’s New Domestic Violence Policy?”, Barry Petchesky argues, “Now the NFL gets to see its name in headlines touting its zero tolerance policy for domestic violence… But Goodell’s “Message: I care” announcement today isn’t about specifics; it’s about projecting an aura of authority.” The NFL has stumbled over the low bar it has set for itself to appeal to a public that simply wants to see this athletic organization attribute as much gravity to a player’s violent actions as it does to a player failing a second drug test. Also, the clarification that a six-game suspension is subject to adjustment due to “mitigating factors” implies that officials could easily shorten the length of a player’s punishment for any reason. The lifetime ban is also vulnerable to compromise given that a player can petition said punishment after a year. Although Goodell’s letter is long and full of pretty words, this Action Plan is hardly radical, or even very progressive.

Although Goodell’s letter is long and full of pretty words, this Action Plan is hardly radical, or even very progressive. But the Action Plan is not useless, even if it is rather shallow in effect. The NFL is a symbol of patriarchy and many times blatant misogyny, from its obviously sexist Super Bowl commercials to the shameful way that many NFL teams treat their cheerleaders. That the NFL is now saying at least “hey, violence against women is bad,” sends a message to the thousands of people who invest in this institution — a message that, sadly, may not be overly familiar to them. Furthermore, if the NFL is willing to educate the young people who attend their football programs, and to endorse messages that promote the wellbeing of women to some degree, I will take it. It would be foolish and untruthful to act as though the NFL doesn’t hold a lot of socio-cultural authority in the United States; if one of the many problematic bastions of “Americanness” can give publicity to domestic violence and sexual assault prevention, perhaps that threat to misogyny will go some small way towards holding the public accountable.