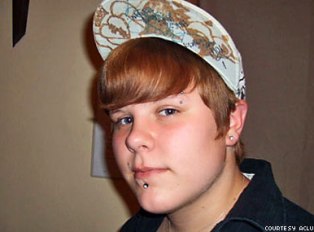 PROM: Yesterday we told you about the principal who canceled prom because a student wanted to bring her girlfriend as her date. But after a ton of negative publicity, the principal has had a change of heart and now Cynthia Stewart can take her girlfriend to prom. This just shows what a good public outcry can get accomplished! You asked for more lesbians in tuxedos, and you got ’em. (@advocate)

FUNERAL RIGHTS: The Rhode Island governor vetoed a bill that would give members of same-sex couples the right to plan their partner’s funeral. He was afraid the bill might erode marriage privileges rights. That is pretty damn cold, to deny someone rights after the death of a partner. Luckily, the Rhode Island legislature usually has enough liberals to override the governor’s objections. (@cbsnews)

ELEMENTARY ACTIVIST: An Arkansas fifth-grader is refusing to say the pledge of allegiance in school until gay people have equal rights. His parents taught him about the issue, and he decided to take a stand by sitting during the pledge. He even told a teacher to go jump off a bridge when she tried to make him say the pledge anyway. Of course, now he’s getting teased by other kids, who call him gaywad (kids are so good at making up insults). But he’s persevering! Seriously, read this whole article; it’s heartwarming. What an awesome boy. (@arkansastimes)

HIV/AIDS: According to the World Health Organization, HIV/AIDS is the leading cause of death among women age 15-44. My first guess would have been breast cancer, but there you go. “Of the 30.8 million adults living with HIV in 2007, 15.5 million were women.” Does this disprove the stereotype that HIV/AIDS is a gay disease since about half of people infected are probs straight women? (@joemygod)

REAL SEX: Fergie did an interview with the Advocate for their upcoming issue. She said some nice things, like how marriage inequality is completely ridiculous. But there’s also this: I think women are beautiful… But just because I enjoy women doesn’t mean I’m allowed to have affairs in my relationship. I learned through talking with my therapist that it is still cheating even if it’s with girls. Obvs it’s still cheating! Lesbian sex is, in fact, real sex! I can’t believe she paid a medical professional to tell her that sex is cheating. (@advocate) 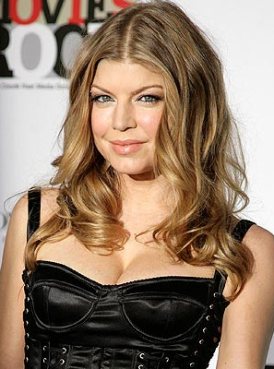