We generally don’t get to review books from a mainstream publisher, mostly because there aren’t many mainstream publishers that publish books featuring queer characters and queer story lines. Wonderfully, The House At The End of Hope Street by Menna Van Praag, published by Viking, is an exception. But it’s a little funny, you see, because I can’t talk to you about the queer character. I can’t talk to you about her struggles, her journey, her anything really. Because this queer character is a surprise. 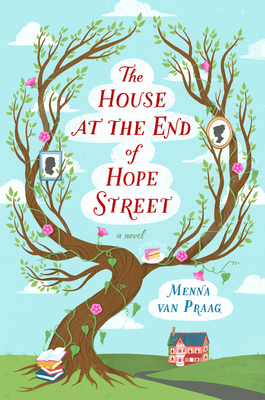 The House on Hope Street is a story almost entirely about women who need a little bit of time to get their feet under them after tremendous heartbreak, loss and grief. The doors to the house open to each of its would-be tenants for ninety-nine days only, and only at their lowest of low points. The House opens to women of great potential who have lost their way and has done so for hundreds of years. But it’s not just a place to live rent free while you write your break out novel or paint your masterpiece – no, this House comes equipped with whip smart ghosts, magic closets, an enchanted caretaker who eats chocolate cake for breakfast and notes that fall from thin air offering advice. Each resident of the House at the End of Hope Street can hope to find not exactly what they were looking for, but ultimately what they need. The magic in the house was enchanting and the book kind of felt like one enormous hug in prose.

I was actually super worried going into this book – would a mainstream publisher and a best selling author treat the queer character right? Yup, they did! Van Praag pretty accurately represented the stress of keeping a secret – she really maintained the emotional truth of said character all the way up to and through the big reveal of her sexuality.

This book is feel-good and I highly recommend it for hammock reading. Even if you don’t have a hammock, it should definitely go on your summer reading list, especially if you’re going through a tough time at the mo’. Sometimes you just need a happy story to pick you up and dust you off. This is that story.

I was super intrigued by the author, Menna Van Praag. After all, there just aren’t many books featuring queer characters that are presented and marketed to a mainstream audience. I wanted to know a little bit more about the process and a little bit more about her choice to include a queer character. I caught up with Van Praag to ask a few questions, and despite the time difference (Van Praag is based in the UK!) we did manage to connect!

So I can’t talk about which character is a lesbian and how that impacts her storyline because this is a big reveal in your book. Can you talk to me a little bit about why you chose to keep this aspect of the character secret for a good deal of the story? What response did you want to elicit in the reader by choosing to do a “big reveal” of her sexual orientation?

Actually three of the characters are lesbians, but yes, only two of them secretly so. By keeping it a secret throughout the story I wanted to play on people’s prejudices, their assumptions of certain aspects of sexuality and gender. Again, it’s hard for me to explain myself without giving the game away! I also wanted a mainstream audience of mostly heterosexual women to experience empathising with a character before ultimately realising she’s a lesbian.

You’re working with a lesbian character in a book that’s intended for a mainstream audience with a mainstream publisher, which I think is completely awesome: we need more queer characters in work that’s not explicitly for a queer audience. Can you talk a little bit about how that’s been for you? How has the support been?

Yes, my editors at Viking were completely supportive, they didn’t question my choice for a second. Happily, most of my straight readers have embraced the lesbian character just as strongly. Sadly, of course, some haven’t. In fact, I encountered a disgruntled reader at a book signing recently. Hopefully though, as we have more lesbian characters in mainstream fiction the tide will turn in favour of equality. We’ll know that’s happened when the sexual orientation of a queer character isn’t even a topic of conversation. I expect that’s a long way off yet, but I do hope my books help it to be sooner rather than later.

I kind of want to hear more about your disgruntled reader. What did she say and how did you handle it? How did it make you feel? I’m glad to hear she’s in the minority, but is hers a reaction you’ve dealt with more than once?  For all the writers writing queer characters out there, what’s a good pro-tip for dealing with this kind of disgruntled reader? 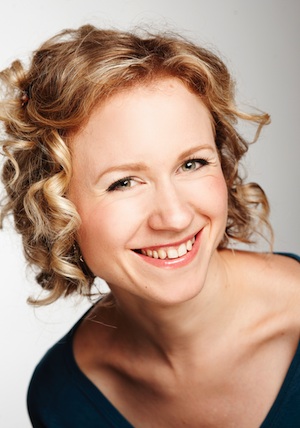 She took objection to the fact that this character was a lesbian. She felt the story could have been told just as well if she was straight. I told her that wasn’t the point. She asked why I made the character queer. I said why not? It wasn’t the first time and it probably won’t be the last, but all in all I’ve been pleased that such people – at least readers of The House at the End of Hope Street – have been in the minority. As far as advice to other writers goes, I’d suggest being diplomatic, and attempting to educate rather than alienate.

I’m going to ask you a variation on the question I asked Amber Dawn: how can we let publishers, authors and other industry professionals know that we want (and will pay for) stories, novels and work that feature lesbian and queer characters?

By writing them and buying them! Unfortunately, artistic choices today seem almost entirely dictated by financial concerns. So I imagine it’d be very rare for an editor to either want or be able to publish work to promote lesbians in the mainstream. It’s only as readers that we can influence equality. If we buy such works then publishers will produce them.

This isn’t really a question, more of a verbal high five: all your main characters are women. Cheers. Anything you’d like to talk about in that vein?

The House At the End of Hope Street is such an uplifting story and the house is a character all by itself – it leaves notes of encouragement and helps its inhabitants discover exactly what they need in their lives, and it has a bit of a snarky personality while doing so. What was the inspiration for the House itself? I feel like everyone could use a House At the End of Hope Street at some point, and I came to this book at a time when I could’ve used one – did the House arise out of your need for just such a lovely place?

Yes, I agree, we could all use such a house at some point in our lives. The particular practical magic of this house evolved out of my own experiences of finding the answers to living a happy life. I attend such seminars with Ariel and Shya Kane and much of the wisdom I’ve learnt there goes into my books. This story was initially inspired by a dream I have to buy a big house and give grants to aspiring artists (writers/painters/singers/actors etc.) to live there for one year and do nothing else but study and promote their craft. When I graduated from Oxford I waitressed full-time while writing at night, so I know how hard it is to fulfill an artistic passion while holding down a day job. Since I can’t yet afford to make that a reality I created the fantasy version first. It also evolved from my own emotional needs on a larger scale.

I really love the magic of the House, and it sounds like magic features pretty strongly in your next project as well. What are your biggest challenges in making a world where magic is possible? What are your favorite parts about creating such a world?

I love the magic too! So much so, in fact, that I don’t find writing stories with magical elements challenging at all. I look for the magic in every day life, I imagine it and invent it wherever I can. My favourite part about creating these world are living in them while I’m writing – I immerse myself so completely that my imaginary worlds become, as I write, more real than the real world.

Now that The House at the End of Hope Street is launching, what’s next? Can we hope to see more lesbian/queer characters in your next piece?

Absolutely! My next book is the story of a young scientist who falls in love with a bookshop owner, a man with a magical voice. She’s mourning the loss of her parents and needs the help of her grandmother, the seamstress who creates enchanted dresses that transform women’s lives, to learn how to love. She also needs to solve the mystery of her parent’s deaths.  It’s tentatively titled The Dress Shop of Dreams. Look out for it next year!

In your interviews, what’s the one question you wish people would ask you? Would you mind answering that question for us too?

What a great question! Okay. What is it you love most about writing? I love falling in love with my characters, losing myself in the twists and turns of a great story (these are often as much a surprise to me as to anyone) but most of all I love the words. The way a beautiful sentence feels on your tongue, the delightful surprise of a startling and lovely simile or metaphor. I simply love words.

I have to ask. What’s your favorite word?

Gosh, what a tricky question! I have so many, but the first that comes to mind is “enchanting“. I adore that word and probably overuse it far too much.

You can grab your copy of Menna Van Praag’s feel-good novel The House at the End of Hope Street right here. Let us know how you like it!

sign up for our newsletter
Related:book reviewinterviewliteratureread a f-cking book