Previously on The Fosters, Lena spilled a few too many emotional beans in Monty’s direction while Jude and Connor made out with each other’s faces while Callie finally came clean to Stef about why she agreed to go live with Robert. Also, Brandon sold a baseball. 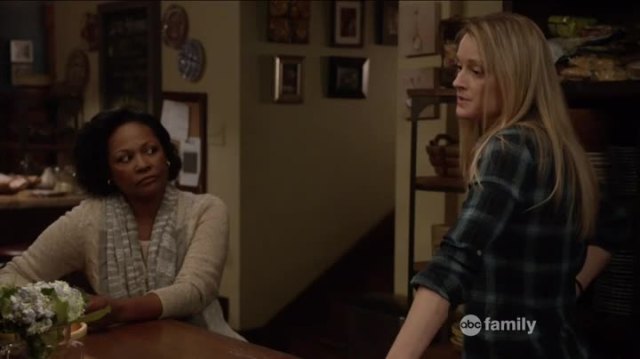 Just because Arya Stark is wearing a skirt in the new Game of Thrones promos doesn’t mean they’re de-tomboying her. 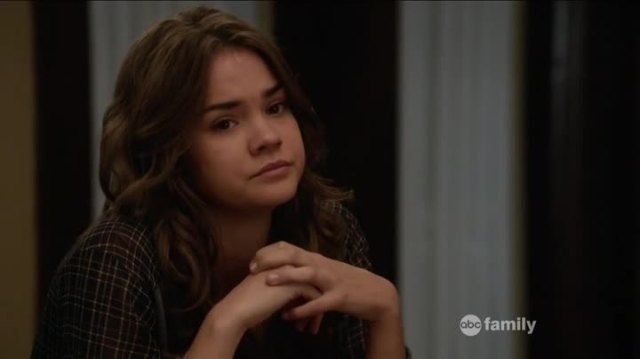 Would you ever wear a skirt? 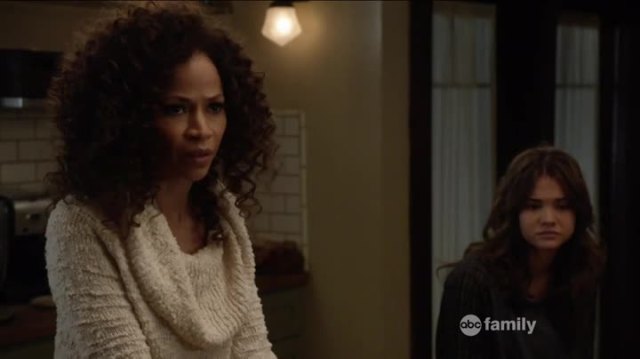 She’s right. You wore a Misandry t-shirt and jeans to church last time we went to hear my dad preach.

All Callie had to do was say the words “You’re my moms” (and they are!) to Stef and Lena, and they have tripled down on keeping her. They call their lawyer to their house for a strategy session, and this lady isn’t pulling any punches. She tells them it was always going to be a hard sell, and now that they’re having to factor Bro Code into it, it’s going to be very nearly impossible to convince the judge to side with them over Robert. All Stef wants Callie to do is ask Robert, in front of the judge, to let Callie live out her 180 days of foster custody with them. She thinks Robert will have to agree because he wants to look good. Both the lawyer and Callie are worried that Stef and Lena are spending dollars and hit points on a game they can’t win, but so was interracial marriage and same-sex marriage just a very few years ago, so they’re used to beating the odds.

All the Adams Foster kids are in the bathroom trying to brush their teeth, and like always when they are gathered in the same space, everyone starts shaking the secrets out of their hair. 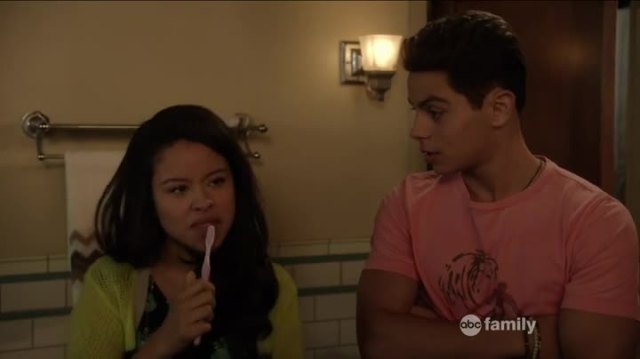 I saw Mom’s handcuffs clamped to the headboard when I was in their bedroom earlier. 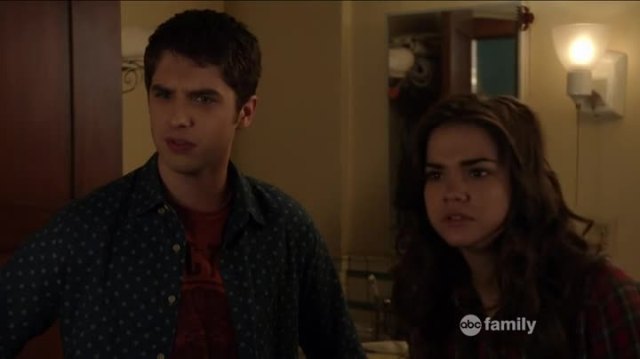 Mariana: Everybody calm down. There’s going to be more room soon because Jesus is going to boarding school on a scholarship. But, well, that’s not exactly true because the baby will be small but will probably get her own room. Brandon’s room. Which means you’ll be moving in with Jesus, Brandon.
Callie and Brandon: Wait, Jesus got an academic scholarship?

Once Mariana has scooted, Jesus explains about Anna’s baby and says there’s no way Stef and Lena are going to adopt her.

The next morning, Stef and Lena go over the things they have to do today: Feed and clothe five kids, work ten hours at their jobs, reschedule with Jesus’ wrestling guy from the Testosterone Academy, hit up the judge at lunchtime to convince him to let Callie stay for a while, and get slightly passive-aggressive about how much say Stef’s ex-husband and Lena’s new boss get in terms of raising their children. Lena wants to have Monty over for dinner to scope out the scene there, especially because she’s a graduate of like every single Ivy League school, and Stef knows academia really gets Lena going. Lena does not want to have Monty over because the DVR is at 86% and if they don’t start watching and deleting stuff, it’s going to stop recording new episodes. 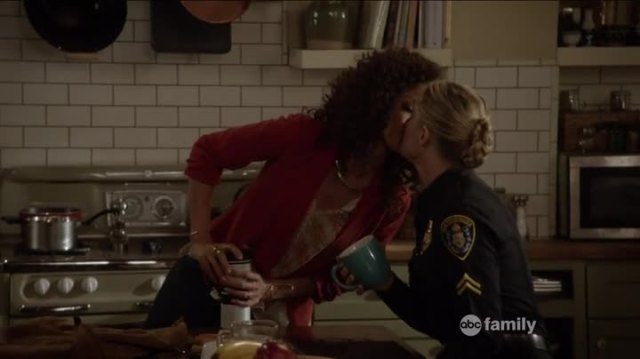 I put your handcuffs in your bag.

As soon as Lena has left for work, Stef opens up the laptop she shares with her wife* and clicks on a folder on her desktop** and inside it is a report from a PI about Robert Rich’s misdeeds, including: a mistress.

Mariana is still trying to recruit for her dance team, so she’s psyched when Jesus tells her Emma used to be a cheerleader. Mariana stalks Emma down at school like a lion does a zebra and yells about her being a cheerleader one time. Emma ducks her head down and her eyes dart around like Mariana just outed her as a Russian spy or something. Mariana explains that dance team stuff isn’t cheerleading stuff. They’re not on the sidelines; they’re the game! Emma seems like the kind of girl that is always moved by rousing pep talks in sports movies, and Mariana’s feminist monologue moves her just as good. She agrees to give it a go. 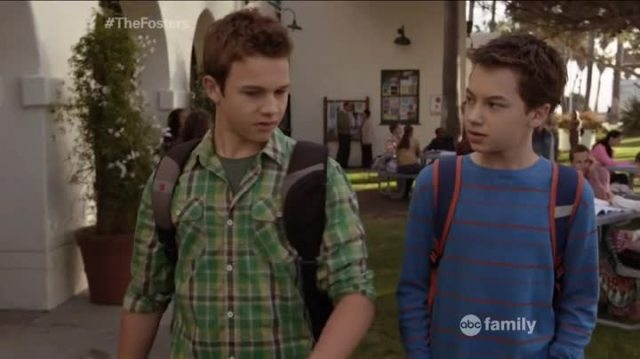 Yes, they were! The Fox and the Hound were totally gay! 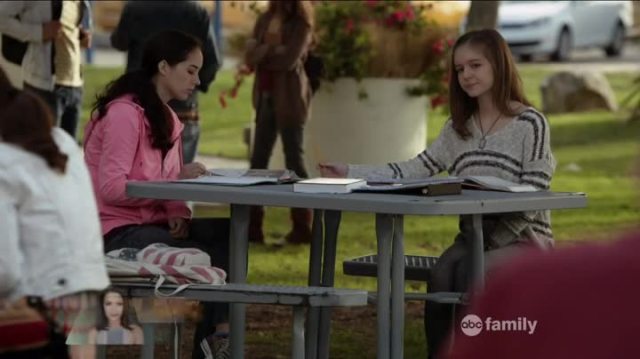 Surrounded by gay boys and straight girls. I’m never going to make out with anyone.

Jude: Connor, hey, do you have some gum? The bathroom at my house was packed this morning and I forgot to brush my teeth.
Connor: Kiss me and I’ll tell you if your breath is okay.
Jude: Haha. Yeah, okay.
Connor: No, for real, do you want to study/make out this afternoon at your house?
Taylor to Daria at a picnic table across the way: Your boyfriend is gay, by the way.