The Devil in Ohio has everything: a Satanic cult, a dead pig on a stick in a cornfield, high-necked dresses, a P!nk concert t-shirt stolen for usage in a Lucifer-related shrine, a mysterious white van, a religious leader communicating telepathically with a crow, Dr. Temperance “Bones” Brennan, childhood trauma therapy, a teenager ditching her Movie Night tradition with her Lifelong Best Friend for a popular person’s party, groups of hooded figures in Plague Doctor masks, a child singing “Don’t Rain on My Parade” for a Thanksgiving Talent Show, a butchered deer, a renovated McMansion, white women in velvet cloaks, dueling “Carrie” costumes, a blonde chanting things in a white nightgown in the rain, an asthma attack and, of course, the reason we are all here today discussing this program — a slight wisp of a lesbian storyline.

Also, The Devil in Ohio is bad, although somehow still compulsively watchable and engaging enough. The gist of it is this: a doe-eyed blonde teenager named Mae (Madeline Arthur) with the personality of a very conniving paper plate arrives in the hospital unable or unwilling to communicate her origins but a Pentagram carved into her back indicates she hails from an abusive situation. Suzanne (Emily Deschenel), a psychiatrist at the hospital, ends up taking her in when other foster placements don’t pan out, inviting Mae into the home she shares with her erstwhile contractor husband Peter (Sam Jaeger) and her three daughters: teenage photographer Jules (Xania Dotson), high school queen bee Helen (Alisha Newton) and their youngest, the very animated scene-stealer Dani (Naomi Tan). Meanwhile, Detective Lopez (Geraldo Celasco) wants to get to the bottom of Mae’s abuse and expose the cult that’s taken over a nearby county, committing unspeakable evils under police protection. As Suzanne gets increasingly embroiled with Mae and wanting to uncover her past, Suzanne’s family battles their own overlooked demons as Suzanne’s abusive childhood informs her urge to make a series of objectively idiotic choices in order to protect this bizarre newcomer. 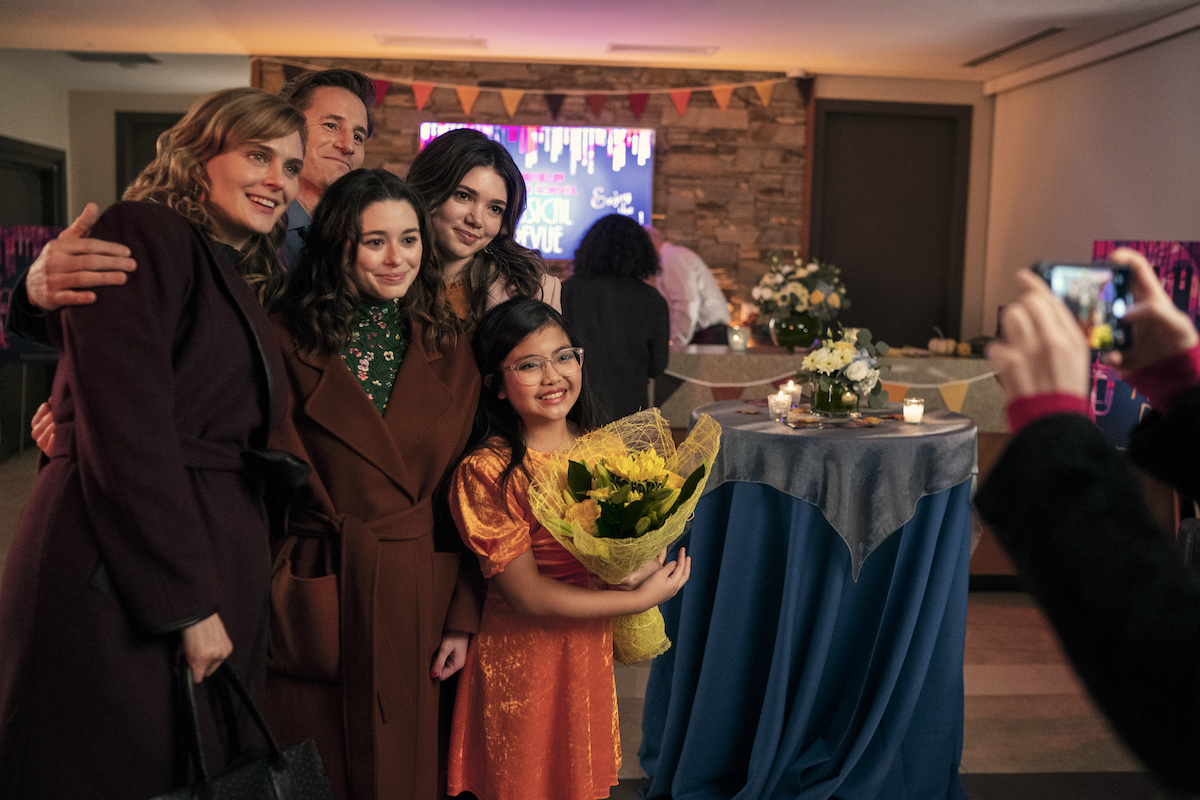 The very minor queer storyline — featuring queer actor Djouliet Amara as Tatiana Nelson, paired with the aforementioned Helen, played by Canadian actress Alisha Newton, who came out as bisexual on Monday (we love to see it!) — is a sweet and authentic reprieve from the dull drone of the rest of the story, largely due to the actors’ nuanced and heartfelt performances that elevated often one-dimensional material. But their story also felt rushed, and could’ve used more time to breathe as well as a more concrete link to the central narrative. This was true of so many of the story’s side-plots, like the detective’s simmering romance with another detective and Jules being an asshole to her cute gay best friend. Meanwhile, we’re forced to endure endless minutes of Suzanne’s therapy sessions when her whole deal could’ve been easily summed up in a tight five. 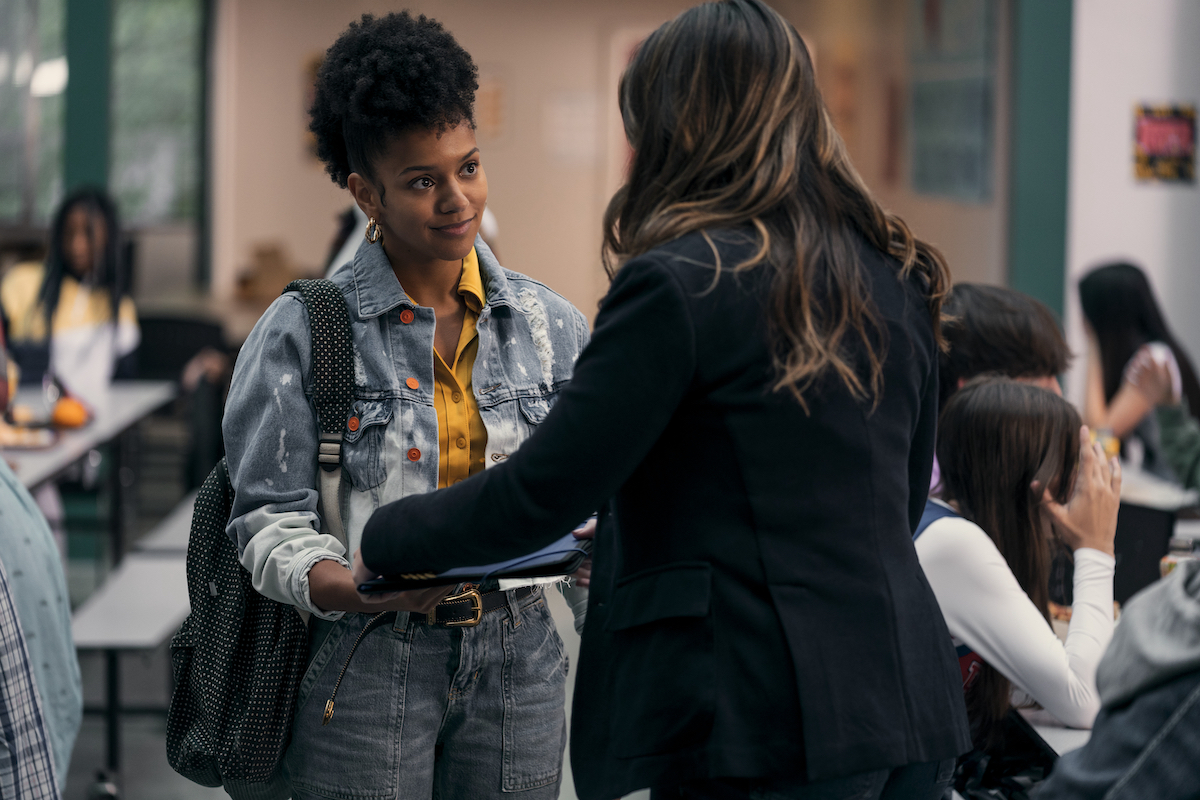 I’d initially assumed The Devil in Ohio had been birthed out of a Netflix algorithm that determined the precise intersection of suburban family drama, tepid thriller and Cult Stuff necessary to entice an exhausted audience (myself included) into a six hour lull of one-dimensional characters, “Go Buckeyes” and Satanic abstractions. But it is in fact based on a novel that I am confident is better than the show although I have never read it.

There’s a lot wrong with The Devil in Ohio, but perhaps its most grating error is the titular Devil himself. Despite the alleged research that went into creating this fictional cult, the show often seems to get Satanism quite casually wrong, lazily misrepresenting the practice and its culture in favor of some kind of contemporary Satanic Panic narrative that ends up feeling oddly conservative.

The Devil in Ohio is obviously not attempting to represent the actual Church of Satan, a progressive organization built in late-’60s San Francisco and comprised of countercultural “cynics and pragmatists, atheists and libertarians” who crusaded against organized religion. The concept and practice of Satanism, and its symbolic employment by mainstream religion and government as a way of categorizing and punishing outcasts, has been around since the concept of Satan was introduced by Christian mythology a trillion or whatever years ago.

But one consistent element of Satanism has been its existence in opposition to the Christian Church and mainstream culture. In The Devil in Ohio, that element is basically stripped away, replaced with these Satanists simply existing in opposition to… people who think murder is bad? People who don’t worship Satan? What’s the point here? What’s behind this cult and what’s its endgame? What motivates its leaders and what enchants its followers? 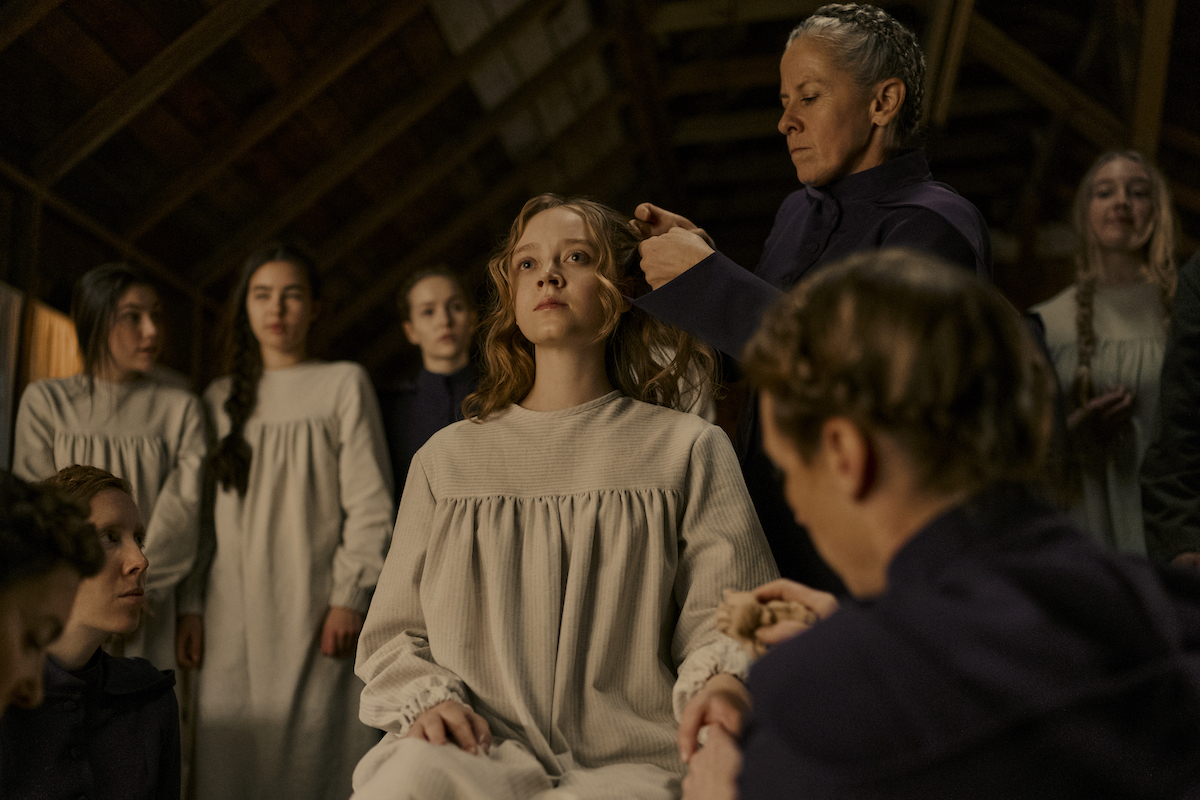 While a quick google suggests The Devil in Ohio is based on a true story, it isn’t — the team studied actual cults to concoct its own, but there’s no indication why they chose to center theirs on Satan, rather than any number of more compelling choices. There was, allegedly, a Satanic group with Wiccan associations founded in mid-century Toledo, but like so many Satanic groups, there were no ritual sacrifices of human life.

Mostly, designating the cult as “Satanic” is the flattest possible choice in a story riddled with flat choices. What makes religious fundamentalism and its cultish offspring so intriguing is its dichotomy; how it exposes the violence and oppression lurking beneath so much popular and allegedly ethical religious texts. These groups promote brutality, misogyny, rape and dictatorship in the name of purity and godliness. Many other cults, including cults that maybe even use Satanic iconography, are often under the thrall of a charismatic leader creating their own theology and exerting power through a kind of internal brainwashing, a situation that is on its own simply psychologically fascinating.

But in The Devil in Ohio, Satan is bad and so these guys are bad and also quite boring and there’s nothing complex or interesting about it.

Despite all of these reservations, I binged the series rapidly while performing a series of basic household tasks, and I imagine perhaps that many of you will do the same.

In conclusion, I wonder how P!nk feels after her song appeared in an incoherent cringey scene in They/Them and now her concert tee appeared in The Devil in Ohio. Probably fine because she’s rich and a talented acrobat.