Hello lovers! It’s the Teen Choice Awards! Is there anything more exciting than watching Justin Bieber win award after award? I, for one, am riveted already.

Along with Justin Bieber, Flo Rida, Carly Rae Jepsen, DJ Pauly D and No Doubt will performing. Yes. No Doubt. This is something to actually be excited about.

Demi Lovato and that Other Guy We Hate From Glee, Kevin McHale, are hosting and it all starts right here (and on Fox) at 8pm EST. 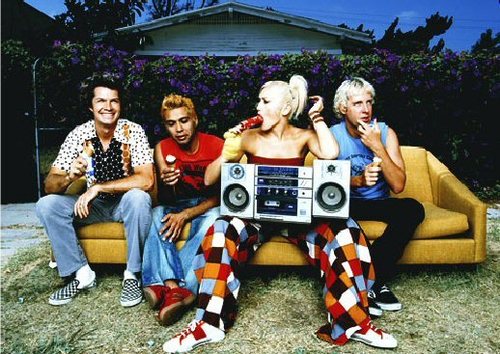 gonna happen all over again 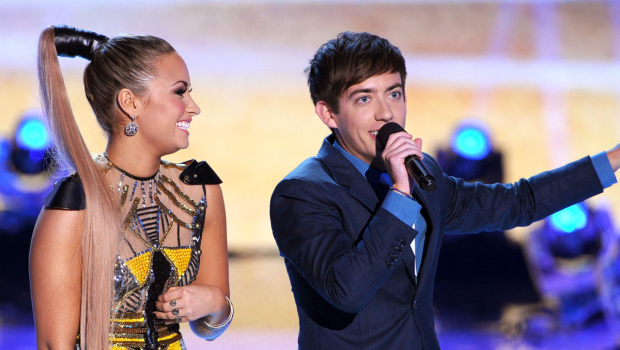 8:02pm EST: We are only 2 minutes in to this shindig and men have already ripped their shirts off to reveal “Ellen.”

Can I just say this is a way better line-up and opening dance number than the MTV Movie Awards lineup.

8:04pm EST:Demi Lovato is dressed like an Amazon alien bubblebee from the 90s. 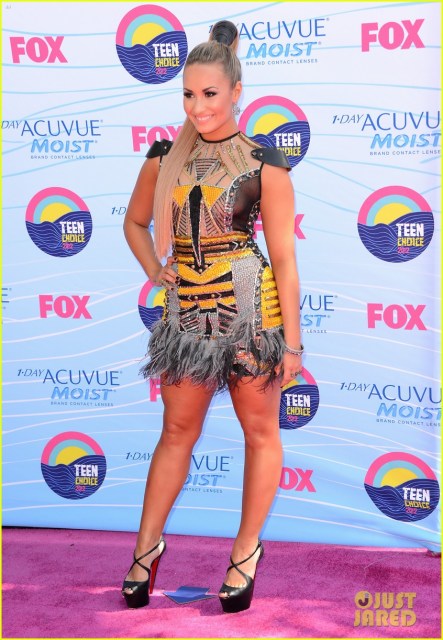 That “grew up in the same mall” joke would have been funny with way better time.

This “videos for Demi” is not funny at all. Boo.

8:09pm EST:I had no idea that Selena Gomez and Zoey Dechanel were the same height. My world is rocked. 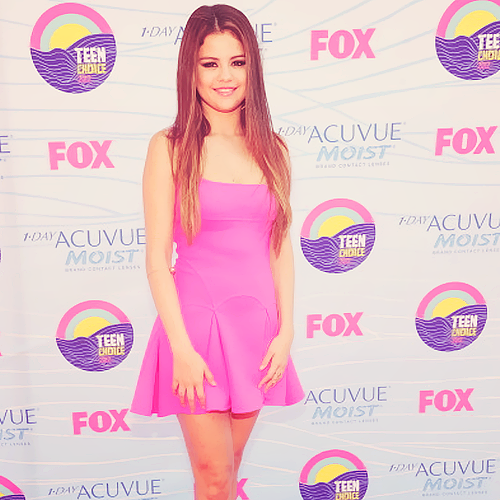 We won a thing! Ellen won last year too and this year managed to not dress like Justin Bieber. Too bad for the Biebs. 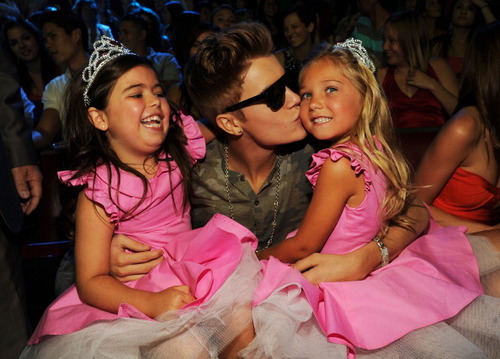 THIS SHOULD ALSO BE ON BUTCHES WITH BABIES

8:16pm EST:
This next category will be presented by Shaun White and some other guy!

Of course the Vampire Diaries would beat out True Blood. Only when teenagers vote for this shit online.

8:24pm EST: All of this discussion of Kevin’s failed boy band career and pictures of his childhood are making me hate him less for being Artie.

8:25pm EST: I wonder if will.i.am is jealous that Pauly D is the in house DJ this year?

OMG I’m so nervous that No Doubt is about to play. The anticipation is killing me. 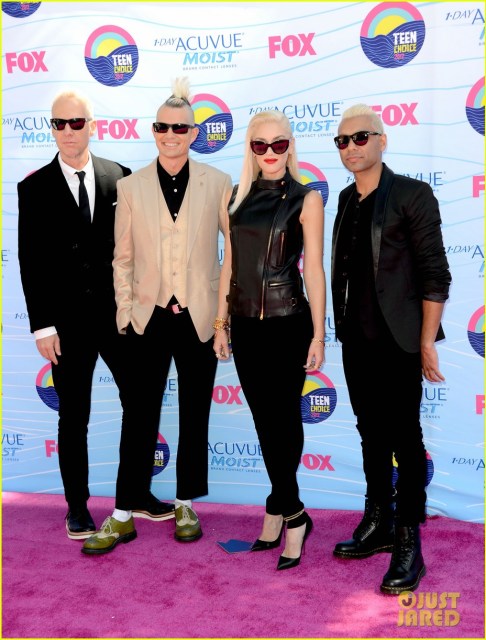 Me: Um. Am I supposed to know this song?
My Beau: No, it’s new. I love everything about this.
Me: I don’t know… it kind of just sounds like an old No Doubt song I’ve just never heard of.

Welp. At least it doesn’t sound like a solo Gwen Steffani song we just never heard of.

When are they going to play I’m Just a Girl?

8:30pm EST:Yay the cast from Pretty Little Liars! This is awkward though. Every person on stage won an award tonight except Shay Mitchell

I never saw The Lucky One because ain’t nobody went to see that movie. But I do love me some High School Musical.

Wildcats get your head in the game. 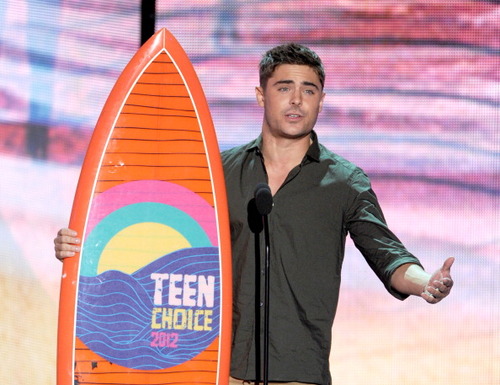 Miley Cyrus didn’t take the time to show. Love that. Ian Somerhalder is whatever but kept trying to take his shirt off. So thats a thing. 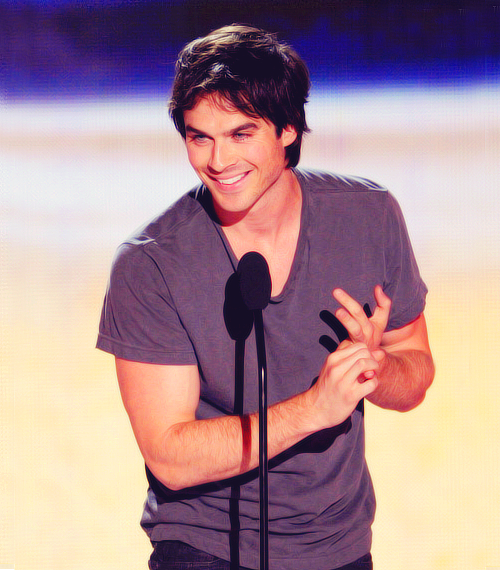 I love how Selena Gomez counts as a whole group. Like I get that technically she has a band. But, let’s get real. Selena just won. On her birthday! Cute.

8:43pm EST: Everyone singing Happy Birthday to Selena Gomez is the cutest. I’m glad cute things are still allowed to happen in this world. 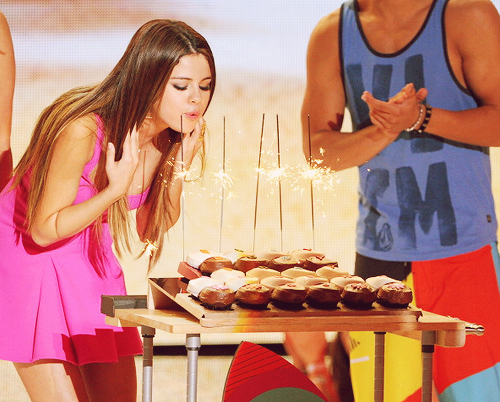 BLOW IT GIRL (VIA DAMN-THEYVE-GOT-THAT-SWAG.TUMBLR.COM)

8:48pm EST: Can everyone else see this adorable Harry Shum, Jr. texting while driving PSA?! I adore him.

I actually loved 21 Jump Street and Jonah Hill is hilarious. I appreciate him pointing out that Christopher Plummer (who beat him out for an Oscar) was not nominated for anything at the TCA.

8:56pm EST: If Flo Rida is on stage, why does the camera keep panning to Taylor Swift? Oh right, because you can always count on her to be straight up full on dancing by herself.

8:57pm EST: Australian bisexual vegetarian singer Sia is so freaking hot. If she wants to just come over to my place and perform for me I would totally allow that.

[UPDATE: Sia is the artist in the original version of this song, but she was not on stage tonight at the TCA. That was some other hot biddie.]

9:04pm EST: I like how if someone doesn’t show up for an award they just list it off like this. KStew, what did you have to do tonight that was more important than taking home Choice Summer Actress. It better have been attending a gay pride. [Update: I’m an idiot] 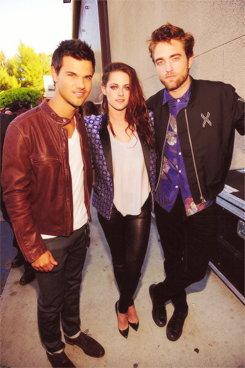 THIS IS PROOF THAT KSTEW LIKES GIRLS. PROOF.

Wait. So KStew is here? I guess it’s a bigger deal to accept the Ultimate Choice award rather than her specific Choice Actress awards.

Yo Kstew’s braid looks so gay. That’s the new gay trend. Everyone go do it.

9:11pm EST: I’m highly concerned KStew and RPat physically giving their surf boards to the audience might incite a riot.

9:11pm EST: Welcome Chris Colfer and Victoria Justice! You already know I love my gay boyfriend Chris Colfer, but did you know that vicTORIous is my secret favorite Nick show. 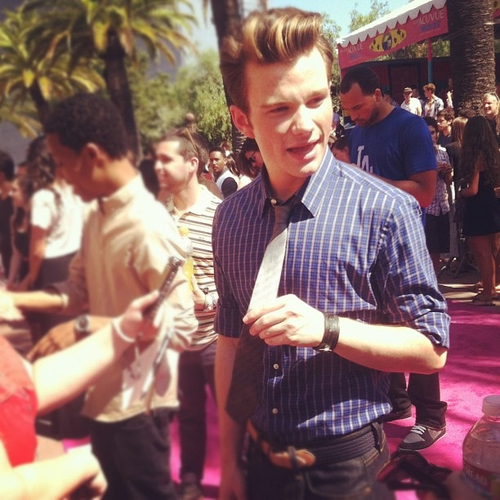 DOES THIS TIE MAKE MY HIPS LOOK BIG?

Demi Lovato won this last year and is presenting even though she’s also hosting. Because of her struggles and stuff. I like that Miranda Cosgrove won basically because she’s going to college. But like, actually.

Lea Michele presenting Female Choice Artist? Bummer she isn’t on the list since Lea has PIPES. 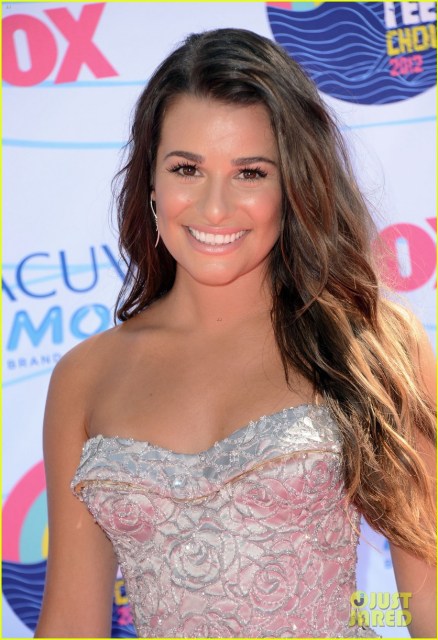 I will be shocked if Taylor Swift doesn’t win Female Choice Artist. 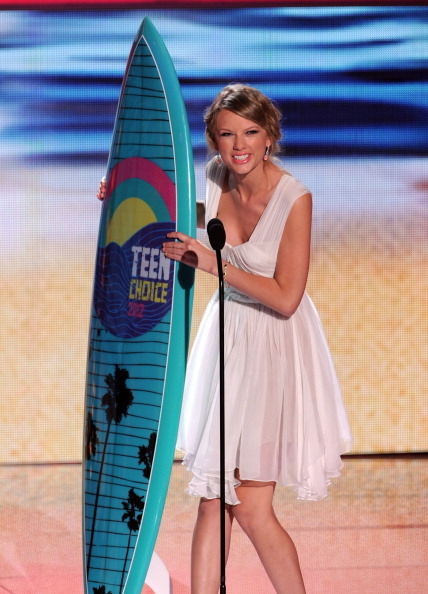 ISN’T IT JUST THE MOST? TO SAY THE VERY VERY LEAST. (VIA IT-ALL-ABOUT-THE-HUNGER-GAMES.TUMBLR.COM)

Well duh. Did she even put out an album this year? 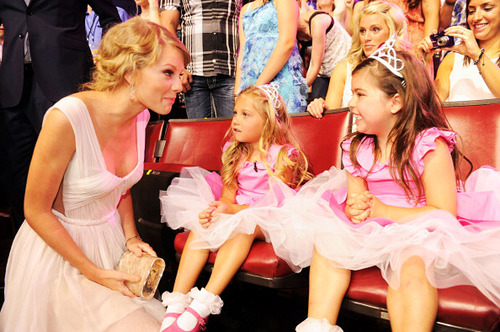 OKAY THIS IS PRETTY CUTE

Taylor Swift is wearing white, because she always wears white because, she’s pure and virginal and doesn’t sully herself with dirty sexy or dirty colors.

Let’s not kid ourselves. We all think of this as “If I was your BOIfriend.”

9:32pm EST: Bieber is still singing. I hope he does something super cute for Selena Gomez because I’m super over invested in their relationship. 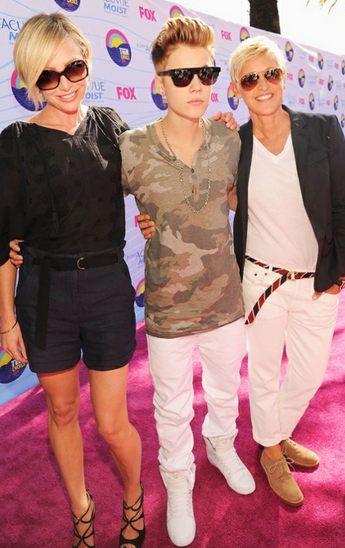 9:34pm EST: I think Bieber’s backup singers are wearing the outfits that cult members wear just prior to mass suicide. 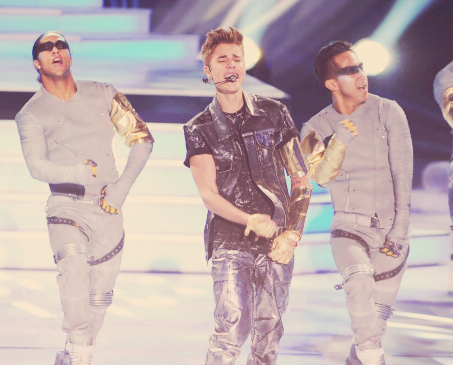 Winner Choice Male Artist (and a ton of other shit) – J.Biebs

9:34pm EST: I am so disappointed in Justin Bieber right now. This would have been a great moment for a proposal or an exaggerated display of love and promise.

9:37pm EST: I think the best part of tonight was the preview I just saw for Jennifer Lawrence’s new movie House at the End of the Street.

9:40pm EST: I like how Demi’s outfits are getting increasingly casual as the night progresses. By the end of the night I hope she’s just in a tank and yoga pants. That’s what I’m in. 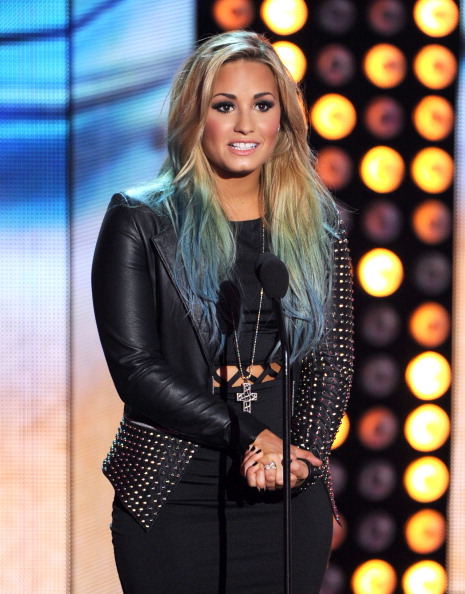 My Beau: Don’t you mean “That’s what I’m into?” Because you love yoga pants girls?

I love Josh because Josh loves the gays! 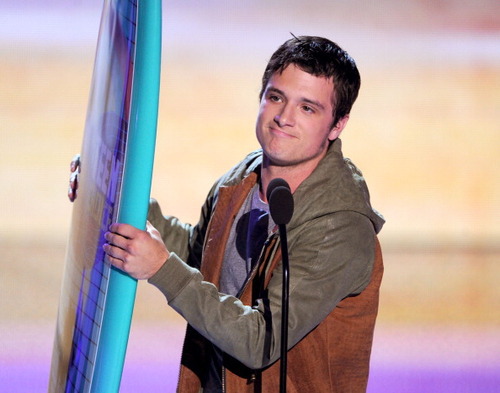 DOESN’T HE JUST LOOK LIKE A TOTALLY UPSTANDING NOT-A-BIGOT KIND OF GUY?

9:44pm EST: Why is Uncle Andy from Weeds wearing a monkey? 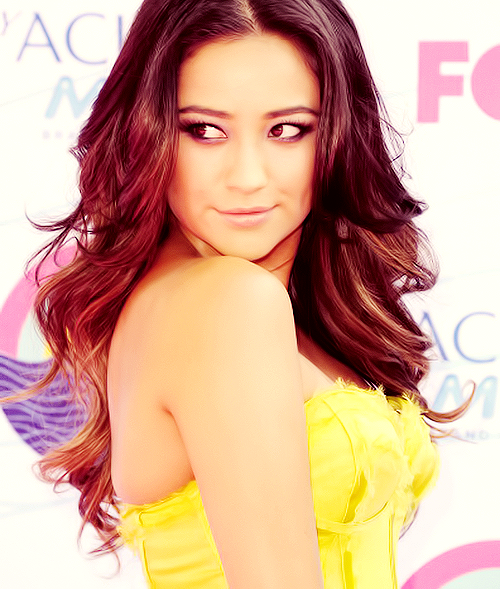 I COULDN’T FIND A PICTURE OF ONE DIRECTION AT THE TCAS (VIA GILMARINES.TUMBLR.COM)

While the One Direction acceptance video is completely adorable, I wish they’d shown up so the teens won’t riot in the street. I hate rioting. This is why we can’t have nice things.

9:52pm EST: Is it wrong that I completely associate Zoe Saldana with Words With Girls? 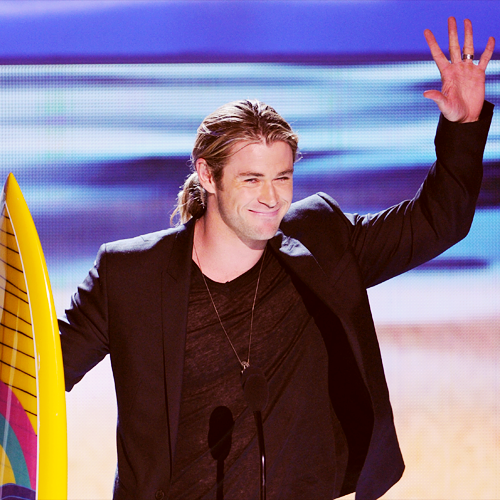 I feel like of the awards given live are for men. Seriously. BOTP. Perhaps it’s to better aim the show at teen girls who’ve been systematically trained to swoon over shirtless older men.

Also, not to be nitpicky, but the microphones have been off this whole show too. 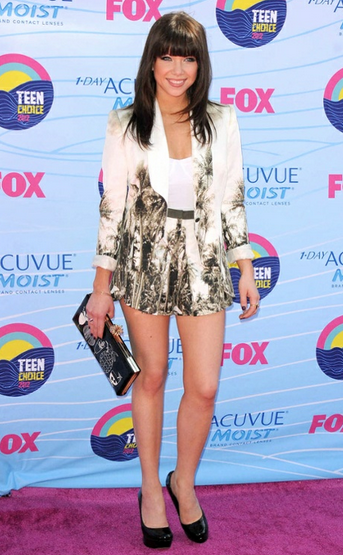 So “Call Me Maybe” is going on. If I’m this tired of it I wonder how Carly Rae Jepsen feels. I mean, tired of it but I would maybe still make it my ringtone or tear up a bit if a stranger karaoked it to me in a gay bar, you know?

Luckily this was definitely generally better than the MTV Movie Awards. You know, like not a shitshow. Plus I think Demi and Kevin had actual good co-host chemistry. I mean, better than that time James Franco and Anne Hathaway.