Do you ever have one of those moments where your world suddenly spins sideways? That’s what happened to me this morning when I saw Lena Waithe’s cover on the new edition of Vanity Fair. 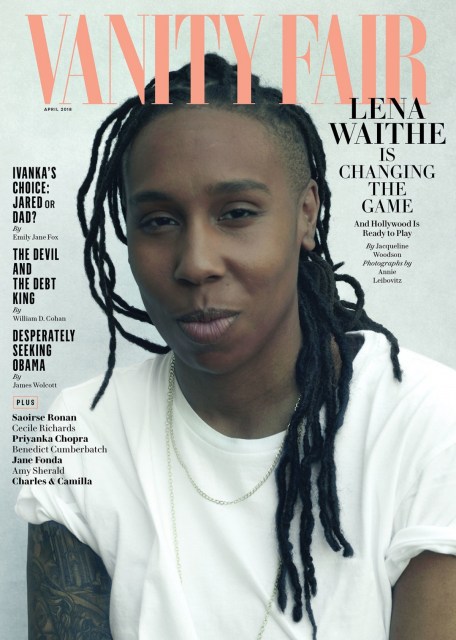 There’s a lot happening. It’s still incredibly rare to see a lesbian, bisexual, or queer woman on the cover of a major media publication. It’s bordering on unheard of for the cover subject to be a queer woman of color. More than anything, what took my breath away was seeing a butch heartthrob like Lena Waithe get to be fully herself — bare faced, locks hanging, fresh side cut, and in a white tee. With the faintest gold chain around her neck.

Here she is. She looks like the women I’ve loved, women who I’ve shared a morning coffee with over scratchy voices and bare legs, women I’ve kissed under streetlights. For just that moment, looking at this cover, it felt like the rest of the world gets to see our beauty in all of its black, queer glory. 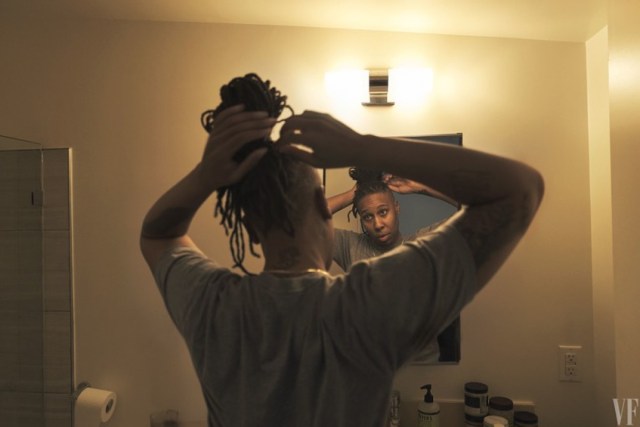 The joy of this Vanity Fair piece continues. Lena is not only the featured model, photographed by the iconic lesbian photographer Annie Leibovitz, who did the Kate McKinnon Vanity Fair photos last fall that made us collectively swoon — but also the article and interview with Lena was completed by Jacqueline Woodson. Woodson, an award winning black lesbian writer perhaps best known for her works Brown Girl Dreaming and Another Brooklyn, described Lena’s current rise succinctly, “For so many of us who have not seen an out Black lesbian front and center this way, her arrival is a small, long-awaited revelation. Her arrival is our arrival.”

That feeling — “our arrival” — perfectly describes this interview as a whole. A black lesbian media star, being interviewed by a black lesbian writer, in one of the world’s most famous and lauded publications. It’s a watershed moment. Black queer women being given open space to be warm, and smart, and loving with each other — that’s the world we should all get to live in. 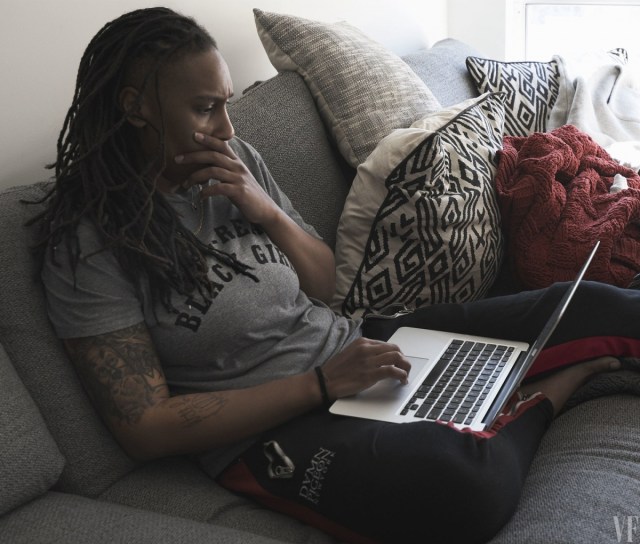 In the interview, Lena Waithe talks about her influences ranging from black sitcom classic A Different World  to literary great James Baldwin; the love she has for her fiancée, producer Alana Mayo; and the love she has for black women like her mother and grandmother, who raised her; the community of black women mentors and peers she’s building in Hollywood. She never says the word “feminist,” but that revolutionary kind of love bleeds through every word. She’s bringing all of herself to the table, just as she has every step of the way thus far. Watching her shine feels like cheering for a member of the greatest home team — because it is. In her editor’s letter, Vanity Fair Editor-in-Chief Radhika Jones correctly names 2018 as Lena’s year. Given the way she loves on us, I’m ready for it to be Lena Waithe’s decade.

I could talk about Lena Waithe forever. Instead, I leave you with this quote from the interview, which comes directly from Waithe herself, “We gotta tell our shit. Can’t no one tell a black story, particularly a queer story, the way I can, because I see the God in us.”

Go out there and make some magic today.