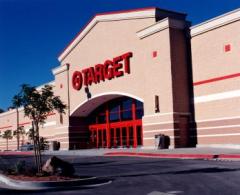 It was recently uncovered that Target has given a bunch of money to a political action committee, Minnesota Forward, that supports anti-gay Republican Tom Emmer, who is running for governor of Minnesota. Target, based in Minneapolis, gave $150,000 to the PAC. As The Awl points out, this is out of character for Target, a company usually regarded as fairly pro-gay. They have partner benefits for employees and they’ve appeared on many lists of the best places for gays to shop and work.

Progressive compared to its peers, Target extends domestic-partner benefits to gay and lesbian employees. It has also openly sponsored Twin Cities Pride and other gay and lesbian events in the state. Target puts its name on Minnesota AIDS Walk, a move that many corporations, worried about religious consumer terrorism, are far too cowardly to even consider.

Emmer’s stance on gay marriage is pretty standard for The Conservative Right. He believes that marriage is “between one man and one woman,” and he has sponsored legislation supporting that view. Not exactly revolutionary if you’ve ever listened to a Republican stump speech.

But as change.org and sfist.com have reported, Emmer also supports Christian rock band called You Can Run But You Cannot Hide. Emmer is friends with frontman Bradlee Dean, who has been quoted saying:

“Muslims are calling for the executions of homosexuals in America. This just shows you they themselves are upholding the laws that are even in the Bible of the Judeo-Christian God, but they seem to be more moral than even the American Christians do, because these people are livid about enforcing their laws. They know homosexuality is an abomination.”

Yeah. Dean later said that his mention of executing gay people wasn’t the same as advocating that behavior, as some people had taken it. The mere fact that he had to make that clarification should be enough evidence that we should punch him in the face. The group has played at Minnesota Republican events, and Emmer has defended these guys as “nice.”

So what gives with Target’s support of Emmer? This is the explanation they gave to The Awl (emphasis ours, also note that they never even mention Emmer’s name):

“Target is proud to call Minnesota and communities across the country home. To ensure economic growth in those communities it is critically important to be able to provide jobs, serve guests, support communities and deliver on our commitment to shareholders.

Target supports causes and candidates based strictly on issues that affect our retail and business interests. In fact, Target’s Federal PAC contributions year-to-date are very balanced between Republicans and Democrats, and we work collaboratively with legislators and officials at all points on the political spectrum.

Target fosters civic engagement through a wide variety of nonpartisan efforts aimed at enhancing team member and citizen participation in the political process. We encourage team members and citizens to engage in civic activities in the ways that are most meaningful to them, as we believe that engaged communities are healthier and stronger communities.

Target is proud of the diversity of its team, and we greatly value the wide range of perspectives offered by all of our team members. It is this diversity that creates our unique and inclusive corporate culture while helping our company remain relevant and competitive.”

Money trumps human rights, pretty much every time. Obviously, the key to world domination is to make “doing the right thing” compatible with making money. If all gay people stop shopping at Target over this issue, then supporting Emmer no longer promotes their business interest. Vote with your dollars, as they say. While I’m willing to bet a boycott of Target will go over about as well as a boycott of American Apparel, it’s worth a shot. 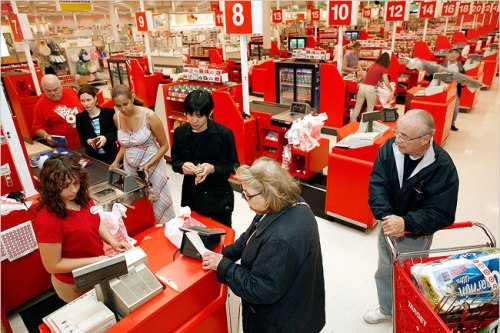 But what if you don’t have any money, making your boycott meaningless because you wouldn’t have bought that $20 Mossimo Supply v-neck or cute boyshorts anyway? Well, you can sign this petition from change.org telling Target that you don’t appreciate their donations and asking them to renounce You Can Run But You Cannot Hide.