Today on Autostraddle: In honor of the Tonys, we scrimped & saved to find the Top Ten Lesbians of the

Theater! And Stef went to see Amanda Palmer and asks who needs love when you’ve got cartoon recaps?

Also! Carlytron and Riese were special guests on Johnny McGovern’s Big Gay Pimp Show! Because I do not know how to embed a podcast, you’ll have to go to the website and download it. But I was able to get a little preview clip on here:

AND NOW I present the moment we’ve all been waiting for: 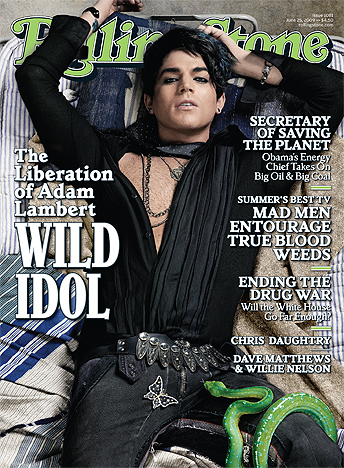 + Adam Lambert’s cover story in Rolling Stone!: “I don’t think it should be a surprise for anyone to hear that I’m gay.”

“Right after the finale, I almost started talking about it to the reporters, but I thought, ‘I’m going to wait for Rolling Stone, that will be cooler. I didn’t want the Clay Aiken thing and the celebrity-magazine bullshit. I need to be able to explain myself in context … I’m proud of my sexuality. I embrace it. It’s just another part of me.”

+ We should probs just figure out what Jesus would do and go with that. Drive to stop gay partnership law is dividing conservatives: ”Controller William Thompson recently estimated the state’s economy would reap $210 million in three years, with $149 million for the city.” (@latimes)

+ Rachel Maddow addresses our “fierce advocate.”: “A fierce advocate for equality for gay and lesbians.’ Well, since he has been “fierce advocate in chief, has he repealed the ‘Don’t Ask Don’t Tell’ policy? No. Has he pushed congress to repeal the policy? Not really. Has he hit the pause button on investigating members of the military to ferret out who’s gay and who’s not? No he has not. Has he used his Stop Loss powers to put a hold on dismissals of people under the policy? No, no he hasn’t. In fact as commander-in-chief of the armed forces President Fierce Advocate actively is still firing people from the U.S. military because they’re gay.”

+ Our BFF Dan Choi on Anderson Cooper! So much handsome homosexuality and astute morals in one room! (@joemygod)

+ Could you imagine the same thing happening to Anthon Bourdain? He could have negotiated his way out with a bottle of Crown Royal and some Marlboro Reds. If Andrew Zimmern went there to eat live octopus and was nabbed by Kim Jong II, he’d be free before the tentacles stopped wiggling in his mouth. : Margaret Cho says let my people go. (@celebrityblogs)

+What if I was like, big news guys I will now be an Adam Lambert fan blog only. Kris Allen says they are a cool combination, much like peas and carrots. Also Lindsay and Sam are possibly back together … according to this article.

+ NY to be Niagara Falls of same-sex weddings? Poll thinks so. (@ Daily News)

+ I can’t take this woman back into my life again — I feel proud to have broken up with her, and like I’m stronger now without her. But if you can, please do watch Sarah Palin being interviewed in the woods and tell me about it.

+ Supreme Court choice could reignite culture wars: ”For the most part, on issue after issue in the long-running “culture wars,” Obama has played it low-key…” (@christian science monitor)

+ How Today’s Circus in the New York Senate Affects Gay Marriage: ”In a stunning turn of events, Sens. Pedro Espada Jr. of the Bronx and Hiram Monserrate of Queens announced they were joining up with Republicans, though it’s not clear why. (Both men are under criminal investigation. New York is also in the middle of a frenzied state budget affair.)” (@Queerty)

+Working mothers are 100% less likely to be hired than childless candidates, and get offered $11,000 less a year when they are. (@jezebel)

+ The trailer for Sarah Ziff’s “Picture Me,” which “exposes the dirty underbelly of modeling.” Sexual assault, eating disorders, and all … 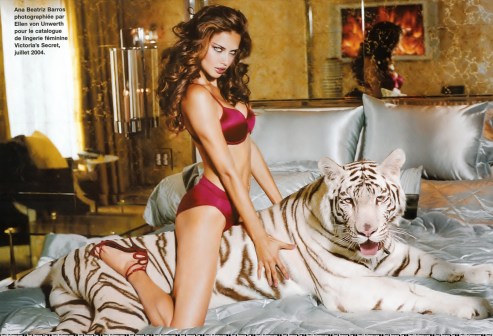 Intern X: So right now I’m re-reading for the seventh time Johnny Got His Gun by Dalton Trumbo. It’s the most powerful anti-war book I’ve ever read and if I could mandate one book that every person in the world had to read it would be this book. You can read the first chapter here at google books.

from Stef: Um, I don’t have much to say beyond the headline of this Pitchfork article: Le Tigre Working With Christina Aguilera. I’m not even sure what that means, but whatever it is, IT’S GOOD.

from Riese: You should read this right now please thanks!