Hey y’all, guess what? Yesterday I drove to nowhere and it was healing and cathartic and amazing and I even got to pump gas in the middle of nowhere and drink coffee from a gas station and scream Alanis lyrics at the top of my lungs in the desert at 80 MPH. Just an update.

Now, on to the good news!

This is what it looks like when an entire community comes out to shut down the Westboro Baptist Church’s nonsense. For the children. 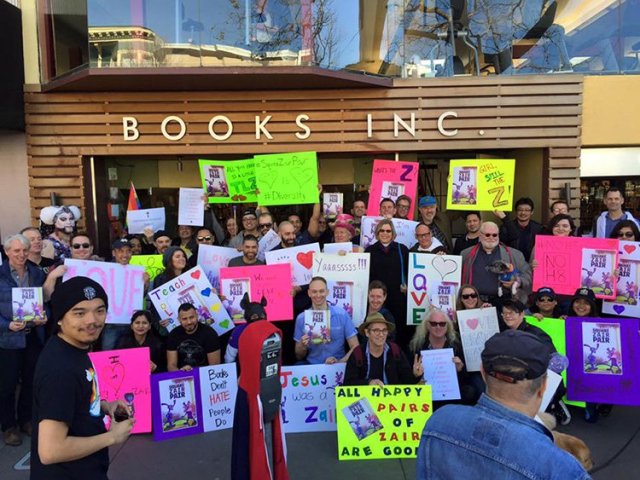 The Times, They Are A-Changin’

+ Republican Governor Nathan Deal came out swinging against a bill that could make discrimination against LGBT folks legal in the name of “religious freedom.” You see, it turns out Nathan Deal actually has a working knowledge of both the Bible and the Constitution, and therefore he’s not down to encourage discrimination on the basis of religious grounds. This is a super epic thing, and Heather Hogan is very excited.

+ Conservative lawmakers in South Dakota can huff and puff all they want, but it turns out they don’t have enough veto power in their chamber to blow over the overwhelming rational power of trans rights.

+ “Kokomo could become the latest Indiana city to ban discrimination based on sexual orientation and gender identity.” I’m sorry, this is required now:

+ Alabama’s Supreme Court has thrown in the towel in their challenge to the US Supreme Court’s ruling that same-sex marriage was legal.

The ban on LGBT marchers in the NYC Saint Patrick’s is officially over. Ding, dong, the witch is dead! The witch here is obviously just a strange metaphor for one very specific instance of blatant homophobia, though. Just in case you missed that. 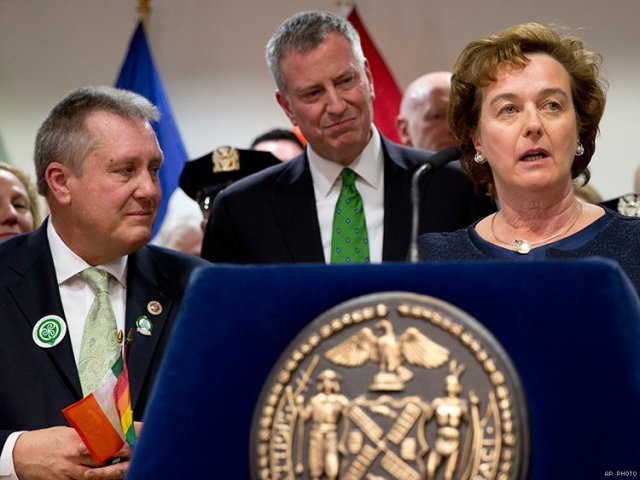 “For the last two decades there has been a blemish on this city because we couldn’t be all we were meant to be.” – Mayor Bill de Blasio

This Catholic Church is Gonna Take Care of the Homos, Too

The Catholic Church in Michigan is opening up their healthcare plan to include benefits for same-sex spouses and partners. And they managed to do so without offending either God or the law! Gee, it’s almost like doing the right thing is generally pretty possible.

In a letter sent this week to pastors and employees, the Michigan Catholic Conference said it is modifying coverage to include legally domiciled adults, meaning those who are older than 18, have lived with the employee for at least six months and are financially interdependent with the employee.

As long as a person meets those criteria, the individual will get health care coverage, regardless of sexual orientation or activity, a Michigan Catholic Conference official said.

The move is being made to comply with changes in federal law, which now allows for same-sex marriage, and also to keep in line with the teachings of the Roman Catholic Church, which opposes same-gender sexual acts and same-gender marriage.

This Baby Hippo Has More Paparazzi Following Them Than I Do

But I can’t even hate.