Hello, cruelty-free feather boas! It’s another week and another link round-up of just the good stuff! I’m not going to lie to you. It’s getting rather…ehrm…challenging to find positive LGBTQ news, but goddammit, it’s worth it! We need to stay resilient. To do that, we need to take ten minutes a week to remember there’s good in the world and sometimes to look at a strangely calming video of various farm animals in the dessert drinking from a water bucket from the perspective of the bottom of the water bucket.

(Don’t worry, the swimming bees were rescued according to the YouTuber)

Go “Inside the Black Triangle” With Rachael Zimmerman

Photographer Rachael Zimmerman‘s photo project “Inside the Black Triangle” is about “exploring lesbians beyond societal stereotypes.”

Zimmerman said about the project:

I hope that the audience can see that a lesbian can look any way, be any nationality, race and believe any religion she pleases. It’s time to break away from stereotypes and start treating each other equally. We must set positive examples for society. It’s truly remarkable how far the community has come to be accepted. The fight is not over; it’s critical to be visible and proud.

Check out the 100+ photos at Zimmerman’s instagram. She’s hoping to turn the project into a coffee table book. 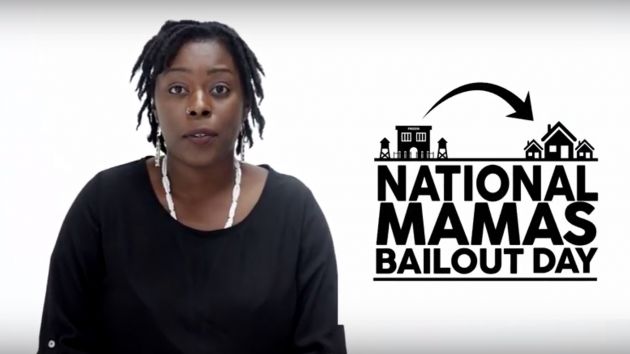 This past week, some incarcerated Black women were given the ultimate gift of freedom on mother’s day as part of National Mama’s Bail Out Day, an action organized by Black Lives Matter, Color of Change, The Movement for Black Lives, Black Alliance for Just Immigration, Southerners On New Ground (SONG), the Dream Defenders, and others. Organizers raised nearly $500,000 and bailed out at least 50 women. The bail out called for action on behalf of all Black mothers “queer, trans, young, elder, and immigrants” and also was meant to draw attention to ending the cash bail system and fighting the mass incarceration of Black women, 80% of whom are mothers.

Mary Hooks, co-director of the Atlanta-based Southerners On New Ground (SONG), an LGBT racial justice group, helped come up with the idea for the bail out.

From putting ourselves in cardboard boxes and mailing ourselves to freedom, to using the Underground Railroad, black people didn’t wait for an Emancipation Proclamation or the end of the Civil War to act on their own behalf… Instead, they sometimes bought their own and each other’s freedom, and in doing so left a blueprint for how to directly challenge mass criminalization today, even as policy battles are in progress.
– Mary Hooks, co-director of SONG

This weekend, some organizers are holding events to celebrate Black moms and welcome home those who were formerly incarcerated. Welcome home, mamas!

+ Analia Pasantino isthe first out trans woman to be a police chief in Latin America. Pasantino, a 20-year veteran of the force and decorated officer, was forced to resign when she came out in 2008. Pasantino, with the support of her wife, Silvia Mauro, fought for reinstatement every three months and finally was allowed to return, announced at a press conference earlier this week. Said Pasantino: “This is a milestone. I’m the first transgender police chief in Latin America. It’s an unprecedented and important step to show Latin America and the world that we are an open institution.”

+ Jess O’Connell, out lesbian and the former Executive Director of EMILY’s List, has been announced the new CEO of the Democratic National Committee (DNC). Prior to working for EMILY’s List, O’Connell worked at the Center for American Progress. She lives in Maryland with her librarian wife.

Oregon Says Yes to The X 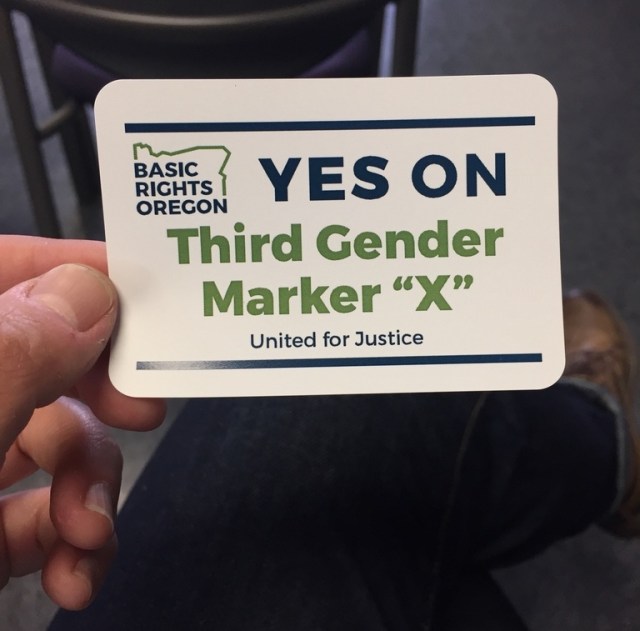 Oregon is on-track to become the first state in the U.S. to allow a third gender option for state-issued driver ID’s! In June 2016, a county court judge granted a request by Jamie Shupe to change the gender marker on their ID to a nongender option, the first decision allowing a third gender on a state-issued ID in the nation. Since then, the Oregon DMV has been working to figure out how to enter third gender markers into the state computer systems. The second public comment session was held this past Wednesday in Portland. 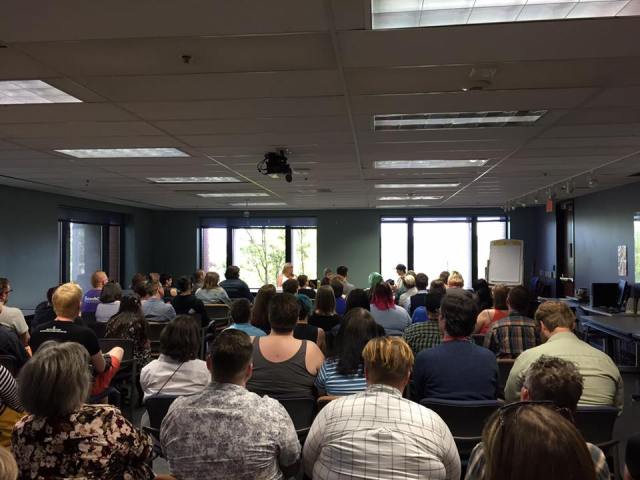 Our own Tech Director, Cee Webster, was among the folks who spoke in favor of a third gender marker. (No one spoke against it.) In their statement to the DMV Administrative Rule Committee, Cee said:

I’ve been out as queer for 22 years, and identify as a genderqueer/non-binary trans person. I experience gender dysphoria and cringe when people see or read me as female, yet I do not identify as male. I sometimes feel very masculine and other times feel very androgynous or almost like I lack a gender completely.

Having an F marker on my ID feels not genuine – either that I’m lying to the person I present my ID to, or that I’m lying to myself about my own identity, either way makes me feel bad. I honestly think having someone’s gender or sex on their ID card is silly if you think about it, but until that can be removed, I am strongly in favor of an “X” option for folks who don’t want F or M. If this option exists, I’ll be one of the first in line to update my ID.

According to DMV spokesman David House, the new option could be available before the end of July!

+ Connecticut banned conversion therapy this past Wednesday, becoming the seventh U.S. state to do so. The bill passed unanimously through the state senate and was signed into law by the Governor Dannel P. Malloy almost immediately.

Kiss For Your Rights

“In Brazil, despite the enormous violence against the LGBTQIA population, we can fight for our rights,” [SSEX BBOX] told Pink News. “But our community in Russia can not and therefore needs our help.”

A post shared by INSTA DO BLOG LOVERS MALHAÇÃO (@blogloversmalhacao) on May 7, 2017 at 7:53pm PDT