In February 2013, LeslieAnn Manning reported being raped by another inmate while working in the men’s prison where she was incarcerated. Now she is bringing a lawsuit against the Sullivan Correctional Facility for their “deliberate indifference” in failing to prevent her assault.

Manning had been incarcerated in the Sullivan Correctional Facility, a men’s maximum security prison in upstate New York, and openly identified as transgender for most of the time she spent there. She has fought for and won the rights to access hormone replacement therapy, legally change her name, keep her hair long and wear the underwear she prefers. Manning said the prison staff were aware of the risks posed to her as a trans woman in a men’s prison, but did not take appropriate measures to ensure her safety. Her attack happened while she was at work delivering paper in a minimally supervised area. A male inmate she was delivering a letter to in an isolated area violently raped her and threatened to kill her if she reported it. 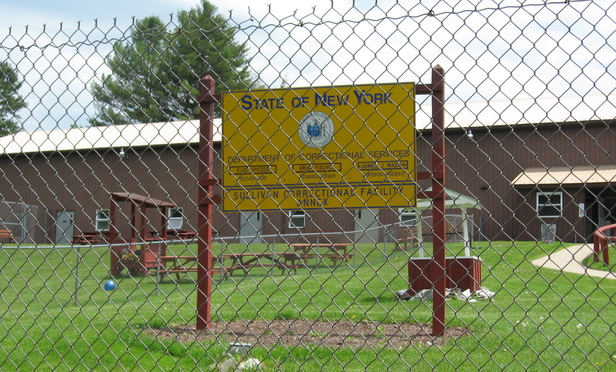 Manning did report her attack, and has been living in “protective custody” in a different New York men’s prison ever since. Manning’s suit says Sullivan officials showed “deliberate indifference” in failing to protect her from her attacker. She said she had spoken up before the attack about the lack of supervision in her work area and pointed out that her attacker had raped another inmate.

The Cardozo Civil Rights Clinic, which has filed the lawsuit on Manning’s behalf in conjunction with the Cornell LGBT Clinic, said in a press release, “Ms. Manning was obviously at risk of sexual assault because she is a transgender woman who is also physically weak and frail as a result of several chronic health problems.”  Francesca Acocella, a legal intern at the Clinic, said,”officials in the New York State prison system knew of the risks but failed to take steps to prevent the horrific things that happened to her.”

In 1994, the Supreme Court found that a prison had shown “deliberate indifference” in the case of Dee Farmer, another trans women raped while incarcerated in a men’s prison. “Deliberate indifference,” the Court said, qualifies as cruel and unusual punishment, and therefore is a violation of the 8th Amendment. Manning argues her 8th Amendment rights were similarly violated, as were the terms of the Prison Rape Elimination Act (PREA). The PREA advises prison staff to implement protective measures for trans inmates on a “case-by-case” basis, which theoretically leaves trans prisoners with some self-determination in how they navigate incarceration, but as Acocella pointed out, “some prison systems will and do apply this malleable standard in ways that are not consistent with the goals of PREA.”

Manning’s suit pertains to the inaction taken by prison staff members before her attack. However, her case also points to many obstacles to ensuring prisoners’ safety after they report attacks. Manning has been in protective custody since first reporting her attack almost two years ago. According to Acocella, “Ms. Manning feels very isolated in protective custody. She has lost virtually all access to programming offered to prisoners in general population and often spends as much as 22 hours a day alone in a cell.” “Protective custody” is a shiny term for conditions that add up to solitary confinement. The horrific conditions of solitary confinement are well documented. Many incarcerated transgender people have spoken out about the violence they’ve faced while in solitary, demonstrating quite clearly that it isn’t a viable or safe alternative.

Similar sentiments have been voiced by trans prisoners about almost every different measure created under the auspices of “protecting” incarcerated trans people. In a class-action suit brought against San Bernardino County, California this summer, gay, bisexual and transgender inmates who were relegated to an “alternative lifestyle tank” for their “safety” were singled out for harassment by prison staff and were denied access to drug rehab and work programs that were available to the rest of the population, which meant they didn’t have any opportunities to reduce their sentences. As ACLU staff attorney Chase Strangio told Slate, “The assumption is that trans people want to be housed based on gender identity, but anecdotally, that’s not always true. The end goal for most people is to make it out of prison, so the priority is staying alive.” 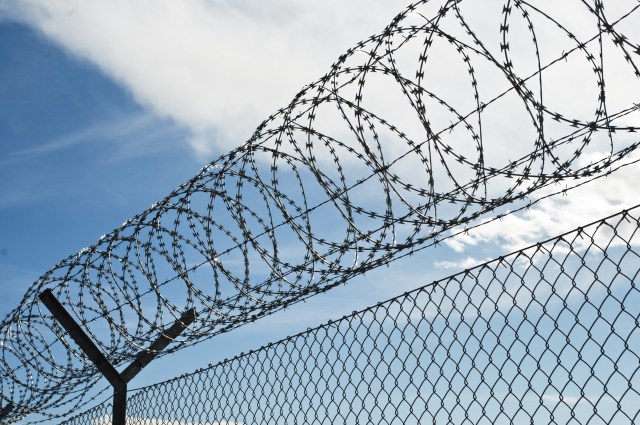 But the dangers of being housed in general prison populations for transgender women also definitely should not be underplayed. More than 20% of trans women will be incarcerated in their lifetimes, and nearly 60% of those women will be sexually assaulted while incarcerated. Of those women, the majority are women of color, and most are black women because of racist prison and policing policies and practices. In October, Lambda Legal filed a suit on behalf of Passion Star, a transgender woman incarcerated in Texas who reports having been assaulted and threatened by inmates and Texas Department of Criminal Justice (TDCJ) officials. Texas is one of a handful of states that has refused to adopt PREA standards outright. Governor Rick Perry called them “ill-conceived.” The only consequence for Texas is that they don’t get federal funding for the TDCJ, which makes up an apparently inconsequential portion of their budget.

It’s hard to say what impact these suits will have. In this particular case, a positive outcome for Manning would be monetary compensation from the state. But the greater hope is that trans women will no longer be more likely to be raped or assaulted than not when incarcerated. But the fact that there is no consistent option for trans people in prison that allows them to be safe from attack, at least not without compromising some other huge aspect of their lives, leads back to the ultimate reality that no prison is or will be safe for trans people — or anyone.

It’s also important to note that, while this may be the first time we’re covering LeslieAnn Manning’s case on Autostraddle, and the first time her case has been covered in-depth in Slate, a widely read liberal publication, Manning has been advocating for herself and demanding to be recognized and respected as a trans woman for years. We are learning more about her now because trans people have been working relentlessly to demand justice and be heard. In the end of Slate’s piece, they quoted the TGI Justice Project’s Prisoner Survival Guide created for and by incarcerated trans women, saying, “Please keep in mind that there is no specific prison that is safe for [trans] people. As you well know, prisons are not safe spaces for anyone.” These suits and this analysis comes about because trans people are doing the work to be heard. This case has already been successful in winning a platform for trans voices to raise public awareness about the contradictions and dangers of the prison system.