If you haven’t seen Cartoon Network’s Emmy nominated children’s series Steven Universe, you haven’t seen one of the best designed, animated, acted and written shows ever on television, and possibly the queerest. Focusing on a young boy who sings about wanting to be a giant woman, performs onstage in a crop top, skirt, heels and makeup, and fuses with his best friend to form a non-binary person, as well as his friends and adoptive moms, the Crystal Gems, Steven Universe is constantly opening audiences’ eyes to new ways of thinking about gender, love, queerness, family and self image. Now you can enjoy another integral part of the show whenever you want by buying the Steven Universe Soundtrack Volume One. With songs composed by musical duo Aivi & Surasshu and Steven Universe creator Rebecca Sugar, this soundtrack features 37 songs from the show featuring all the main voice actors, and can be purchased through online retailers like iTunes or Amazon or streamed on sites like Spotify.

Steven Universe isn’t just one of the best made shows on TV today, it’s also one of the most important. Because of that I’ve talked before about the amazing characters and storylines and relationships, but I’ve never focused on the music even though it’s absolutely one of the things that makes this show everything it is. While not every episode is a musical one, many episodes do incorporate the characters singing songs and it’s never a waste of the show’s time. Instead, the music reveals things about the relationships, thoughts and feelings of the characters and gives listeners a brilliant new way to think about the things the show is talking about. In a summer where we’re constantly facing tough times and tough news, this soundtrack is delivering songs full of love and hope and happiness and healthy ways to deal with emotions, and that’s exactly what we need. 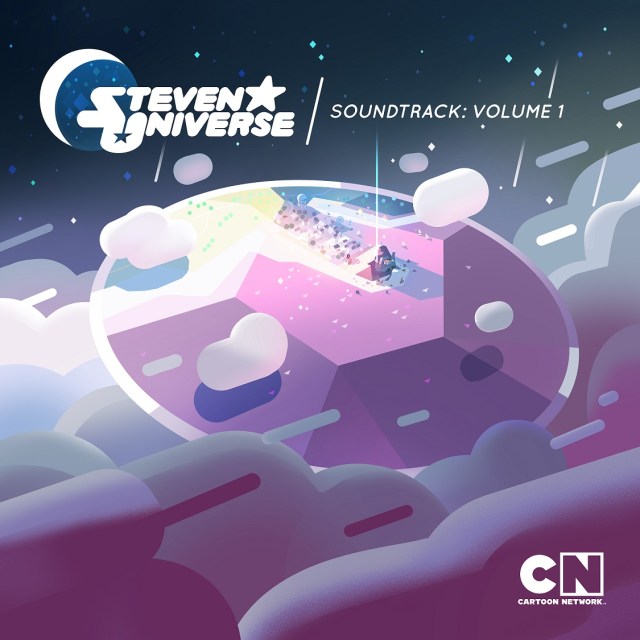 Many of the songs on this volume are some of my favorites. Of course it includes the theme song (both regular and extended editions), which we all love, and other great songs like “Cookie Cat,” and “Let Me Drive My Van into Your Heart,” but you’re at Autostraddle. Let’s talk about the queer songs for a bit. I think we all remember where we where the first time we heard “Stronger Than You,” which may be the ultimate gay love song of all time. Seriously, when Ruby and Sapphire fuse back into Garnet and create the ultimate being of lesbian love and relationships and strength and then she sings a song about it, it’s amazing. I mean, come on, “I am made of love and it’s stronger than you,” that’s perfect. Ugh, and “Something Entirely New,” the song Ruby and Sapphire sing after the first time they fuse? I love how cute it is!!! If your queerness is more along the lines of Steven getting femmed up, they’ve got the pop version of “Haven’t You Noticed (I’m a Star)” sung by Marceline voice actor Olivia Olsen, so that way you too can practice for the big talent show. If you’re a sad lesbian or bisexual trying to move on from the last love of your life, what better song to sing than “It’s Over Isn’t It?” 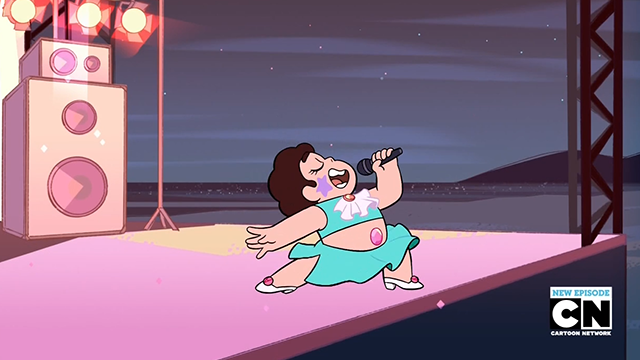 Other songs that deliver important messages include “Be Wherever You Are,” “Do It for Her,” “Peace and Love on the Planet Earth” and the brilliant song “Here Comes a Thought,” where we finally get to hear what Stevonnie’s singing voice sounds like. “Be Wherever You Are,” a song Steven sings to Sadie and Lars, his two human friends, is ostensibly a song about him wanting the two of them to become closer and fall in love while they’re all trapped on an island, but it’s also a song about being mindful and present in the place you are. “Do It for Her” is a song that, when paired with another Pearl-singing-about-her-love-for-Rose song, “It’s Over Isn’t It,” shows how you can go from an obsessive relationship to developing healthy feelings and boundaries. “Peace and Love on the Planet Earth,” the first song Peridot sings when she joins the Crystal Gems, is all about learning how to be a person and a good guy. It’s about opening up your heart to new experiences and feelings. One of the most important songs on the soundtrack is “Here Comes a Thought,” the song that Garnet has Stevonnie sing to practice mindfulness, which I know is something I need to work on, and maybe you’re interested in it too. 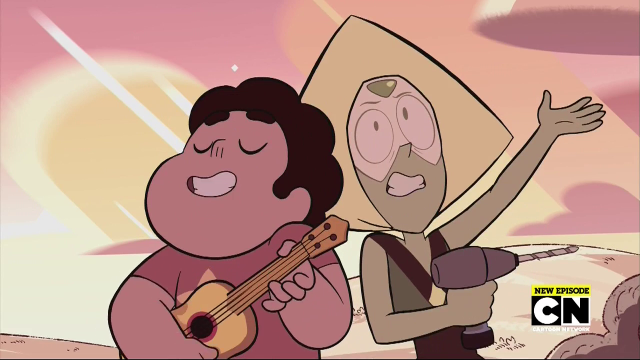 Steven Universe continues to be one of the best and queerest shows on television and this soundtrack does a great job of showing off many of the reasons why. The soundtrack ends the way the show does, with the song “Love Like You” — a song that encompasses the entire show’s themes, all about love and learning and trying to become a better, healthier person and learning to love yourself and your friends and family. This show is doing good and vital work. I’m so thankful for this show, these songs and the people who made this music.