A Day of Work zooms in on the daily routine and work habits of Autostraddle team members. Read about the coffee, the cats, the Slack meetings, emails and minutiae that makes Autostraddle go.

I’ve been waking up disoriented every morning; I just moved, and my bedroom is mostly still boxes, and the room is so dark I’m never sure what time it is in the morning. I’ve been having lots of dreams about work or people moving into my house (??) so I’m already a little on edge when I start the day. I do have a little office nook, though, instead of working out of a desk in my bedroom like I have been for the past few years, so it’s nice to be able to sit down in a separate room with a cup of coffee. 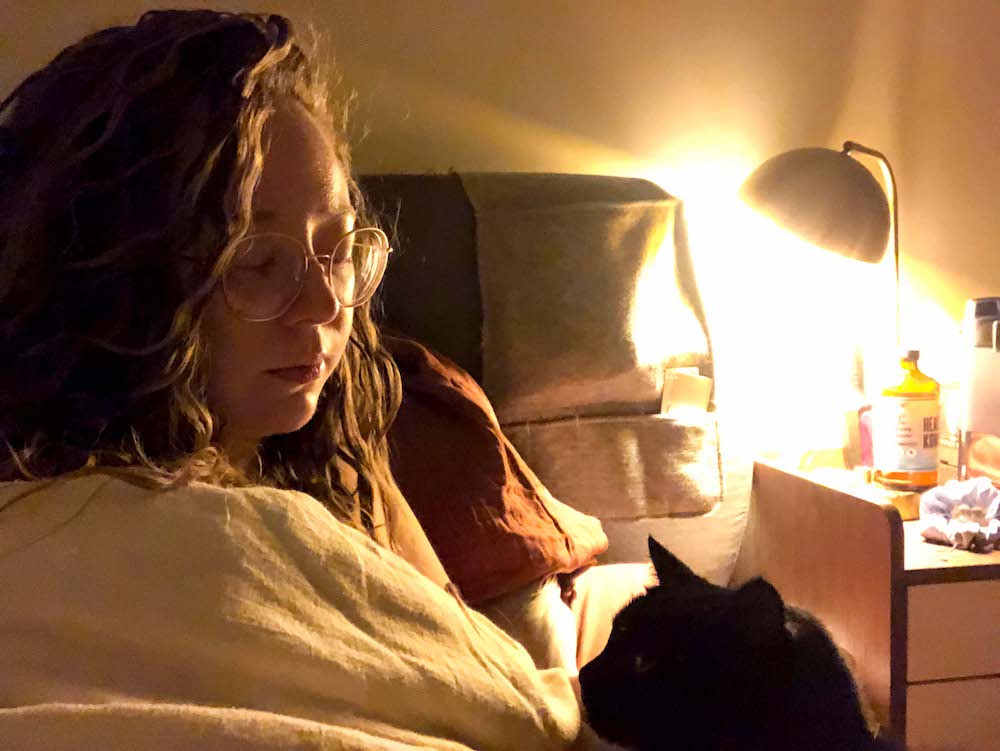 I get to work around 10:30 with some avocado toast (lately I’m doing pickled onions and feta on it). I answer the Slack messages waiting for me from the night before – I turn off my notifications at 8 pm – and publish the pieces I didn’t have time to schedule the night before. We have a sponsored piece from a publisher I like going up that I got to write, and I’m weirdly nervous about what people will think of it, even though I’ve been doing this for 10 years now. 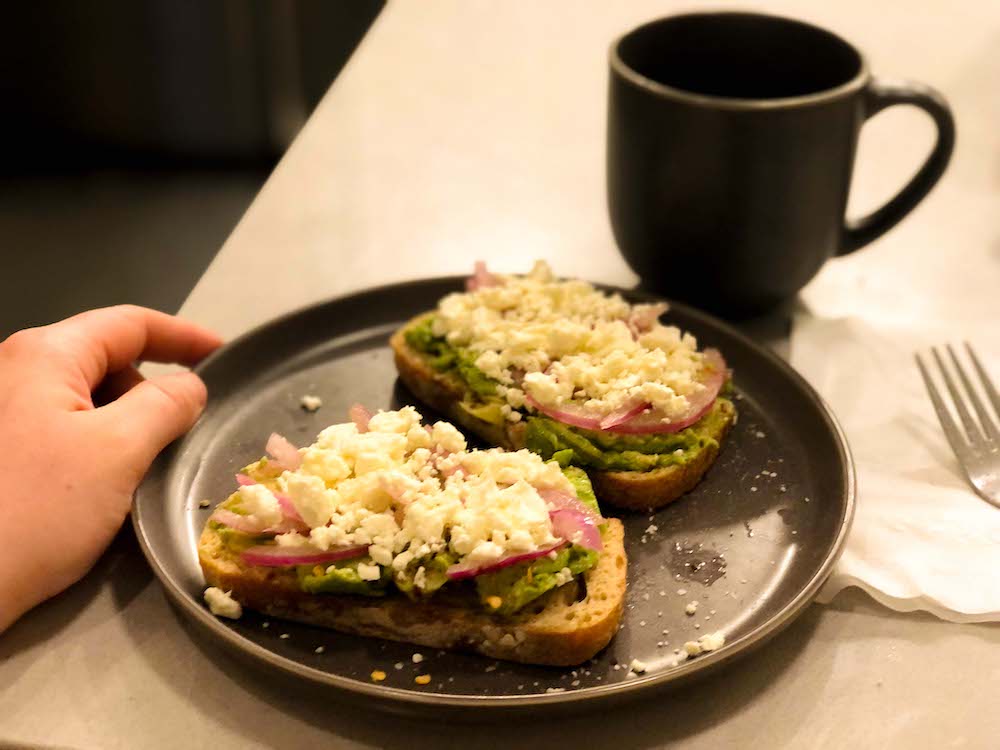 I try to do a quick triage of my inbox before I start the day, deleting the obvious trash and press releases that have nothing to do with me (“Una Healy announced as first Irish face of international beauty brand!”) and making a mental list of things I should try to make sure to get to that morning — it’s getting harder, though. As other outlets and verticals in our space go under and digital media in general get even more cutthroat by the day – it feels like a week doesn’t go by without news of another slew of layoffs – the reality for a lot of freelancers is that we’re one of the few outlets left, especially for folks writing in feminist/queer niches.

It’s hard to acclimate to, because we spent so long convinced we wouldn’t make it as a publication at all, and regretting that our rates had to be so low that we were most writers’ last option – it’s absolutely only because of A+ that both those things have changed. It really feels like proof positive that subscriber-based media is the only way forward — I mean, I like to think we do good work, but so did the folks at all those outlets; the reality is our membership program is what sets us apart and is clearly the reason we’ve survived. 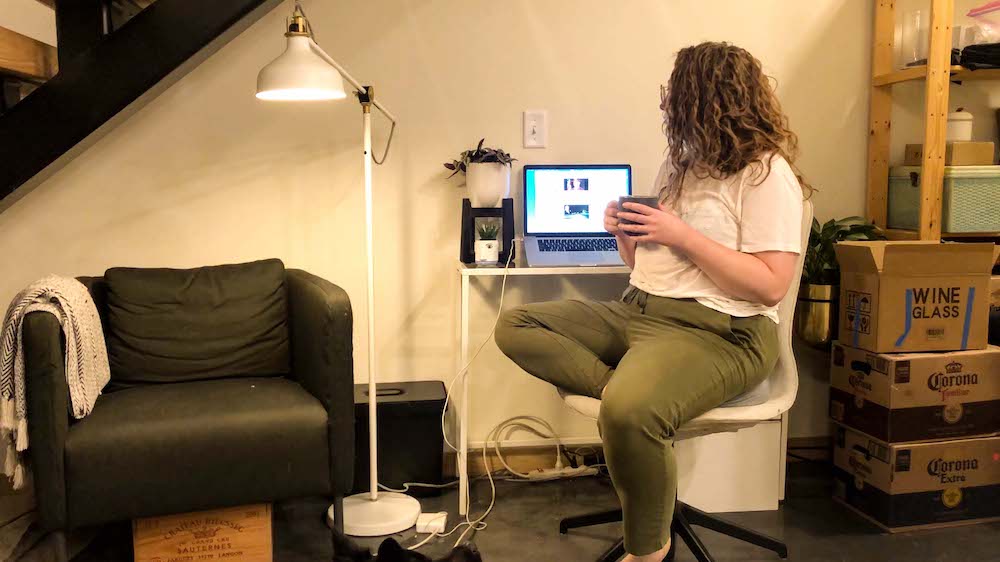 Being one of the last outlets standing presents its own challenges, though; it feels like there are more pitches than I can keep up with, and it takes time to comb through and determine what’s a great pitch for us and what’s a great pitch for Jezebel or Bitch but that isn’t going to bring us enough traffic or readership to be worth a sizeable portion of my limited monthly budget. Actual edits on a piece are even harder to find time for. I share a few pitches to Slack asking for feedback about whether other editors think they’re a good investment; I send a few quick rejections and give a quick response back to some writers letting me know their timelines have changed or giving me updates. I have to leave the vast majority of what’s in my inbox untouched, though, if I’m going to make it to our weekly editorial meeting. I know freelancers are frustrated with me (as are our own writers, probably, sometimes) for hearing back from me so late or never, and I feel such a pang of guilt whenever I see a subject line like “Following up on pitch – time sensitive,” but haven’t figured out a better system yet.

Usually this would cause a major content problem for the website; I’ve usually taken on a pretty significant amount of what ends up on our main page, and the fact that actual editing of actual writing is really only 20-30% of my job on any given day has made that really hard to balance with everything else (Fundraisers! Membership coordination! Advertisers! Internal programs and campaigns for staff! Coordinating events! Coming up with new content initiatives! Making graphics! Writing sponsored content!). Our new editors, like Shelli on culture and Ro on A+’s S L I C K, as well as our longer-standing subject editors Xoai and Vanessa, have been so so impactful – I still feel constantly busy, but I don’t feel constantly in crisis about trying to pull content like a rabbit out of a hat. Paying those editors is another thing we’ve unquestionably only been able to fund through reader support – we’ve wanted to fund more, to be honest, and have worked hard to try to find the money to pay more people for editorial-level work before having to accept that the money just isn’t there. We really probably need at least 2-3 more full time team members; I’m trying to realistically temper my hopes with the knowledge that that probably won’t happen while also cultivating some productive optimism about what’s possible. After all, less than 1% of our readers are currently members, and we’ve been able to accomplish more than I ever thought possible with that level of support – what would happen if even like, 3% of Autostraddle readers joined A+? 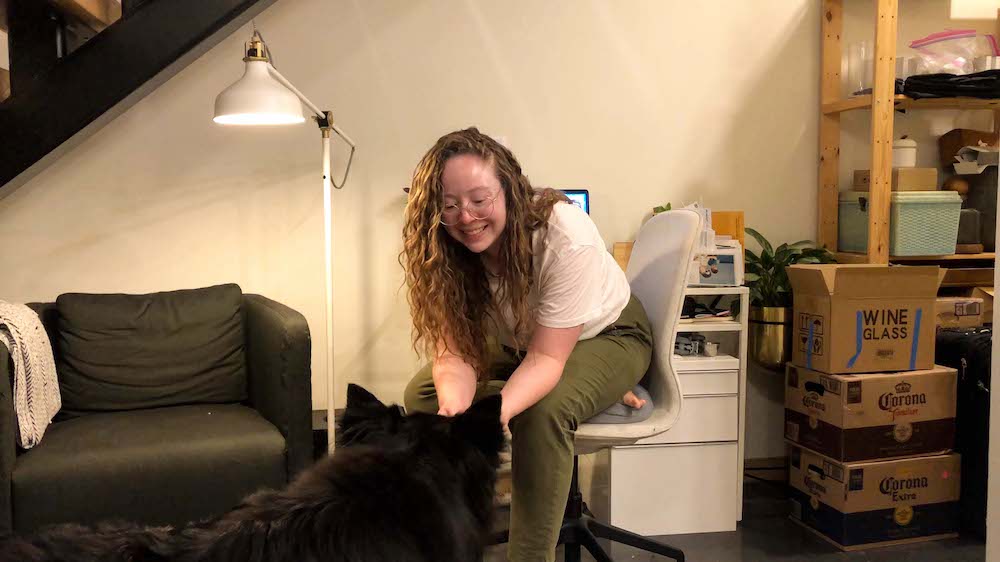 We start our editorial meeting, which runs a little long as we’re trying to plan Pride (even though it’s already June, I’m realizing) and a membership drive and totally overhaul the site’s SEO infrastructure and category organization – we work on assigning some of the seemingly endless tasks around eliminating content redundancies, optimizing our classic content and figuring out what to do with all the weird odds and ends that we had no idea would cause discrepancies when we wrote them 5-10 years ago, and responsibility for management of our category pages now that we have them (which is great! Look how pretty the dating one is!). Laneia would like all the editors to try to write something for our Pride coverage this year, and I want to, truly — we’ve been talking about how tired we all are this year and how our energy doesn’t feel like in the place that Pride press releases imagine it to be, and I want to write about why I feel that is; I hope I can. It feels like the cohesive essay is just there in my peripheral vision, and I can feel it off to the side, but as soon as I turn to look directly at it it’s gone. It felt like this kind of thing came so easily when I was 25!

That meeting bleeds almost immediately into a dedicated membership drive one — I know we figured out a bunch, but honestly I lose focus on it almost immediately as I have to rush to a vet appointment (she’s fine! Just allergies causing itchy paws 🥺) and then catch up on everything I missed in the hour and a half I was gone — questions about header text, transcription services, and timing on a freelancer article to coincide with a vote on a bill in Congress, and more new emails in. I try to answer what I can from my phone, and take a call from the car as I’m driving home. When I get back, it’s 5:30, and I need to start figuring out dinner and also this pet allergy medication – I haven’t answered any of the emails I flagged for myself earlier in the day.

After I eat (randomized burrito bowl with cilantro rice, sweet potato, and beans, not really my best work tbh), I have to prep the post for the morning – we’re doing a cover reveal for Grace Lavery’s new book (!!) and I have to go through all the materials her press has sent and organize them into a post. I put on a horror movie in the background (Hell House, 2015) and start pulling the post together, and schedule an advice post for the next day while I’m in WordPress.

At this point it’s 8:30; Hell House has ended with a fairly solid twist, and I try to figure out what 2-3 emails are the best use of my time before I clean up the house and go to bed in my little castle of moving boxes. I decide on responding to a writer who’s turned in her draft, which is long & detailed and I’m excited about, a week or two ago and is following up on when she can expect next steps; I tell her my publication plan, ask if she has any visuals she wants me to include, and that I’ll get her edits this week if I have any, and hope I can honor that. I manage a few more emails coordinating books coverage and finding tracking numbers for some product samples for writer reviews, and follow up on a few things I know I’ll have forgotten about by the morning. 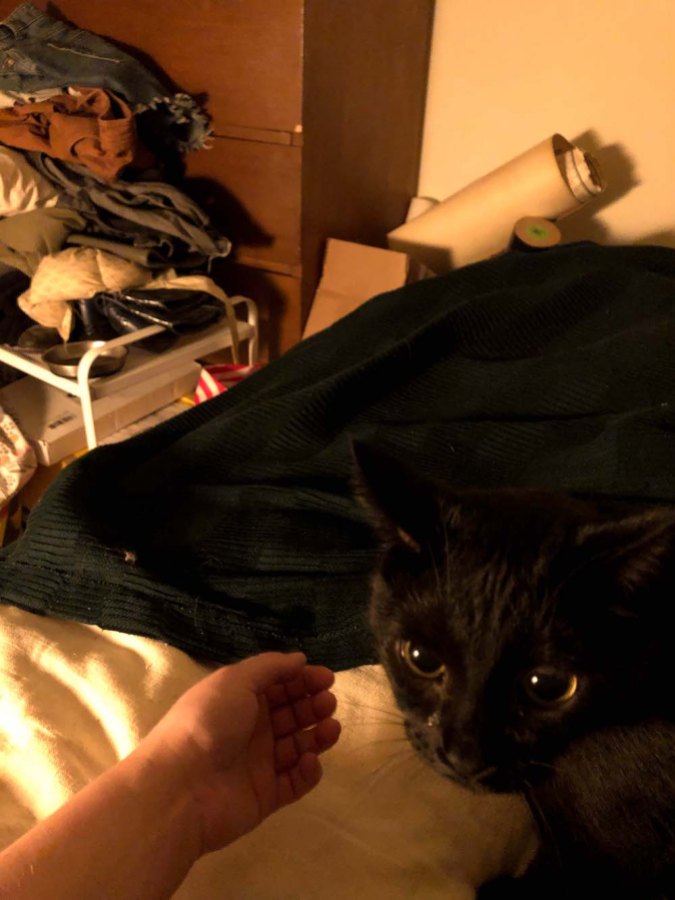 have i finished unpacking and storing this stuff in the time between when this photo was taken and this post was published? who’s to say!

Sometimes lately it’s hard to get to sleep, with a to-do list and the things I can’t believe I still wasn’t able to get to buzzing around my head like bluebirds when a Looney Tunes character gets hit with an anvil. Other nights, like tonight, I feel good about where we’re at (and where I’m at, even if it’s inside a castle of boxes) — when I can think of the work we’re doing as building something, and look back over the past 10+ years as being part of a process I’m proud of rather than obsessing over the specific product of that day. The community that’s growing around the site and especially A+ has really helped me see that; the usernames that have become familiar over the years, and the people who have joined not because they urgently need the content for themselves, but because they want it to be around for others.

I set the dishwasher (a dishwasher! A whole machine that just washes your dishes! While you sleep! This is 60% of why I moved), straighten the kitchen, and wash my face before I crawl into bed, where my cat is patiently waiting. I still have a stack of boxes taking up most of the back wall, and am hopeful I can somehow have them gone by the end of the week, although I didn’t get any unpacking done today. Luckily, my cat does not care. 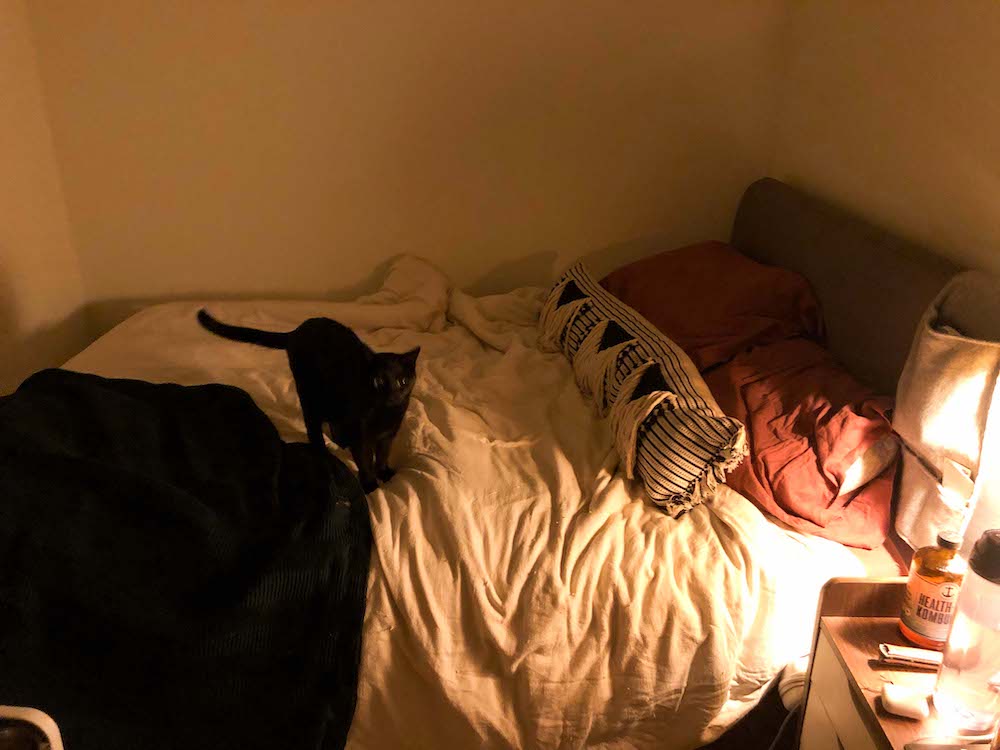