Hi, do you remember last week when we told you about how the push to finally take the anti-sodomy law off the books in  Montana was suddenly stalled for some reason? Don’t worry, we found the reason, it was this guy. 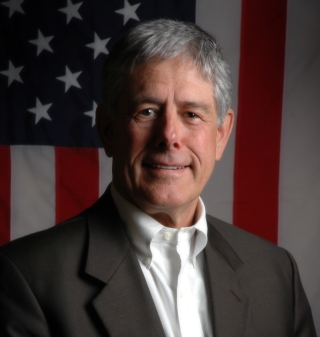 Ken Peterson is a 75-year-old Mormon Republican Senator (sorry for picking on you, Mormons! It would be easier if you weren’t behind virtually every major piece of anti-gay legislation!) who’s behind the blocking of the bill that would finally make gay sex not illegal in Montana. (There’s also a major budget crisis going down in Montana, but that’s probably not a real concern or whatever.)

So considering that the Supreme Court sent a pretty strong message w/r/t anti-sodomy laws with Lawrence v. Texas, what’s Peterson’s reasoning? Well, since Lawrence v. Texas concerns private consensual acts between adults, Peterson argues that Montana’s anti-sodomy law could still be useful in policing public gay sex, which I’ve really never heard of being an issue in Montana but hey, what do I know. I mean, Rep. Peterson seems to have thought A LOT about this eventuality, so I’ll defer to him:

“In my mind, if [gays] were engaging in acts in public that could be construed as homosexual, it would violate that statute,” the Missoula Independent quotes him as saying. “It has to be more than affection. It has to be overt homosexual acts of some kind or another… If kissing goes to that extent, yes. If it’s more than that, yes.”

It’s great that someone in a position of authority has finally thought this through so for the safety and wellbeing of the straight people of that fine state. Because that’s Rep. Peterson’s true motivation – in case you thought he was just a homophobic, uptight old white man who is skeeved out by gay sex specifically and therefore feels like it should be DOUBLE ILLEGAL to do in public, even more so than it already is to have any kind of public sex even for straight people – well, he’s actually here for the good of the people. Because when you kiss your girlfriend at the train station before she leaves for the entire semester or whatever, you could RECRUIT SOMEONE! Maybe even by accident! Who f*cking knows!

“Homosexuals can’t go out into the heterosexual community and try to recruit people, or try to enlist them in homosexual acts,” Peterson says. He provides an example: “‘Here, young man, your hormones are raging. Let’s go in this bedroom, and we’ll engage in some homosexual acts. You’ll find you like it.”

Aside from the unintentional spit-take level hilarity of that statement – or from the REALLY GLARINGLY OBVIOUS logical fallacy that watching straight people shove their tongues down each other in the Hallmark card aisle of CVS hasn’t turned anyone here straight yet – this is a very scary and sobering statement coming from an elected official. It seems very unlikely to ever become a reality – “”The statute will not be enforced as written—ever,” [Larry Epstein, vice president of the Montana County Attorneys Association] says. “We take our marching orders not only from the legislature but from the courts in which we appear” – it’s still pretty insane, no?

It’s a very special time to be in American politics, and we’re happy for Rep. Peterson that he’s really exploring all of the absolutely ridiculous causes that you are apparently able to champion with a straight face in public office while state public schools are in danger of losing funding and the issue of government-sponsored health care is completely up in the air.Really, round of applause for Mr. Peterson, right?