In another fix, I talked about Montana and Indiana, and their sad laws about gay people. The offer to come over still stands, but if you live in these two states things are a-changing already since my blog post. 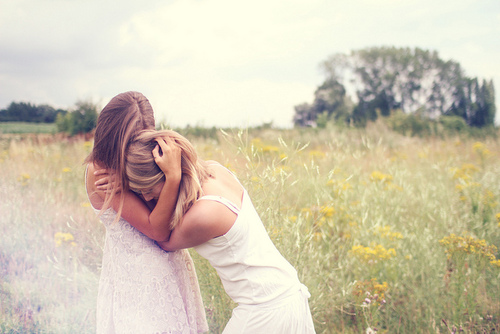 In Indiana, a law banning gay marriage is being attacked at the IndyStar, with a great piece by Erika D. Smith. She talks bluntly about the fallacy underlying all gay-hating legislation, pretty much: the misconception that somehow, taking away the rights of gay people will make them less gay. We’re here, we’re queer, and we’re not going to change our minds especially when Indiana isn’t the most exciting state, RIGHT?! Right. Plus, gay people are good for Indiana and everyone anyway:

Here’s what a constitutional ban on gay marriage won’t do:
It won’t stop gay couples from establishing households, then having and raising children.
It won’t stop gay couples from visiting other states to get married or even holding commitment ceremonies here.
It won’t stop people from going to gay bars and clubs. Talbott Street is in no danger of closing its doors.
It won’t stop people from going to Indianapolis’ annual pride parade and festival. Attendance — along with the event’s corporate sponsorships — has been growing every year, and I guarantee 2011 will be no different.
And it won’t stop the increasing social acceptance of gay culture, especially among teens and young adults. TV networks and Hollywood won’t stop producing shows and movies with gay characters.

But here’s what a constitutional ban on gay marriage would do:
It would enrage a community that has a national buying power of $743 billion and a higher household income per capita than average straight households.
It would deal a blow to the self-esteem of kids who do come out as gay because the ban would reinforce the idea that society hates them.
It would brand Indiana as a backward state where only heterosexuals would feel comfortable.
It would make it harder for major employers, such as Eli Lilly and Co. and WellPoint, to recruit a diverse workforce.
And it would make it harder for Indiana to retain a workforce of young, talented people who are looking for a community that embraces diversity, not discrimination.

(OH MY GOD PREACH IT SISTER, AM I RIGHT)

But in Montana, the discussion is more than an opinion in a local paper: it’s a legal motion. And in Montana it isn’t gay marriage that’s illegal… it’s gay sex. Awkward. And event more awkward: Diane Sands’ bill to officially remove that policy from the state laws (it was overturned by the state courts in 1997, but the policy’s text remains) has been stalled in the state house judiciary committee. So, this is kind of a womp-womp, but the fight remains – both on the ground and in the state legal offices. Hopefully a future day will come where people can at least continue not getting married without having to be constitutionally banned from it, and where at least private intimate relationships can be, uh, legal.