Do you like rock ‘n roll? Do you have a spare 42 minutes today? If you answered ‘yes’, you should check out the new album from The Kills. It’s called Blood Pressures, and it’s streaming on their website right now.

If you’re a fan of what The Kills do, Blood Pressures is probably going to meet and maybe even exceed your expectations. This album is delightfully dark and gritty. As BBC Music aptly describes, “throughout Jamie Hince plays his guitar like a framed prisoner scratching his last angry wishes on a cell wall, while Alison Mosshart sings with the conviction and menace of a lying politician.”

The album is officially released on April 5. You can pre-order it from Amazon. 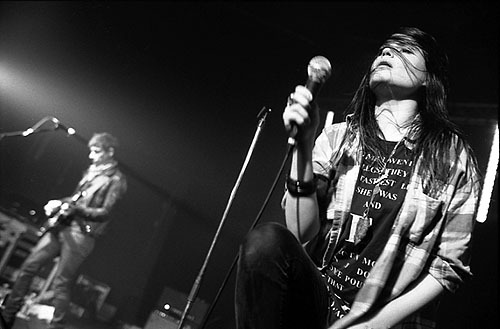