Everyone from President Obama to Justin Bieber has now officially weighed in on the Gay Teen Suicide phenomenon, and while they all agree it is Very Tragic so far the discussion has been largely feelings-based as opposed to action-based. But that may be beginning to change; it takes the scientific community a little longer to enter these conversations, because it takes them time to actually do the research and make sure they have something concrete to say, but their input might be the most important of all. A panel of 26 researchers, clinicians, educators and policy experts have just released a comprehensive report on suicidal tendencies and behavior in queer teens and adults. It will appear in print in the January 19th issue of the Journal of Homosexuality, but until then it’s also available to read online if you’d like to see the findings for yourself. 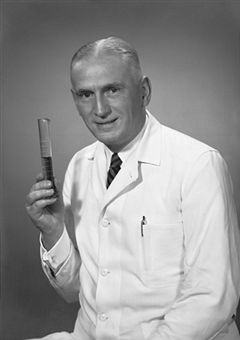 this man was not part of the research team

So what does it say? The general conclusions aren’t shocking; like most studies, this one calls for more studies like itself, in order to “close knowledge gaps about suicidal behavior in LGBT people.” More interestingly, however, it also calls for “making LGBT suicide prevention a national priority.” Galvanizing language that’s ulitmately meaningless? Maybe. But keep in mind that to a large extent, we have not even made “educating our children” or “ending our multiple wars overseas” a national priority, so that’s actually pretty strong language. Dr. Ann Haas, the study’s lead author, has said that she “[hopes] to move LGBT suicide prevention squarely onto the national agenda and provide a framework for actions aimed at reducing suicidal behavior in these populations.” Supporting LGBT people hasn’t been squarely part of the national agenda since, well, ever, not even in the 1980s when it felt like we might actually die out, so I’m going to give Dr. Haas a lot of credit for that statement.

The actual findings of the report don’t disappoint either. They report “strong research evidence of significantly elevated rates of lifetime reported suicide attempts among LGBT adolescents and adults,” which we’ve known both statistically and anecdotally for a long time. They also report that data on this is hard to find and verify, because of the difficult-to-quantify nature of sexual orientation and gender identity – people don’t always want to report it, and it’s not always included in death reports. Again, already commonly known. But then they bring out something people may not have heard before – while other research indicating abnormally high levels of depression, anxiety and substance abuse in queer teens is solid, “the panel found that these problems, by themselves, do not account for the higher rates of suicide attempts that have been reported by LGBT people.” What does account for them?

“… the consensus report identified stigma and discrimination as playing a key role, especially acts such as rejection or abuse by family members or peers, bullying and harassment, denunciation from religious communities and individual discrimination. The report also highlighted evidence that discriminatory laws and public policies have a profound negative impact on the mental health of gay adults.”

Did you already know that? Yes. In a way, it’s only the same thing everyone has been saying since September: when kids kill themselves, bullies are at least partly responsible, and should be held accountable. But this is the first time, as far as I know, that an objective and highly respected research team has agreed. And they’re not just talking about the pushing-into-lockers bullies, but the kind that we encounter throughout our lives: the bosses that fire us for coming out, the parents that don’t want to meet our partner, the churches that call us deviant, the government that treats us like less than people.

A real scientific study calls them all out. 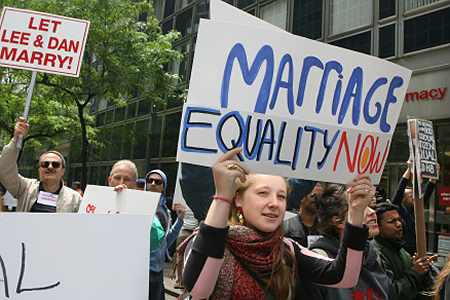 And aside from just validating our feelings, this could mean the potential for real change; if we really are going to become part of the “national agenda” and if we’re going to work for policy changes that will protect us, we need studies like this. People who are fighting for us in courtrooms and Congressmen’s offices need things like this to point to when they argue that things need to change. When DOMA has to defend its existence in the Supreme Court – which I’m confident it will, sooner or later – having a team of experts who confirm that “discriminatory laws and public policies have a profound negative impact on the mental health of gay adults” will be huge.

This is not, unfortunately, quite what the panel called for in its final recommendations – they ask that LGBT organizations “lead efforts to encourage early identification of depression, anxiety, substance abuse and other mental disorders among LGBT people,” which feels a little like turning the focus back on the victims and away from the perpetrator. But they also call for improving information about LGBT people in suicide research and literature, and beginning to include such measures in general population studies so that we have more data to work from in the future. And in the end, it’s not so much what this panel recommends that matters, but what we can do with their findings. The more fingers we have pointing at the bullies, oppressors and homophobes in every level of our society, the closer we are to everyone understanding that the problem is with them, and not us. And when that happens, maybe our children will stop dying.