Welcome to Saturday Morning Cartoons, a segment where four artists take turns delighting you with their whimsy, facts and punchlines on Saturday mornings! Our esteemed cartoon critters are Cameron Glavin, Anna Bongiovanni, Megan Prazenica and Yao Xiao. Today’s cartoon is by Yao! 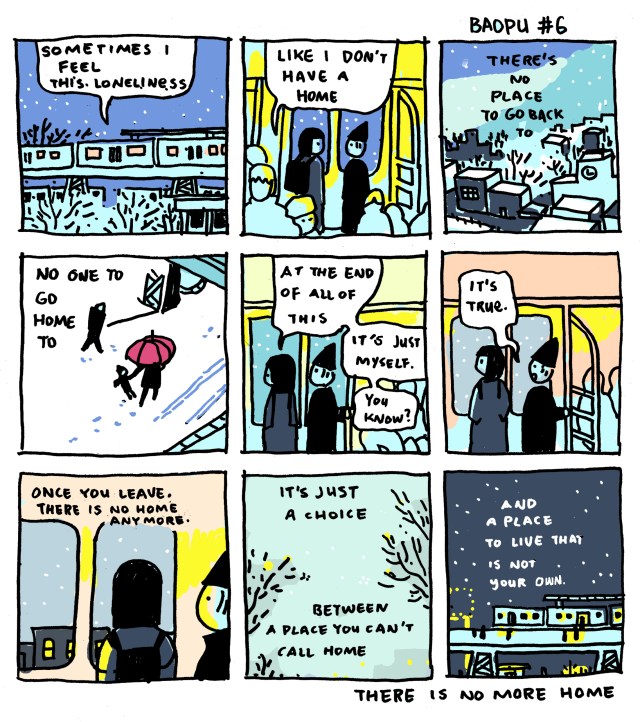 Yao Xiao is a China-born illustrator based in New York City. Yao Xiao creates artwork depicting a poetic visual world where complex concepts and human emotions are examined, amplified, and given physical form. Her work has helped people all over the globe connect at unique moments, from the celebration of the 20 Year Anniversary of the SXSW Interactive Festival, to the grand release of pop singer Katy Perry's single 'Dark Horse.' She has created deeply emotional and beautiful graphics for editorial print publications, pop music record covers, concert posters and book covers. Yao Xiao's serialized comic Baopu currently runs monthly on Autostraddle. It is an original comic exploring the nuances in searching for identities, connections and friendships through the fictional life of a young, queer emigrant. Baopu stands for 'holding simplicity,' a Taoist ideal of wishing to return to a simpler state. Find her on Twitter, Facebook, Instagram, Etsy or her website.

Yao has written 105 articles for us.