It doesn’t matter that I didn’t think my dad loved me as a kid.

Every time we exhale, the shit parents do to us holds less weight. Past 48 hours memories blur, fade, blow into the mist. At least that’s what they say, that’s what should happen, right?

But those memories bruise ribs.

They do not disappear.
They squeeze through cracks in bone and become marrow.
They fade into the bloodstream and are absorbed in our movements.

It’s true though. I asked Grandma about it — his lack of love.
“Grandma, I don’t want to go home. Dad doesn’t love me. Can’t I just stay with you?”
She opened her arms to me. In a past life, one before me, she’d divorce his father.
Religious. Aggressive. Military man. His father. She’d had enough then too.

Grandma confronted my Dad, her son.

I was terrified Dad would smell the snitch on me but still, I asked. I was five. I prayed he would still love me. Had to love me. Maybe I was missing something.

Grandma wanted to prove that I was worried for no reason. Of course, he loved me.

Her curved banister, carpeted, rose petal pink, served as a hiding spot. It’s the focal point of this memory, this blip of a narrative. I hid there as my father’s mother questioned him about not loving me. This man, who gave no hugs, sang in a Christian band, and worked for a Latino-owned company like it was the 1950s, my father — the wait-til-your-father-gets-home type of father — my grandma asked him why her first-born grandchild didn’t feel loved.

I sat on the top step, nose-running, heart exploding into break beats.

He stood at the bottom of the stairs. I experienced a life after death moment, still very much alive. We were at a standoff with Grandma in the middle, all these questions festering between us. We shared no common language. Not physical. Not with words. Non-existent.

“You know your father loves you. Stop. This. Right. Now.”
My mother’s voice is the only voice I remember in this moment.
Denial. Assured denial. Aggravated Denial. Denial.

We are doing the best we can. No one cares.

It’s 1989 and Willie Colón releases “El Gran Varon.” I’m seven years old. Sitting in the backseat of our white minivan. Small enough to feel vulnerable to the rapture. Small enough to understand some words in Spanish. Aware enough to know that there is a difference between English and Spanish.

Dad only listens to Christian music or Salsa. His favorite is Salsa. Always too fast, always too many sharp notes on the trumpet. It didn’t sound like the television to me. But this song, “El Gran Varon,” pressed stillness into my Pentecostal, child-anxiety.

Dad told Grandma he loved me.
Dad told me that if I kept crying, he’d give me something to cry about.

He’s doing the best he can.

In a hospital room? That’s where Simón died? Why didn’t anyone cry? How could no one cry? I cried in the backseat of our white minivan. Seven. My broken Spanglish got me only so far in deciphering this song, far enough to ache for Simón. 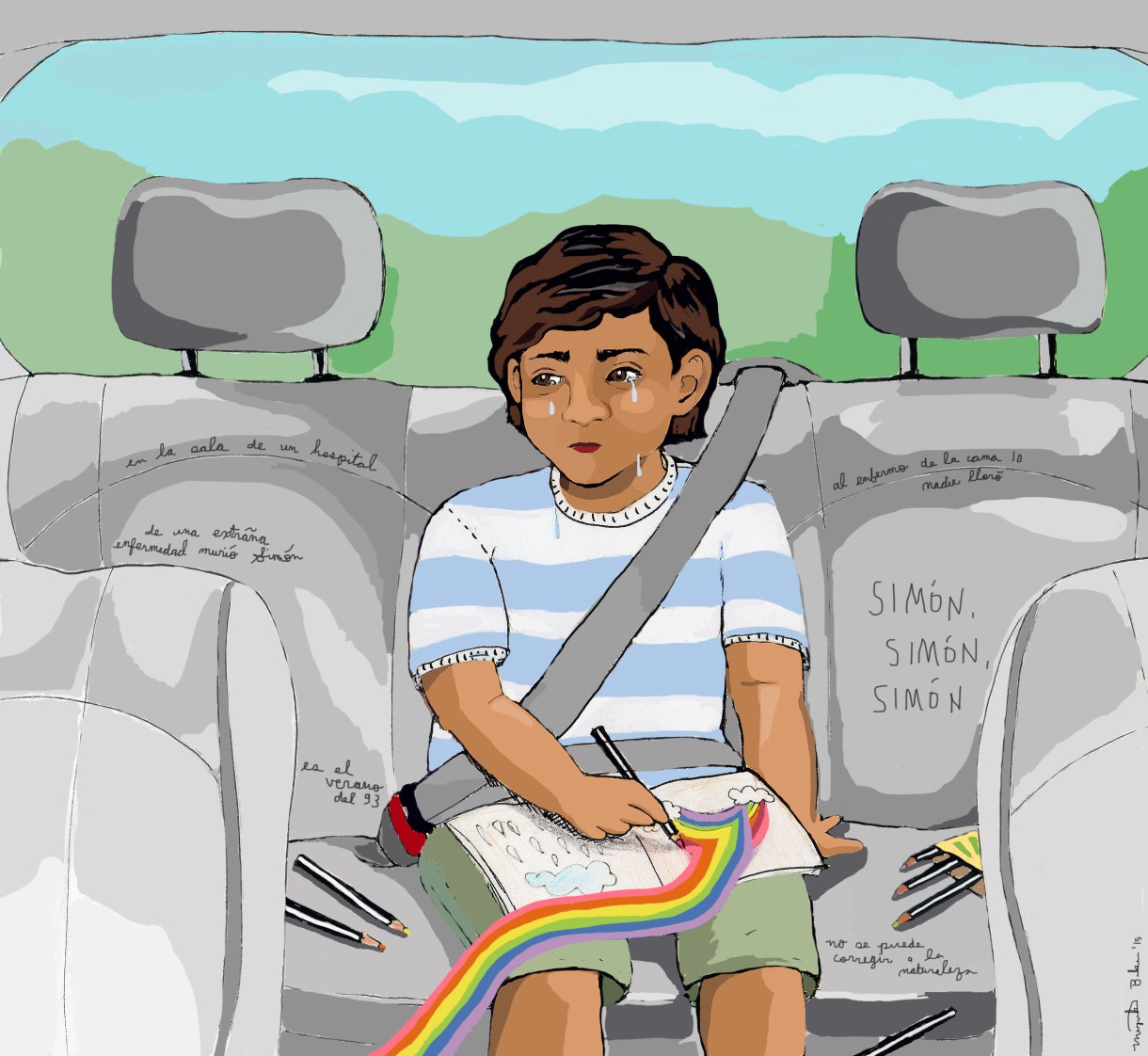 Willie Colón’s voice was my grandma dressed in her widow’s black counting novenas. It was End of Days empty, calling out for redemption. He sang like that time I asked my Grandma if my Dad loved me, like that time I got spanked for asking such an obvious question.

My answer for him, the answer I’ve created for us, was and still is, I’m not really sure how to love you, yet.

I was afraid to ask my Dad why Simón died alone. Patience just wasn’t a thing he could do. He had no time for ‘are we there yets’ or never ending rounds of ‘but why, Dad?’

I didn’t want him to see me crying and then decide to give me more reasons. There are always real reasons to cry, right? The song hurt and that pain made me brave for just a split second, so I asked.

My father looked to his right, made eye-contact with my mother. They shared permission? Sadness? I feared getting it — you know, that front-seat backhand.

But Dad spoke to me in this delicate voice, the voice reserved for real life shit, the shit you have to tell kids even though you know it will stomp them, you know it will push them closer to adulthood, to death, to belief in the finite.

He said, “Muñeca, Simón died of AIDS. His family didn’t love him anymore.”

Inconsolable in the backseat, I cried into my coloring book.

I knew about AIDS. AIDS killed my cousin José. We’d just buried him. AIDS made my Grandma and Titis knit squares for the quilt they carried while marching at the White House with all the other Grandmas and Titis.

We didn’t talk about that song again for awhile. But like my Dad and I didn’t really talk anyway, so the silence was just miles passing under our feet.

Still, he never skipped past the song when it came on in the car or in the kitchen on Saturday mornings while my Mom cleaned the house. Over the years it found space in the grooves of my fingertips, the tension behind my eyelids, and as my Spanglish became a language, I understood more. I ached more for Simón and for myself.

No one cares. This is not a big deal.

How you felt about your father growing up means nothing now.

I imagine his thoughts. Still there is a language barrier. Still it is our silence that speaks.

Simón was wearing a skirt, and some lipstick when his father came to visit.

My father is silent. He lets the song play. This alone is a radical act. I don’t understand why my strict Christian father let’s a song about a man — who becomes a woman, who wears a dress who puts on lipstick, who contracts HIV, who dies of AIDS alone — play. Is it my Spanish? Am I not understanding this song? Who is Simón?

Who is my Dad?

He’s quiet. He doesn’t explain the song and doesn’t defend me when I’m pressed to put on a skirt in the dressing room for my mother. These are conversations between women.

Simón’s father doesn’t recognize him. I don’t recognize myself. Some days I have no idea what my father’s voice sounds like but I know his looks. I know his ‘just in case you’re up to no good’ glare, thigh slap. Unexpected. Unannounced, without a word.

Maybe if we could talk to our fathers there’d be less shock and awe. We wouldn’t be at war.

Maybe Simón would be alive. Maybe I wouldn’t want to hide inside of my flesh when he walked into any room. Because even though my Spanish was getting stronger, I still couldn’t say a word to my Dad without being afraid of him and his hands and his God and his machismo.

Still, he let’s the song play.

Dad let Willie Colón’s voice drop Simón’s tragedy into my heart and fill in the spaces of confusion and shame.

If Simón was a girl, then I was a dyke and if my father let the song play, then maybe I could sing to him and we’d finally be able to speak to each other. 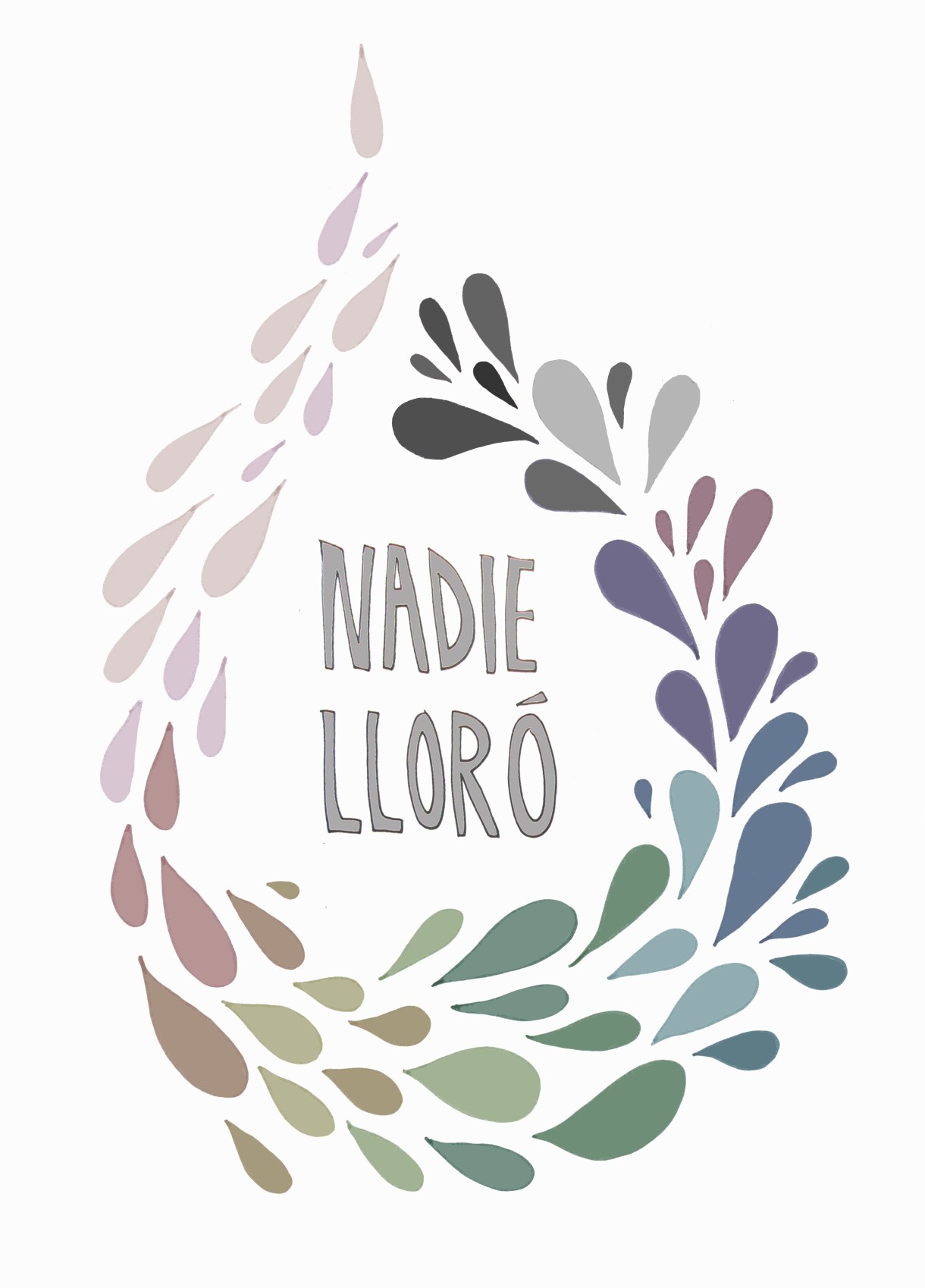 Simón died alone. His father saw him dressed as a woman and never took another step near him.

The song tells us that we can’t change nature, that what is will always be. This is when the song picks up. Instead of being on the side of the father, the side of machismo, the side of what our religion says is right, this song is on the side of Simón.

You can’t change someone’s nature. The trumpets bloom and shout, reaching for the heavens. The tempo moves fast enough to break a sweat, even without understanding the Spanish, the body knows that something has changed.

Salsa is the language of a people stuffed into a barrio and left to bleed to death. And yet, there is joy in what is natural — to sing, to live, to remember those who have died alone.

To remember that time when you were five years old and you didn’t think your dad loved you.

I’m 19 and getting A’s in college-level Spanish because easy As are the best As and it’s like I actually speak a second language.

I tell both of them I’m gay. Mom and Dad.
Grandma knew. She always knew even though I was never able to speak those words to her.
Mom leaves the table. Dad stays.

He let’s the song play.

This is his language.

He says, “You’re still my kid, muñeca. Nothing changes that.”
We sat there listening to each other’s heartbeats.

We have this moment, one where I know that I still have a home.
Finally, something shared.
Silence. Truth. Denial rejected.

What is natural is triumphant.

Simón died alone so I didn’t have to.

A generation of us, Latinas, salseras, little kids in the backseat of the family car, we have danced to Willie’s cry, daring us to love hard, daring us to love past bigotry, machismo, to love our sons in dresses, to keep vigil by their bedsides when they’re stricken by disease, by loneliness, by homophobia, to love the children who reclaim their souls by creating new identities by leaving what is known and daring to strike out alone wearing bold shades of lipstick and burning our skirts and silences to the ground, we’ve been asked to be better, to be triumphant, to honor what is natural, to honor who we are so that none of us die alone.

In that moment, en la sala de un hospital, at our dining room table, he didn’t leave me.
I didn’t die alone.

And I will never skip that song.

I will be just like him in that moment.
I will cry in front of my child.

And we will sing to la naturaleza and praise its beauty and we will hold hands and gather our people in song and we will love loud like the trumpets and the congas and the rhythm of swaying palm trees in the inner city where all the Grandmas and all the Titis live and spread life and love.

And none of us will die alone or in vain.
And we will dance and dance.