This review contains spoilers for “Ratched.”

Ratched, Ryan Murphy’s latest creation for Netflix, feels like a gay film student accidentally said his favorite Hitchcock villain was Nurse Ratched and then spent 100 million dollars to prove he was just pitching a concept. This eight-episode series — that is supposedly season one of a four season arc — is absurd in its very existence and delicious in its classic movie concoction. There is so much to chew on, so much to celebrate, so much to critique, and yet the whole thing feels so completely Ryan Murphy it’s hard not to just delight in its very existence.

Sarah Paulson plays the titular nurse, the icon from cinema history, the antagonist of One Flew Over the Cuckoo’s Nest. Gone are Louise Fletcher’s subtle tics; in their place we receive Sarah Paulson in all her dyke drag queen glory. It would be inaccurate to say Paulson grounds this version of Nurse Ratched because there is no grounding this version of Nurse Ratched. But she justifies her confusing complexity with line deliveries that slice and an emotional core that beats its bloody heart through every twist and turn. The combination of Murphy’s faggotry and Paulson’s peak lesbian murder mommi can only be described as LGBTQ+ community solidarity. 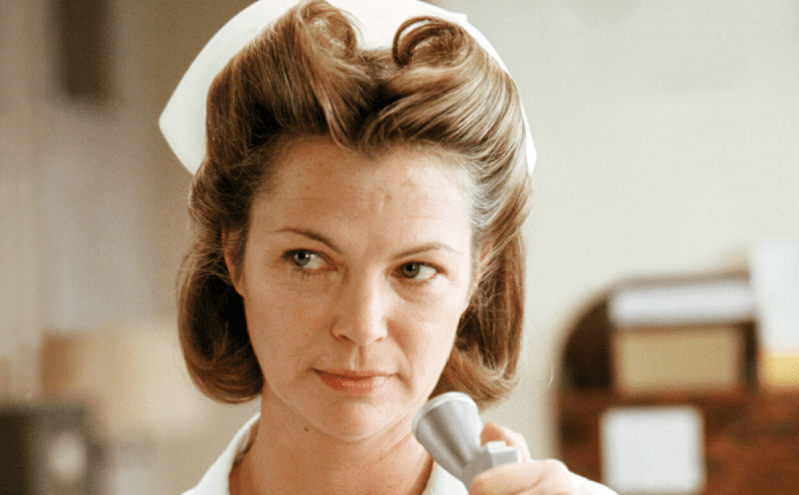 Louise Fletcher as Nurse Ratched in One Flew Over The Cuckoo’s Nest (dir. Milos Forman, 1975).

One Flew Over the Cuckoo’s Nest is one of the gayest entries in the American film canon. It doesn’t have the fandom of The Wizard of Oz or the innate queerness of Cabaret or the camp potential of any number of Joan Crawford movies — Nurse Ratched is much too subtle for that. No, the film is gay because it was made in 1975 and it’s set in a mental hospital. It has one explicitly gay character and several other possibly gay characters, and they are in the hospital because they are gay and because being gay is supposedly wrong. Of course, the film does not focus on them — a few lines, body language, and the context of the book are the only clues of its queerness. The film doesn’t focus on Nurse Ratched either. The protagonist of Cuckoo’s Nest is Jack Nicholson’s R.P. McMurphy, a cis straight man in prison for statutory rape who just wants to watch the World Series. Revisit Cuckoo’s Nest today and you’ll find a work deeply grounded in its 1970s cishet white male POV, but you’ll also find a powerful depiction of the systemic abuse people face who are disabled, queer, or who have committed crimes. Nurse Ratched isn’t scary because she’s a scheming monster — she’s scary because she thinks all problems can be solved with control and order.

It’s not that Ratched doesn’t care about its source material. It’s just that Cuckoo’s Nest isn’t its only source material. With a score that evokes — and steals from — Bernard Herrmann and melodrama that could turn Douglas Sirk gay, Ratched takes the original film’s backdrop of queerness and splatters it on the screen in blood. It’s still asking questions about power and rehabilitation and failed systems, but it’s doing so in a way that’s explicitly queer and expressionistic in its portrayal of 20th century queerness. The first hundred years of cinema were a horror show for homosexuals and that’s exactly what Ryan Murphy and his team are presenting. Ratched is a horror show for homosexuals. Its gaze stabs, cuts, bludgeons, and mutilates what was past. For better or worse, Nurse Ratched is reborn. 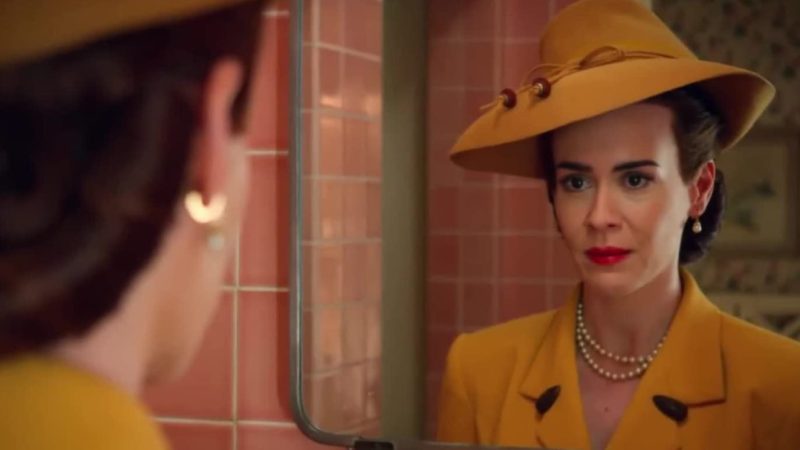 The plot — or the supposed plot — is that young Nurse Mildred Ratched has made her way to California to get a job at the Lucia mental hospital. Lucia recently made headlines by taking in a man named Edmund Tolleson (Finn Witrock) who murdered a house full of priests. Dr. Richard Hanover (Jon Jon Briones, in a part finally worthy of his talents) believes he can cure Edmund, but the governor wants him dead before the next election. Mildred arrives and quickly begins scheming — her plans derailed by circumstance and a newfound crush on Gwendolyn Briggs (Cynthia Nixon), the governor’s right-hand. This is only the beginning of a story that has ends both dead and loose and a barrage of memorable characters played by Sharon Stone, Alice Englert, Sophie Okonedo, Rosanna Arquette, Corey Stoll, Amanda Plummer, Vincent D’Onofrio, and Judy Davis.

It feels strange to single anyone out in a cast so wonderful and bonkers, but the governor of my heart Cynthia Nixon provides a special tenderness to a show that at times can be quite harsh. Sarah Paulson and Cynthia Nixon are both out queer women. Watching two out queer women at the top of their craft fall in love on a major television series is a rarity I cherish. That they are 45 and 54 respectively only makes it more delicious. Their moments together might make you long for a romance without all the guts and gore, but their presence in a genre story is yet another rarity and yet another delight. And, even better, their queerness is not a fun addition, but rather the entire point. 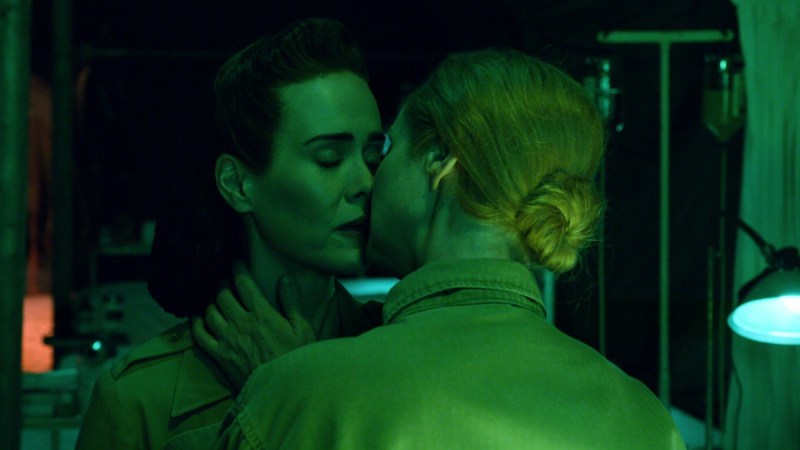 One of the show’s many subplots — seriously, there are so many subplots! Too many subplots! Some work! Some don’t! — is about two women housed at Lucia for being queer. The first abuse they face is a lobotomy. When this fails to turn them straight, they are prescribed a treatment that can be described only as being boiled alive. The parallel of this torture with Mildred and Gwendolyn’s burgeoning romance hits in all the right ways and culminates in relief instead of suffering. It’s the first crack in Mildred Ratched’s veneer. Maybe, sometimes, desire is okay. Maybe, sometimes, Mildred can extend the same kindness to herself and those like her as she does to those whom she feels obligated. It’s a metaphorically queer narrative that’s wrapped in an explicitly queer narrative and in 2020 we should settle for nothing less.

Unfortunately, not all the violence is this thoughtful. Horror is a difficult genre because it’s been abused for so long and because it always requires abuse on-screen. Horror does not need to be explicitly political, but it always will be — all art will be — and this is a genre where the politics can never be buried.

Every creator of horror should reflect on the following:

These points may seem upsettingly prescriptive to some who make or consume art. But they are, quite literally, just questions. 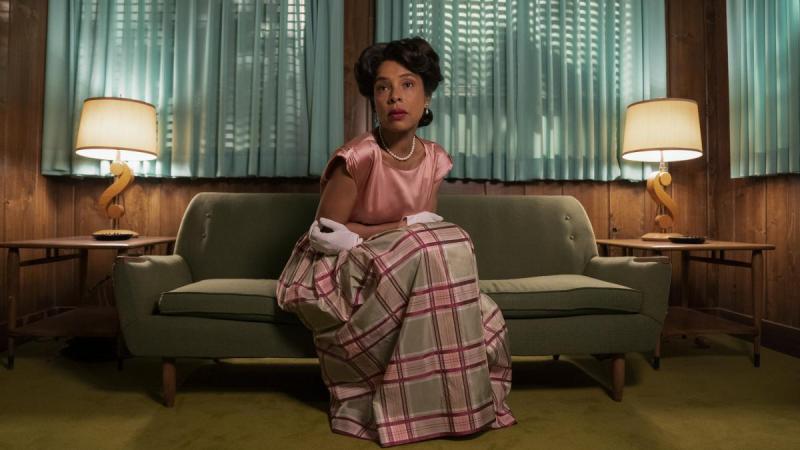 First, there is the question of the horror’s source. Horror out of difference can be found in the murderous rages of Charlotte (Sophie Okonedo), who has Dissociative Identity Disorder, and horror out of power can be found in the violence of hitman Charles Wainwright (Corey Stoll) or the brutal treatments administered at the hospital. Sharon Stone’s character’s son falls somewhere in between — he’s gay and clearly the show is trying to take grotesque ableist glee in his amputations, but the extent of his terrifying power is shown long before his accident and his gayness is irrelevant in a show so filled with gays. These are not simple matters of right and wrong. There are no rules about who can and cannot be a villain. In fact, we all deserve to see our full humanity on screen and that includes people who do harm. But too often Ratched falls into ableist tropes of equating mental illness with violence in ways that do not feel complex. There’s a difference between being subversive and being lazy.

The victims of the violence matter as much as the perpetrators. And, for once at least, the queers survive. While it’s certainly not easy to watch any of the suffering the queer characters face, it feels pointed and earned and there’s some relief in the end. Unfortunately, many of the characters of color are not granted the same care.

Charlotte plays both perpetrator and victim, and as victim her story feels callous. The throat-slitting of a Black security guard, the lobotomy we witness on a Black patient, and Hanover’s death are all brutal as well. Again, this is horror. Characters suffer, characters die, but it’s how these things are shown that matters. The security guard is murdered to service a Bonnie and Clyde subplot that cares far more about its Bonnie and Clyde than their victim bleeding on the hospital floor. It’s true that a lot of lives are destroyed to get us to a reasonably happy end for our white middle-aged lesbians, but the security guard and the fates of Charlotte and Hanover felt gratuitous in their execution. 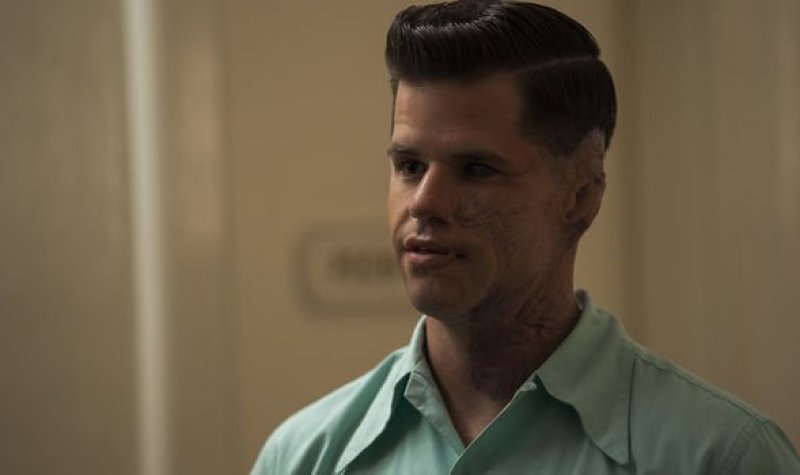 These issues are also epitomized in the character Huck (Charlie Carver), one of the few male nurses at Lucia. Huck has burn scars on half his face and in the trailer for Ratched, it seemed as if the show was carrying out a trope even more tired than the trans woman serial killer. The horror genre loves to equate outer difference with inner difference, to equate scarring with something to fear. Thankfully Ratched does no such thing. In fact, Huck is so kind and courageous he dips into a different trope of being too good. But, because this is the horror genre, his presence as hero feels welcome even in its simplicity. His murder, however, feels brutal. When is a horror killing justified? When is a shock for shock’s sake part of the fun? And when is it simply a lazy way to illicit emotions? I don’t have answers to these questions. Each of our answers would likely be different. But for me Ratched occasionally faltered in its justifications.

Ratched’s core thematic concern is who among us can heal, who among us still deserves to be granted our humanity. These are important themes to reflect upon and a natural continuation of the questions first posed by Cuckoo’s Nest 45 years ago. But I would ask Ryan Murphy and his team these same questions. Ratched is a pulpy gift with as many thematic threads as it has subplots. It earns our time, it earns our questions, even amidst all of its silliness.

Ryan Murphy’s middle name is Patrick. Ryan Patrick Murphy. The protagonist of Cuckoo’s Nest’s middle name is also Patrick. Randle Patrick McMurphy. It makes me wonder what drew Murphy to this property. Maybe he saw more similarities in this famed anti-hero than just their names. Maybe he saw just as much of himself in R.P.’s adversary. Maybe we’ve all hurt and been hurt, but at the end of the day whoever is behind the glass gets to call the shots. Each of us gets to decide the humanity we see. Every doctor, every nurse, every showrunner gets to decide the humanity they see. What a horrifying thought.

Ratched is now streaming on Netflix.