My (totally one sided) love affair with Downton Abbey’s Lady Mary Crawley began the second I saw a gif set of her on this brand new website called Tumblr. It was my second year of college and I pretty much retreated from any form of human contact aside from the nice lady at the Taco Bell drive-thru window. This meant that I spent an embarrassingly large amount of hours investigating any gif set that I found the least bit intriguing. And by intriguing I mean had a beautiful, ethereal, hopefully bitchy-looking lady. And boy did I hit the Tumblr jackpot with Lady Mary Crawley.

To start off, Mary Crawley is an actual Lady. With a capital L. Not quite sure what qualifies one to become a lady but I think it has to do with something about royalty, a large fortune, and an ancient estate, which in Mary’s case is Downton Abbey itself. She is the eldest daughter of Robert Crawley, Earl of Grantham and American heiress, Cora Crawley. You would think she would be set for life, right? Well, since this is turn of the century England, law states that her father’s entire estate and title, along with her mother’s fortune, must pass to a male heir. So even with this fancy title, that’s all Lady Mary is — a fancy doll whose sole purpose is to get married to a distant cousin to keep the estate and the fortune among the family.

Um… I’d become a bitchy nightmare if this was my life. And oh is Lady Mary a cranky ass bitch.
Via 24.media.tumblr.com

We first meet Lady Mary in 1912, a whole six years before women get the right to vote, and that’s only if they were over 30, owned property or had a university degree. She, along with the rest of her family, just received news that her fiancé/distant cousin has died on the Titanic, which means the position of heir moves to yet another distant cousin, Matthew Crawley. The constant pushing and pulling for new suitors has left Lady Mary furious and bitter and focuses all of her anger towards Matthew.

She was brought up her entire life knowing her sole purpose was just a means to an end, maintaining the family line to keep the estate alive. While the show follows the upstairs and downstairs occupants and how their lives intersect in the estate, it is Mary’s life that is inseparable from Downton Abbey. They are a package deal; she would be nothing without it. 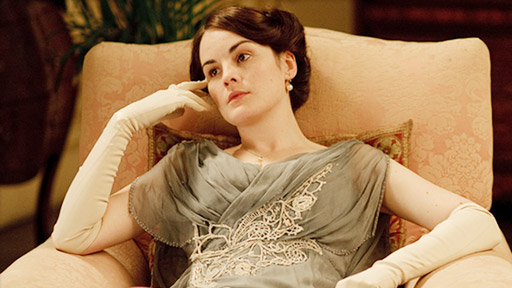 “Women like me don’t have a life. We choose clothes and pay calls and work for charity and do the season. But really we are stuck in a waiting room until we marry.”
Via tc.pbs.org

Her title is a confinement that she can’t ever break free from. She is sick of being a pawn in Downton Abbey’s game and refuses to act as if she’s happy with her position. When the series first came out, everyone hated Lady Mary because they thought she was such a prissy princess and that she should “get over herself.” And by all means she is, but why wouldn’t she be? She acknowledges her position as a glorified porcelain doll and tries to rebel against it with a fiery spirit that could melt off the paint on china. She acts superior to her sisters and pretty much everyone else because it’s the only way she feels powerful.

People despise her for it at first, until it’s realized that her entitlement comes from fear. She’s just a lost soul waiting for something to happen to her and there’s nothing she can do about it. Her title and money are her gilded cage to which there is seemingly no key. I think it’s because of said cage that it’s hard for Lady Mary to relate to others’ struggles because she is so wrapped up in her own. She’s rude and often says the cruelest things to people she actually cares about, and has no concept of how those words hurt them. 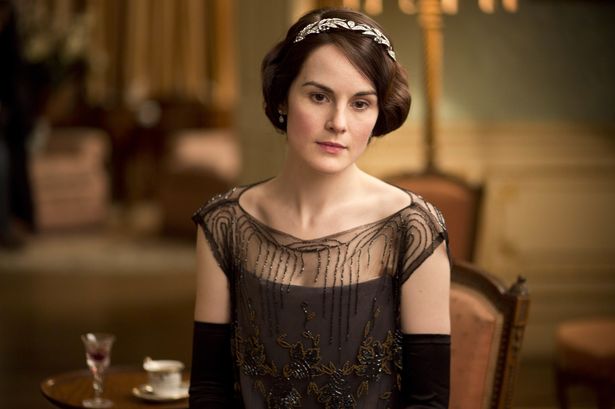 “You should learn to forget what I say. I know I do.”
Via dailymars.net

While I love Lady Mary Crawley and I follow Michelle Dockery (the actress who plays her) on Instagram, the clumsy story arc and killing spree has hindered me from watching Downton Abbey past season 3. Hopefully Lady Mary is still the strong character that I remember her to be and also have the stankiest eye roll in all of television history.

“Haven’t you heard? I don’t have a heart. Everyone knows that.”
Via media1.giphy.com

Join A+!
Related:regularrhymes with witches