All our faves (or at least most of them) are finally coming back! There’s major news out of DC Comics headquarters! In April and May of 2015, DC will be launching a nine-week miniseries called Convergence that is bringing back many of the DC characters who we love and have missed ever since they were seemingly erased by the New 52 relaunch. This means we’re getting back (at least temporarily) Cass Cain, Oracle, Donna Troy and of course, Renee Montoya! 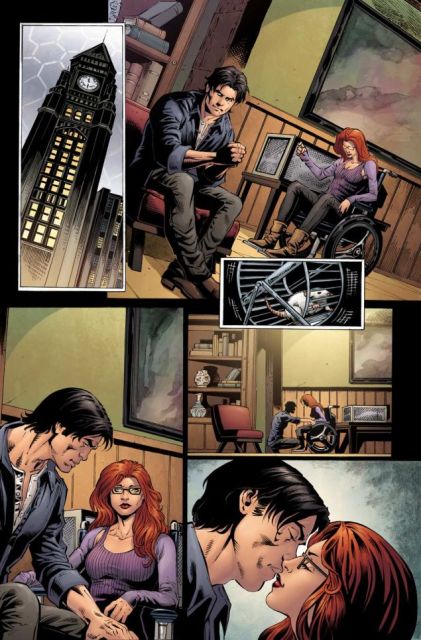 One of the biggest criticisms of DC’s New52 relaunch has been that it benched a large number of fan-favorite characters, particularly women and people of color. People like Stephanie Brown, Donna Troy, Ryan Choi, Barbara Gordon as Oracle and Renee Montoya were all popular and much loved characters who really resonated with comic book fans who don’t often see themselves represented on the pages. Ever since Barbara Gordon became Batgirl again, many people have rightfully complained that that erased one of the the highest profile comic book characters with a disability. But now she’s back in the role and teaming up with Nightwing. 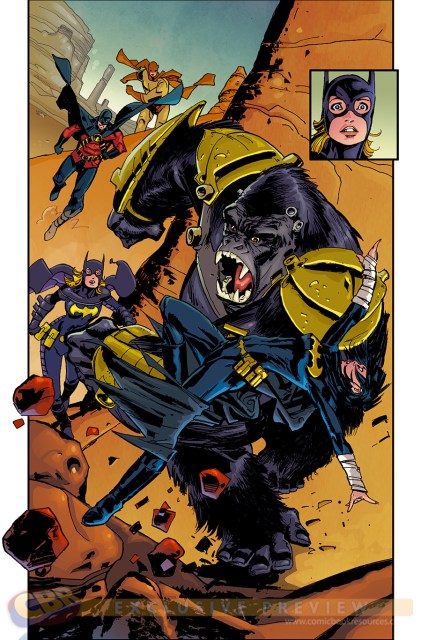 Stephanie Brown, who has gone by several different aliases, including Spoiler, Robin and Batgirl, has appeared a few times in the New 52 universe, but mostly it’s been back in her role as Spoiler in the series Batman Eternal and then as one of several Batgirls (along with Cass Cain and Tiffany Fox) in the alternate future one-shot Batgirl Futures End. Now she and Cass Cain, who has been both Batgirl and Black Bat, join together with Red Robin in the Batgirl miniseries. This is super exciting news, as Stephanie Brown and Cass Cain have always been two of my favorites (especially when they’re working together) and hopefully it will mean that the two of them are here to stay in the New 52 DC Universe. 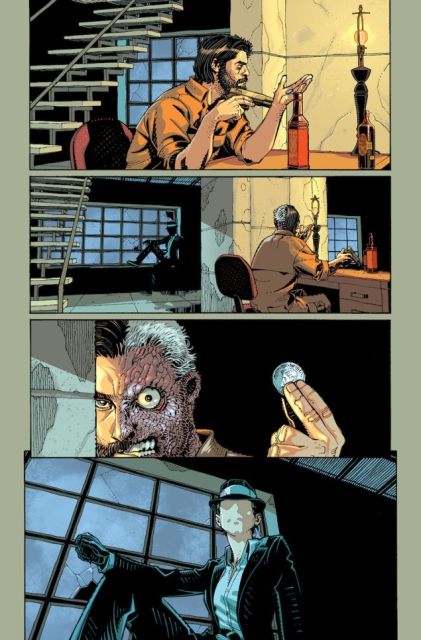 In the best news out of all of this, Queen of the Lesbian Comic Book Characters Renee Montoya will return as The Question in a miniseries written by Greg Rucka, who wrote Renee in the legendary and ground-breaking Gotham Central series. While both Stephanie Brown and Cass Cain have been seen here and there in the New52, this will be the first time we actually see Renee since the relaunch. Plus, she’s teamed back up with Harvey Dent/Twoface, who she always has great chemistry with. You guys, I am super freaking pumped for this.

Another announced miniseries that doesn’t feature characters missing from the New 52, but should still be of note to Autostraddle readers is the Harley Quinn miniseries which will see Harley, Poison Ivy and Catwoman teaming up in a reunion of Gotham City Sirens to fight the very bizarre giant super powered rabbit, Captain Carrot. This title is sure to be filled with fun highjinks and lots of lesbian subtext. Plus, it looks like Harley is getting back her classic look, which is definitely a refreshing change of pace. 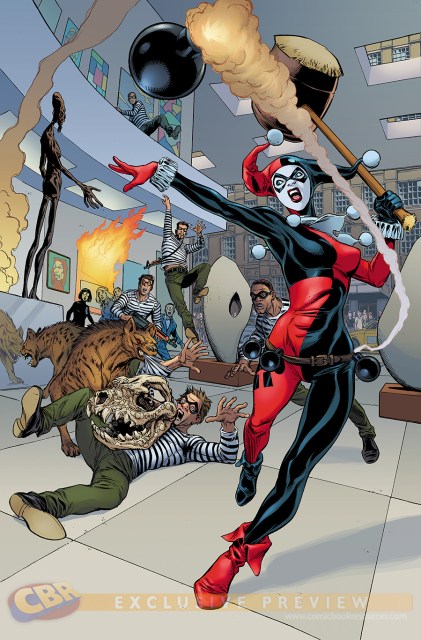 Also in promising DC news, we had previously reported that Warner Bros. was looking for a woman to direct their upcoming Wonder Woman movie, and it looks like a frontrunner has emerged. Michelle MacLaren, who has no previous experience directing films, but is an extremely well-respected television director is reportedly in talks to direct Wonder Woman in 2017. MacLaren has recently been directing shows like The Walking Dead and Game of Thrones, where she directed two Brienne of Tarth (who I think we can all agree is the Wonder Woman of GoT) heavy episodes, “The Bear and the Maiden Fair” and “Oathkeeper.”

Although these are limited miniseries, they could mean that these heroes will soon be reintroduced into the fold and become regular parts of the DC Universe once again. It’s always good when comics are including more women, more people of color and more people with disabilities. Fingers crossed, this miniseries means that DC is finally stepping up and fixing what’s been one of their biggest problems since the relaunch.