Second-wave feminists, for the most part, did not like queer ladies. I don’t think it’s necessary to give you the full rehash of the story, but suffice it to say that Betty Friedan wasn’t alone when she declared us “lavender menaces,” invoking to the members of the National Organization for Women her fear that queer women would forever taint the feminist movement if they were visibly a part of it. It took her years to admit her fault and come out in full support of what was broadly known, at the time, as lesbian rights. But by the time Friedan and her crew of straight women had caught up to the times, queer women had already f*cked up their movement — and built one all their own.

The following queermos went boldly forth during the second wave as their most honest and real selves, and thus disrupted the feminist movement’s homophobia and set the stage for the LGBT activism that has rocked our world. If you think I missed a badass human, let me know in the comments! 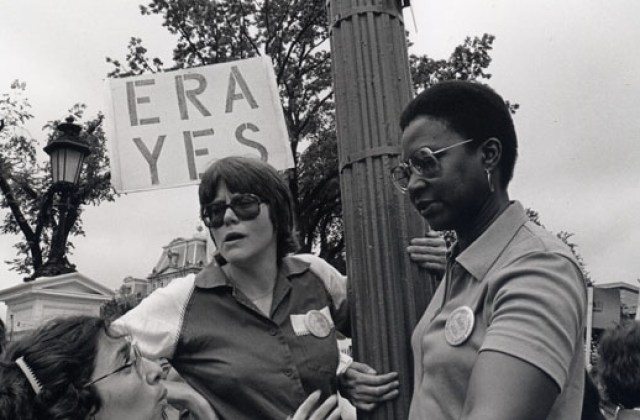 Formerly Betty Powell, Achebe got her start in the civil rights movement in 1962. She was engaged in activism through her career as a high school teacher and college professor, and both brought students to protests and found herself involved in them as she went about campus life. She organized throughout the second wave for feminist, LGBT, and racial justice from an intersectional perspective, with her mantra being that she cannot talk about one fight without talking about how it links into another. She was also a founding member of the Salsa Soul Sisters collective, now the oldest Black lesbian organization in the United States. The group formed in 1971 as its members split from the Gay Liberation Front. 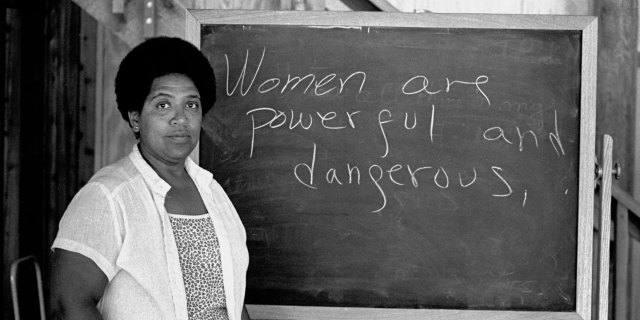 A Carribbean-American lesbian writer and activist, Audre Lorde came out swinging against Betty Friedan’s feminism from the start. She was outspoken about The Feminine Mystique‘s white, middle-class focus, and instead explored her “theory of difference” in her work — the idea that it was too simple to lump all men and all women together as if all that separated them was their sex. That turned out to be a launching point for the rest of her career, in which she often pointedly called out racism in the feminist movement. 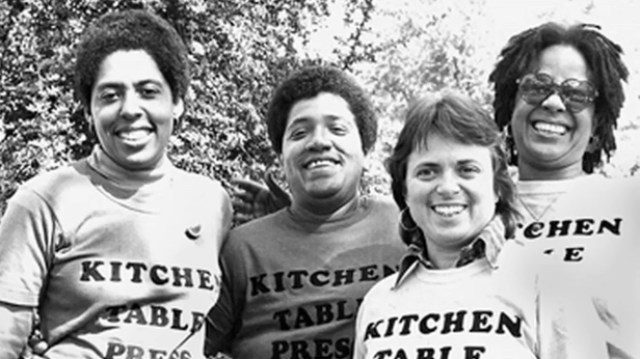 Barbars Smith, all the way at the left, surrounded by bad bitches.

Barbara Smith has been movement-building for over forty years as a champion for antiracism, women’s empowerment, and queer liberation. During the second wave, she was a founding member of the Combahee River Collective — which wrote one of the most important documents in the history of feminism and introduced the concept of interconnected oppression — and also went on to found Kitchen Table Press, the first women’s press to focus specifically on the voices and stories of women of color. 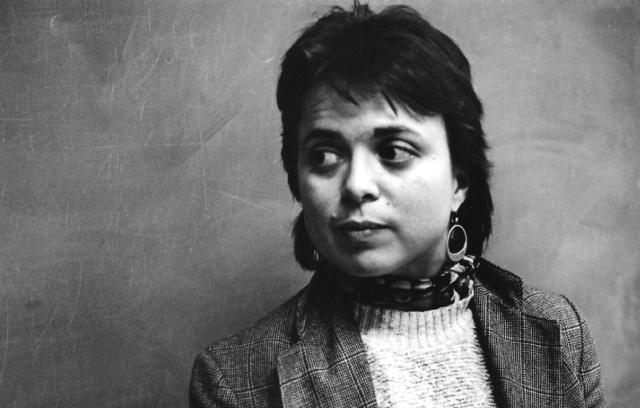 A self-described Xicana dyke, Cherry Moraga lived and wrote openly as a lesbian chicana in the second wave. She often reflected on how her own marginalization as a queer person echoed her mother’s experiences as a poor woman, which led her to recognize the interconnectedness of those identities. Moraga would come out of the second wave an activist and warrior, and ultimately co-edited This Bridge Called My Back and helped found Kitchen Table Press with Barbara Smith. Her 1983 book Loving in the War Years: Lo que nunca paso por sus labios was the first published volume by an openly lesbian chicana. 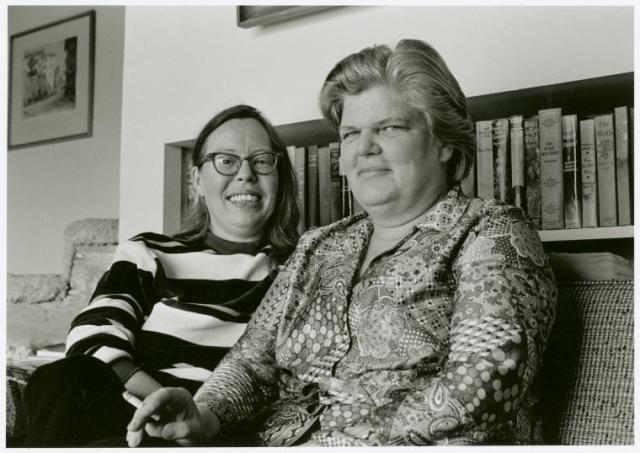 Del Martin and Phyllis Lyon are the feminist power couple of your queer dreams. They met in 1950, became lovers in 1953, and moved in together in San Francisco in 1953, as lesbians are won’t to do. Three years later, they directly confronted the lesbophobic climate of the times when they founded the Daughters of Bilitis, the first social and political organization of its kind in the nation. They ran shit together throughout the rest of the second wave, acting as alternating editors of newsletter The Ladder and forming the Council on Religion and the Homosexual to push for the decriminalization of homosexuality in the 60’s and 70’s. They were the first lesbian couple to join the National Organization for Women. 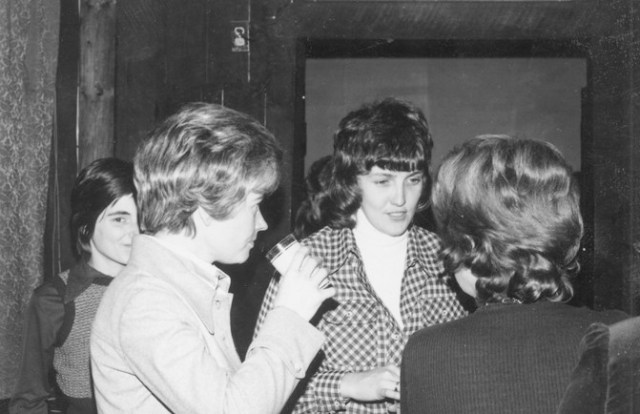 Elaine Noble ran fearlessly for a spot in the House of Representatives in 1974, winning despite a series of ugly events including shootings, harassment, and destruction of property on the campaign trail. She was the first openly LGBT candidate elected to a state-level office in American history and the third openly LGBT person elected ever overall. Despite the backlash, she never shied from her sexuality. She was an advocate even while she served, working to raise awareness about LGBT issues in the political arena and founding an LGBT alcohol and drug treatment center in Minneapolis later in life called the Pride Institute. 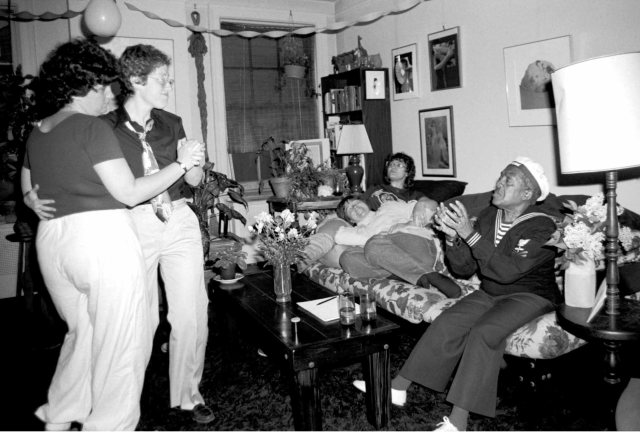 Dancing on the left is Joan and Deb (in the tie).

Joan Nestle, a femme who has activist roots in the Civil Rights movement, became involved in gay liberation efforts after the Stonewall Riots. She went on during the 70’s to join the Lesbian Liberation Committee and form the Gay Academic Union, and later on would win a Lambda Literary Award for her writing. In the years between, however, she and her partner Deb Edel opened their home and hearts in order to found the Lesbian Herstory Archives, which took years to get off the ground and out of their apartment. Their grassroots approach, however, was meant to help the project retain its connection to the communities it served — and considering how badass it is to this day, they seem to have done alright. 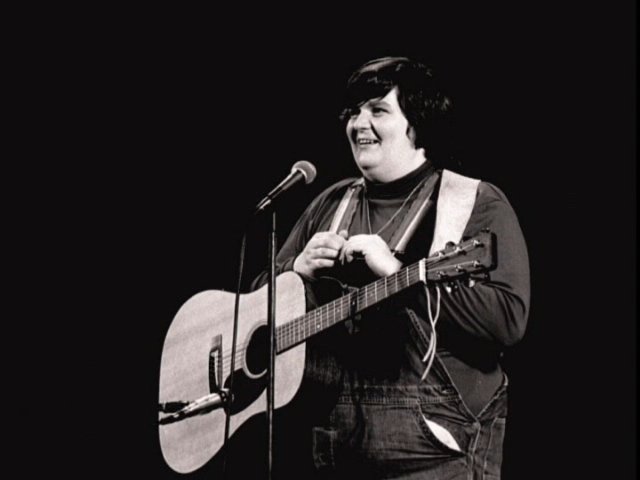 Maxine Feldman, who described themselves as a “big loud Jewish butch lesbian” during their coming up as a musician in the second wave, wrote and recorded the song “Angry Atthis” in 1969, now known as the first openly lesbian song of the “women’s music” movement in the second wave.

Feldman then found audiences across the nation, sparking discussion by performing the folk song on college campuses during times of heightened political activism, and performed at the first-ever Michigan Womyn’s Festival. Later in life, Feldman came out as trans, and used he/him pronouns. 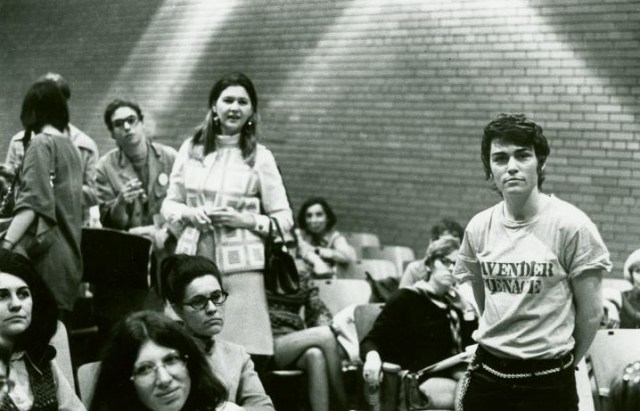 Rita Mae Brown is the ultimate queer feminist badass. You may know her for writing Rubyfruit Jungle, which in and of itself was an act of defiance against cultural norms that sought, at the time, to erase lesbian experiences. But her activism goes even further. Brown was an employee of the National Organization for Women when Betty Friedan made her infamous anti-gay “lavender menace” remarks, after which Brown was forced to leave. She went on to take up the mantle of indeed menacing the nation and demanding rights — first, as a leader in the “Lavender Menace Zap” of the Second Congress to Unite Women in 1970, then as a founding member of the Radicalesbians and the Furies Collective, an all-woman separatist colony that published a lesbian feminist newspaper pinpointing all oppression on heterosexuality.

I don’t believe in straight or gay. I really don’t. I think we’re all degrees of bisexual. There may be a few people on the extreme if it’s a bell curve who really truly are gay or really truly are straight. Because nobody had ever said these things and used their real name, I suddenly became [in the late 1970s] the only lesbian in America.