Sans Merci, written by Johnna Adams, is the kind of play that punches you in the gut right at the very beginning and then doesn’t let up for the entire hour and a half (with no intermission). It’s powerful and moving and tragic and thought-provoking, but perhaps what I liked most was that amidst all of this, while my heart broke and tears streamed down my face, I felt as though the play was also forcing me to see beauty. Essentially, this play kicks the living crap out of you while asking you to acknowledge the softest, sweetest, most vulnerable human parts of this world, and then it kicks you some more. I felt worn out when the lights came up. 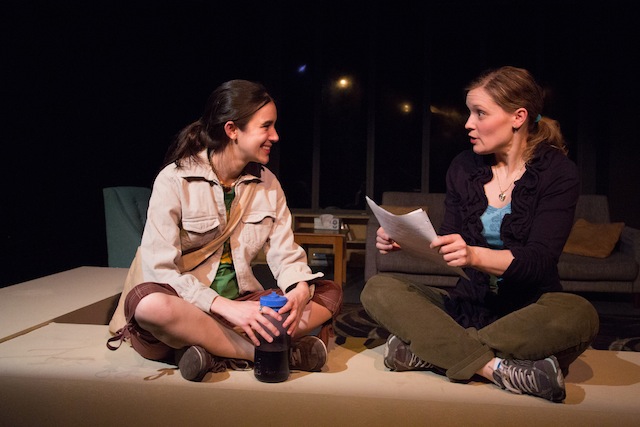 Let’s begin with a synopsis, because if I try to explain the plot I’ll just ramble for several hundred words and then possibly start crying, which is sort of what happened when I met up with some friends after the show and they asked, “So what was the play about?” Here’s a short, not-tear-stained answer to that question.

When Tracy (Alisha Spielmann), a shy literature major, falls in love with Kelly (Rachael Hip-Flores), a political activist, their shared idealism takes them on a humanitarian mission to South America. Years later, Tracy’s mother Elizabeth (Susan Ferrara) visits Kelly with hard questions about her daughter, their relationship, and the truth of what happened on the final day of their mission.

If you plan to see the show and want to go in without knowing a single spoiler and with a 100% clear mind, you should stop reading right now. You should just see the play ASAP. But if you don’t mind knowing a few details and want to hear how those specific things completely broke my heart open and left it leaking blood and guts and sorrow and love all over the floor of the tiny theater, read on! But don’t say I didn’t warn you. 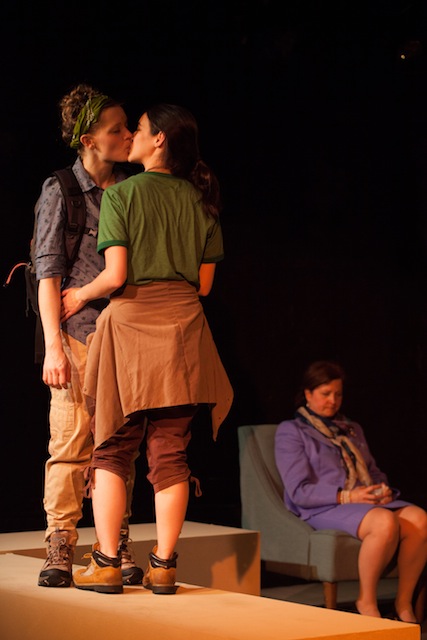 So this is the major spoiler, which you may have inferred from the synopsis: Tracy is dead. She was raped and killed in South America; Kelly was raped but survived. The play opens three years later, on a rainy day in LA, with Elizabeth, Tracy’s mom, paying Kelly a surprise visit. The two have never met, and it becomes apparent very quickly that the only thing they have in common is a deep love for Tracy, and an even deeper sadness that she is gone.

I think the play’s genius lies in all of its contradictions. It’s easy to instantly dislike Elizabeth – she’s a conservative Republican convinced her daughter was “going through a phase” – and it’s equally easy to try and place blame quickly — the play uses flashbacks to show us how Kelly and Tracy met and fell in love, and it’s obvious that Tracy would never have gone to South America were it not for Kelly. In a particularly heartbreaking moment, Elizabeth bluntly tells Kelly she blames her for Tracy’s death, and while the words obviously wound Kelly, she admits she blames herself, too. With this admission, the audience watches Elizabeth soften, and suddenly it’s hard to hate or blame either woman on stage. 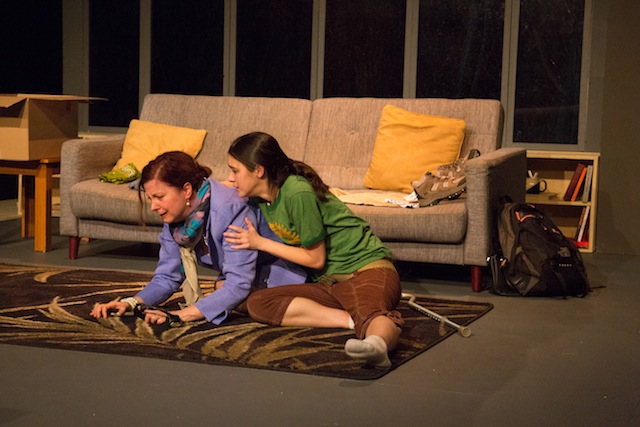 While the plot and writing of the play is incredible, I would be remiss not to praise the performances of the actors in this production, because they carried the words and made the play feel like reality.

Rachael Hip-Flores (who you may recognize from Anyone But Me) steals the show with her portrayal of Kelly – she reminded me of the girls I fell in love with in college, the girls who made me realize I was gay, the girls who helped me find my anger and my voice and my passion. She’s fiery and brilliant and almost narrow-minded in her never-ending belief in social justice; she’d be a caricature of a type if that type wasn’t so specific. Do you know who I mean? If you took a gender studies course in college I feel certain you do. Spielmann is brilliant as Tracy, and carries the sweetest moments of the show, including the hilarious events that led to the girls meeting in college and Tracy’s reaction when Kelly kisses her for the first time, which makes her final monologue – a diatribe against the soldiers who raped her and who eventually kill her – all the more jarring and effective. And finally there’s Ferrara, who plays Elizabeth’s character with such depth, oscillating between immense sorrow and hilarious mom-isms, that by the end of the show I loved her, too.

When the lights of the theater came up at the end of the performance, I clapped along with everyone else but my brain couldn’t really focus on the task of pressing my palms together. Now, a full 72 hours later, I’m still struggling with the story, still thinking about it. I saw the show with a friend and she texted me yesterday to say: “I still feel sad about the play when I think about it,” and I thought yes, yes exactly, yes me too. I don’t feel sad, exactly… I think I just feel. I can’t stop thinking about the story, the characters, the messy humanness of it all. It doesn’t matter that it’s just a story – now it exists in my brain. It’s real. And that’s the mark of good theater. 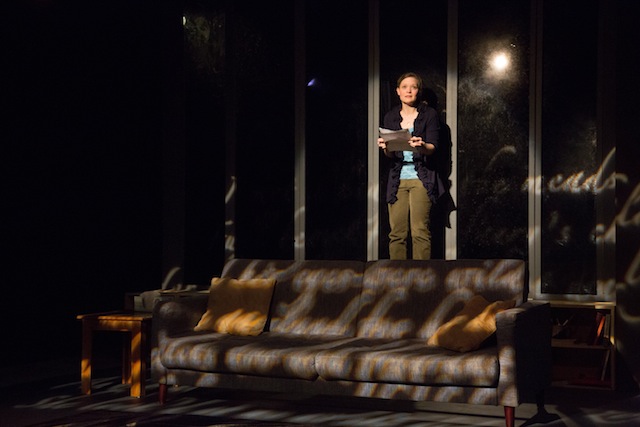 Sans Merci, written by Johnna Adams, directed by Heather Cohn, and presented by Flux Theatre Ensemble is playing through May 17 at the 4th Street Theatre in Manhattan. The theater is located at 83 East 4th Street, between 2nd Avenue and Bowery. You can purchase tickets online for $18.