In case you weren’t convinced that the entire pop culture world exists in a constant state of waiting for the latest new Autostraddle idea with bated breath: LeVar Burton’s new Reading Rainbow Flash Mob. I know, really shameless shoutout to Autostraddle’s Summer Book Club. It’s cool though, we’re totally into it, and book imitation is the sincerest form of book flattery/book love. Obviously all of us are already signed up forever and ever, and whenever more information becomes available, we are going to flash the shit out of that mob. What about you? 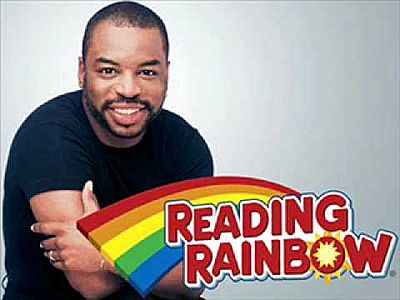