Mere weeks ago, in the sweet luscious valleys of Ojai, a group of queer people assembled in an outdoor gazebo where a lackluster “Rosé All Day” banner waved with limited spirit in intense winds. It was the Boxed Rosé & Cheese Plate workshop at A-Camp, hosted by me and my dear friend Laneia. The last time I did this workshop, the theme was Boxed Wine & Artisan Cheese. The time before that, it was Boxed Wine & Wisconsin Cheese Curds. The time before that, it was Boxed Wine & String Cheese. This time, I chose Rosé because it was very trendy in 2017 and I am 36 and therefore permitted to be at least a year late on trends, and Cheese Plates because I mean have you seen Laneia’s cheese plates. 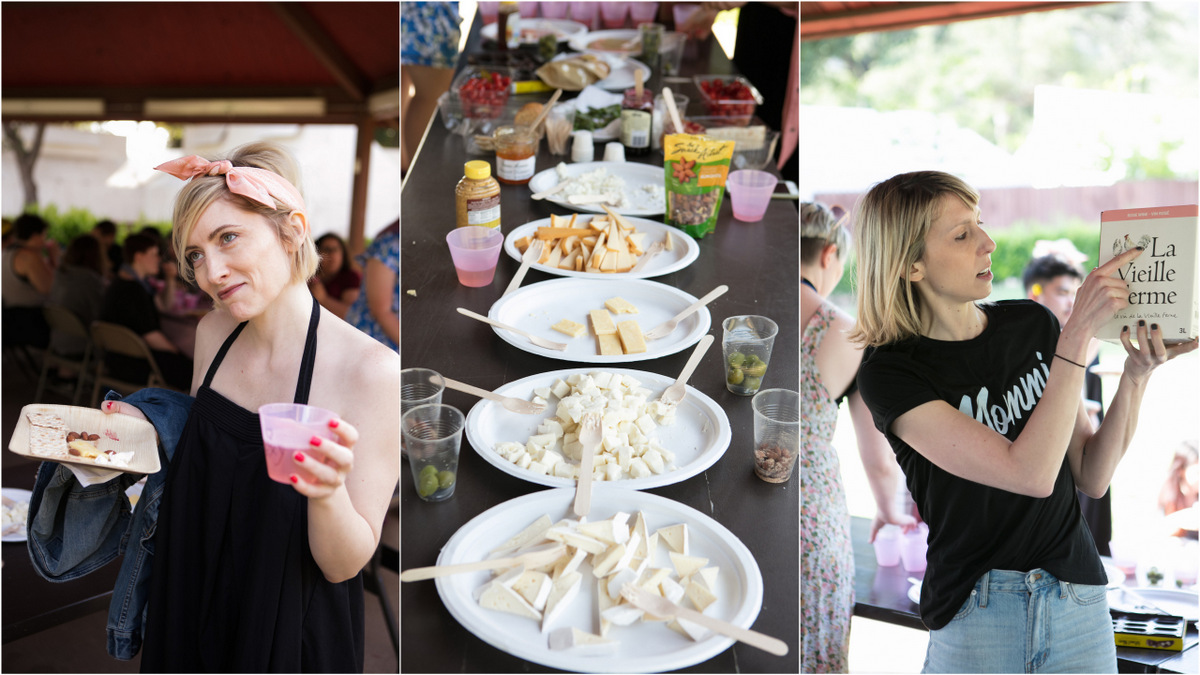 Laneia will be sharing the results of this extraordinary cheese plate making experience in a different post today. I am here to talk to you about Rosé.

But first, the form upon which our judgements were made: 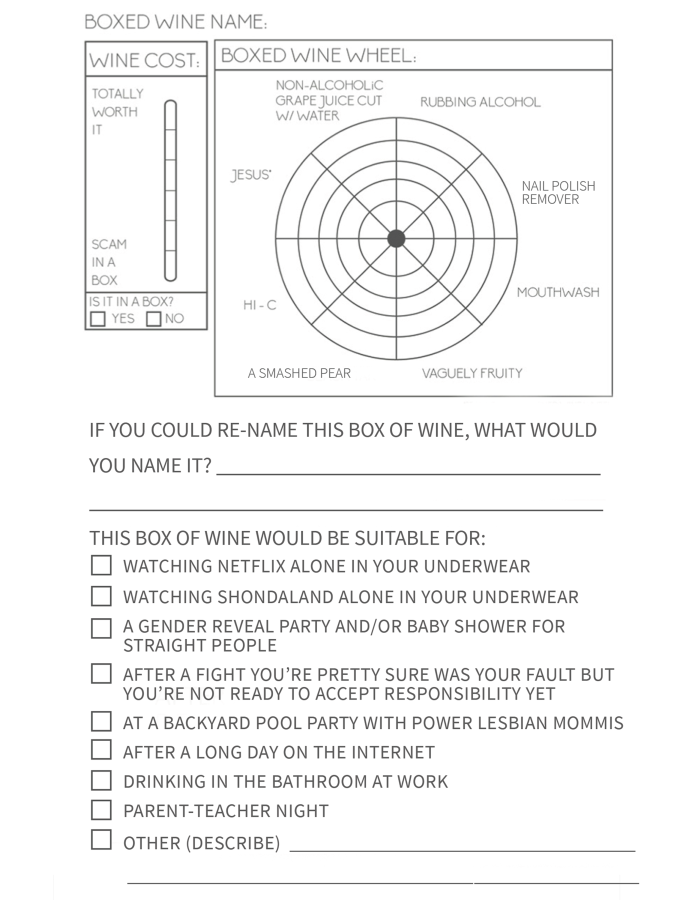 the form filled out

If the drinker did not give me their name or a pseudonym on their wine card, I have decided to call them Lorna, after everybody’s favorite cookie, Lorna Doones. 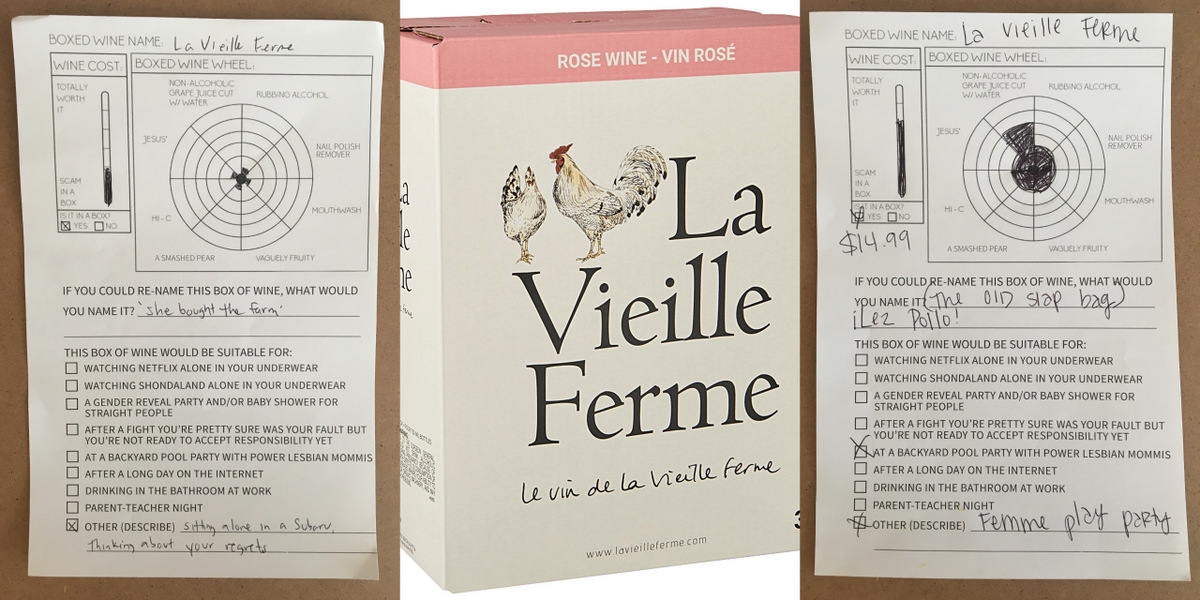 It seems this particular wine, despite its charming animal imagery and the alleged stereotype that lesbians love animals, wasn’t sweet enough for our esteemed alcohol consumers.

However, La Vieille Ferme ranked very high on the Mommi and Land Dyke scale. Suggested names for this wine included “Mom’s Day Off,” “Farm-to-Table Roses,” “She Bought the Farm” and “French Farm.” (#sheboughtthefarm, sidenote, would be an excellent hashtag for a wedding between a Mommi and a Land Dyke.)

Perhaps this wine is best described as a journey to another land. If I may — imagine a Mommi in a Subaru, dropping her angsty teenage daughter off at a field hockey party, then driving home along sun-dappled, neatly paved roads, thinking of a more innocent time. Specifically, she is remembering her time at St. Catherine’s, the resplendent Catholic Boarding School she attended as a girl. It had a distinctly Victorian aesthetic and also chickens, pan flutes, and an aura of dark nostalgia. It is this mood that likely caused Sally to consider re-naming it “Sister Mary Francis” and deem it suitable for “detention time in a 19th century Parisian nunnery,” yes?

Finally, I’d like to give a shout-out to a tippler who called themselves “Bucky Barna” and said the best occasion for this wine would be “when you don’t give a fuckkkkkk but you like pink.” “Not giving a fuck but I like pink” is a very common feeling, thank you Bucky for your service! 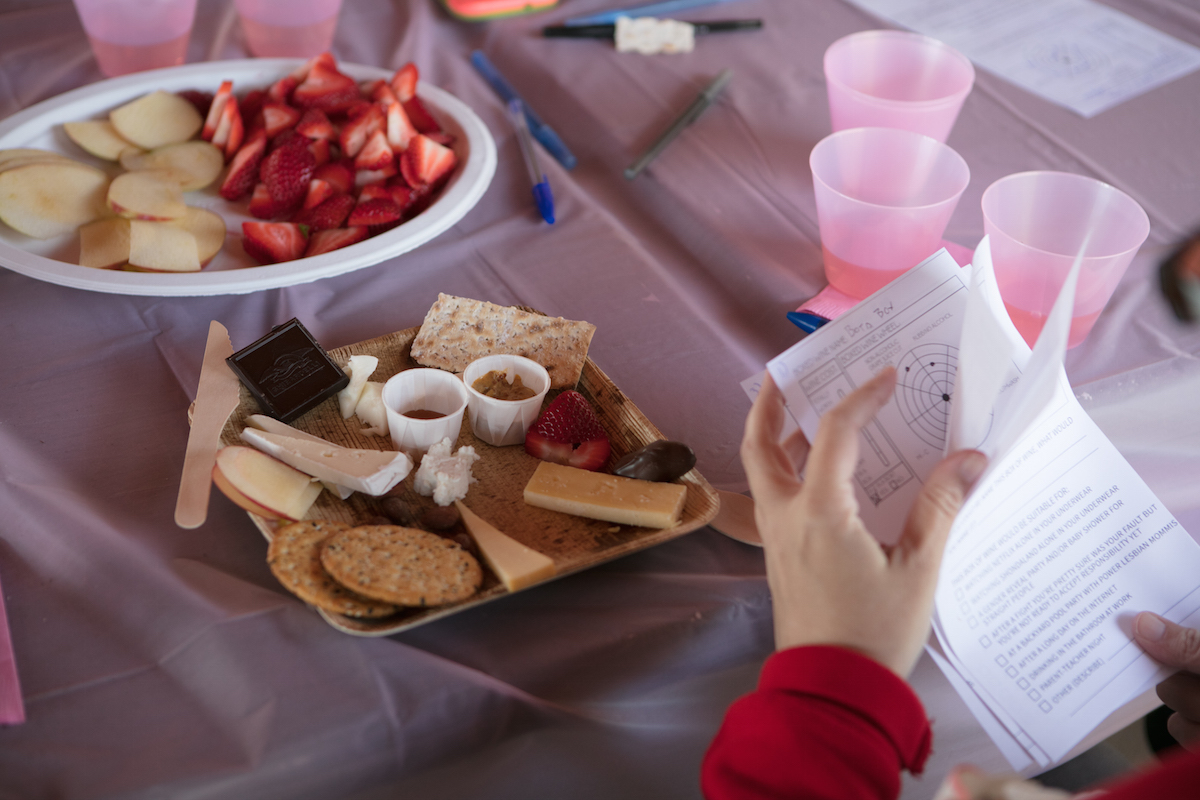 SUITABLE FOR: Watching Netflix Alone In Your Underwear, After a Long Day on The Internet 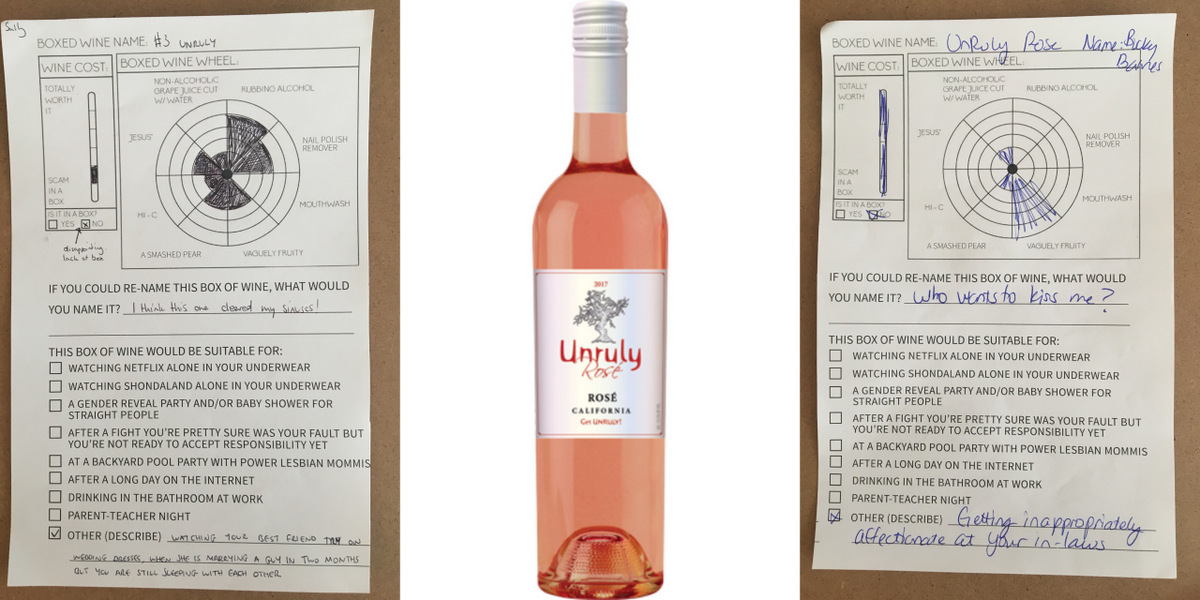 Unruly scored high on the “not in a box” scale because Unruly was not, I admit, in a box. Here’s why: BevMo only carried three brands of boxed rosés, which was not sufficient for my workshop, and in a moment of panic, I decided the fourth would have to be a bottled rosé. I eventually found a fifth wine at Trader Joe’s, bless us all.

However, despite its classier packaging, Unruly’s notes and legs were all over the map. Drinkers seemed satisfied with its present name, but also suggested we re-name it:

This wine, loyal to its name, emboldened drinkers to conceive of their own personal capacity for unruliness: Bucky found it appropriate for “getting inappropriately affectionate at your in-laws,” Wren wanted to “crash a sorority formal,” Lorna imagined “shoplifting at Barnes & Noble” and Sally envisioned “watching your best friend try on wedding dresses, when she is marrying a guy in two months and but you are still sleeping with each other.” Cheers! 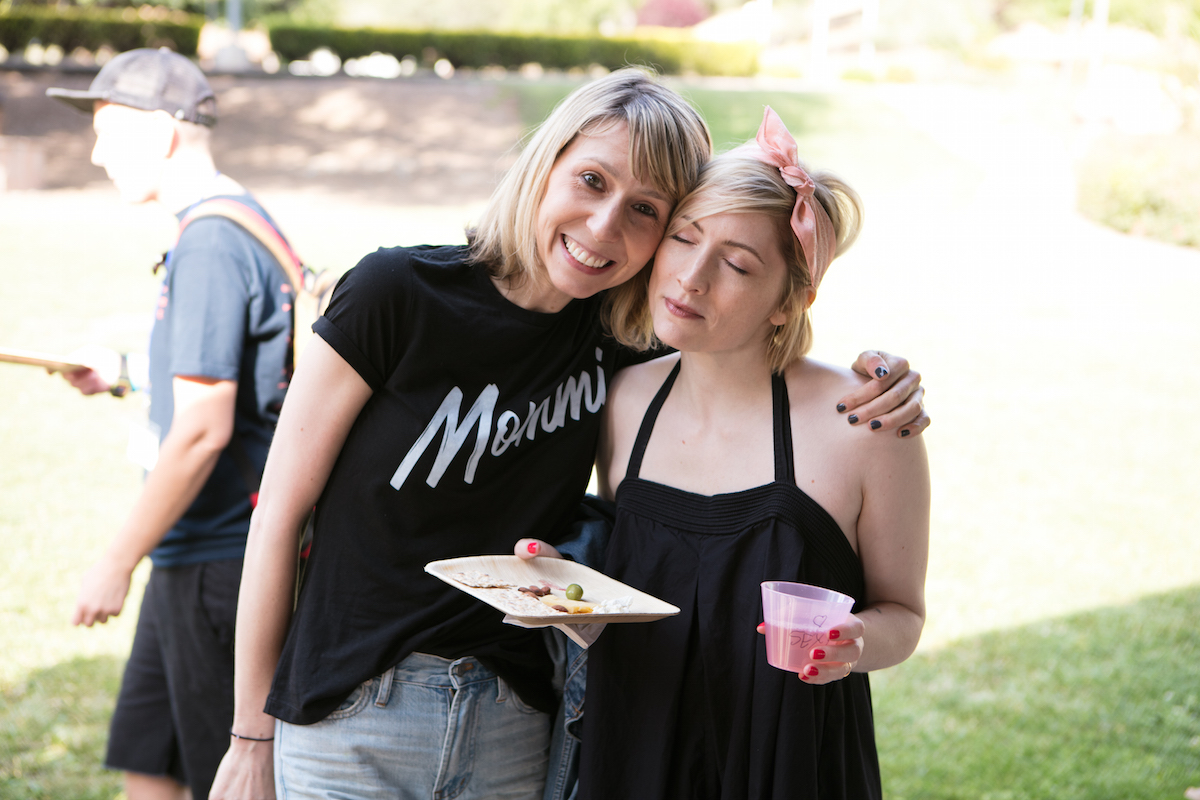 SUITABLE FOR: After a Fight You’re Pretty Sure Was Your Fault But You’re Not Ready To Accept Responsibility Yet, After A Long Day on the Internet 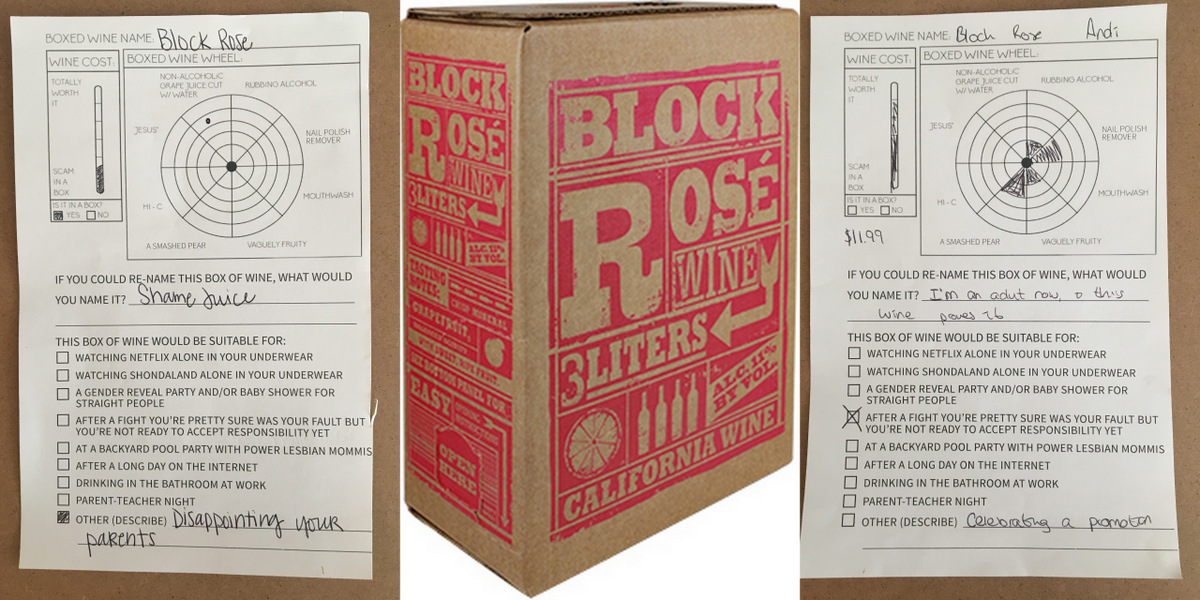 Rosé is typically associated with whimsy, ironic joy, and frivolous social occassions. What we learned from sipping upon tiny plastic cups of Block Rosé (aka The Trader Joe’s Brand) is that even pink wine has a dark side — and an ability to comfort its consumers as they journey through dimly-lit periods of abject despair.

Situations you wanted a box of Block Rosé for include:

Eva said this wine was “what I needed when I broke up with my ex-girlfriend.” Ashe, clearly unimpressed but open to looking at the bright side of life, noted “this wine is p meh, but is still has alcohol…” If that isn’t the spirit of wine-in-a-box then I don’t know what is! 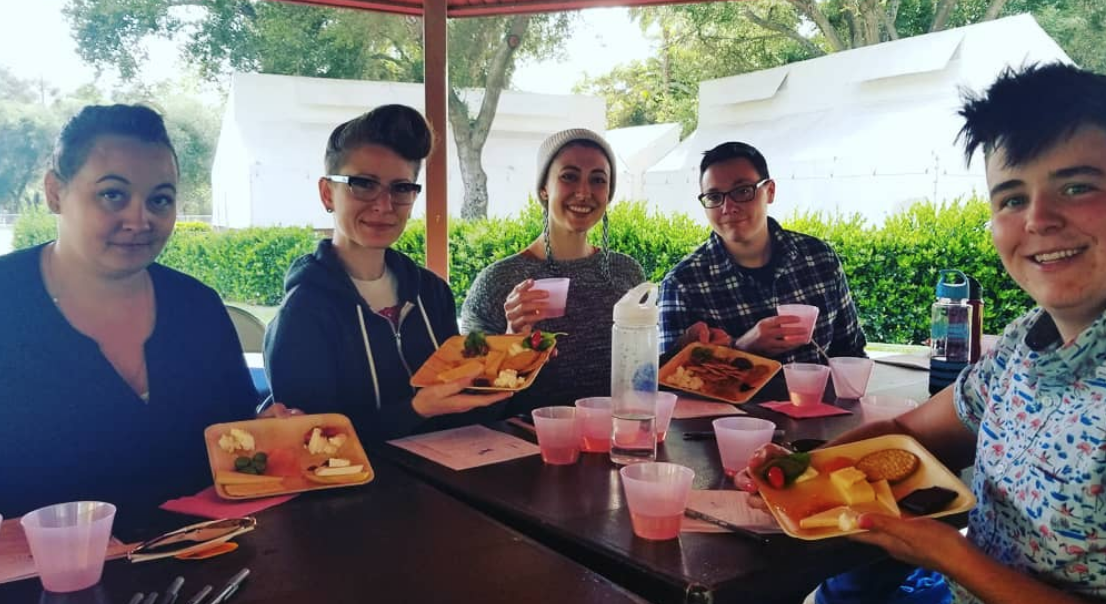 SUITABLE FOR: A Gender Reveal party and/or Baby Shower For Straight People, Watching Shondaland Alone In Your Underwear 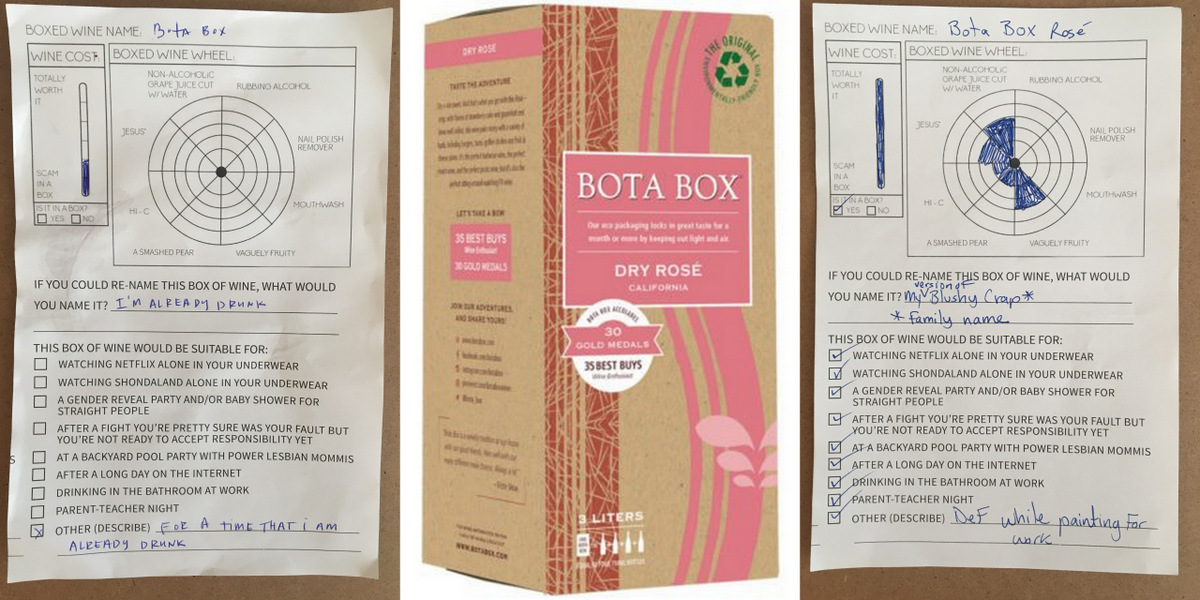 This wine was polarizing. On the one hand: Eva called it “Pink Antifreeze Lite,” Lorna called it “Diet Lemonade Powder + Acid” and Jennifer compared drinking it to “gut rot.” On the other fist, we have drinkers re-naming it “Bubble Gum Sparkles,” “Strawberry Dreams” and “Rosé Canseco” and we also have Dwyn, who gave it a “5” and wanted to drink it at “a bridal shower for straight people hosted by the Bride’s semi-Christian mom with a Can I Speak To The manager Haircut.” Andi said it reminded them of “something you drink your first weekend in college.” You know, the first time I drank an entire bottle of Rosé by myself was my first year at the University of Michigan, talking to my ex-boyfriend on AIM while waiting for my friends to get ready to go out. It was Sutter Home, FTR. Drinking a bottle of wine by yourself: I don’t necessarily recommend it, but it’s good to have these experiences because you learn from them. 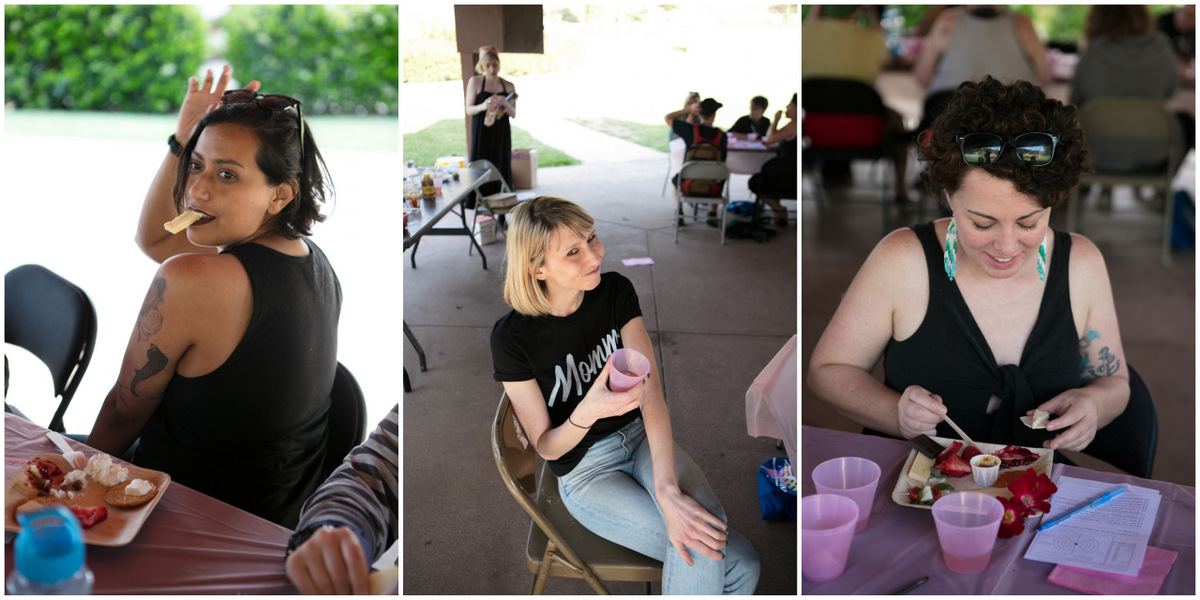 SUITABLE FOR: Scored high for nearly every occasion, Franzia is the swiss army knife of wine! 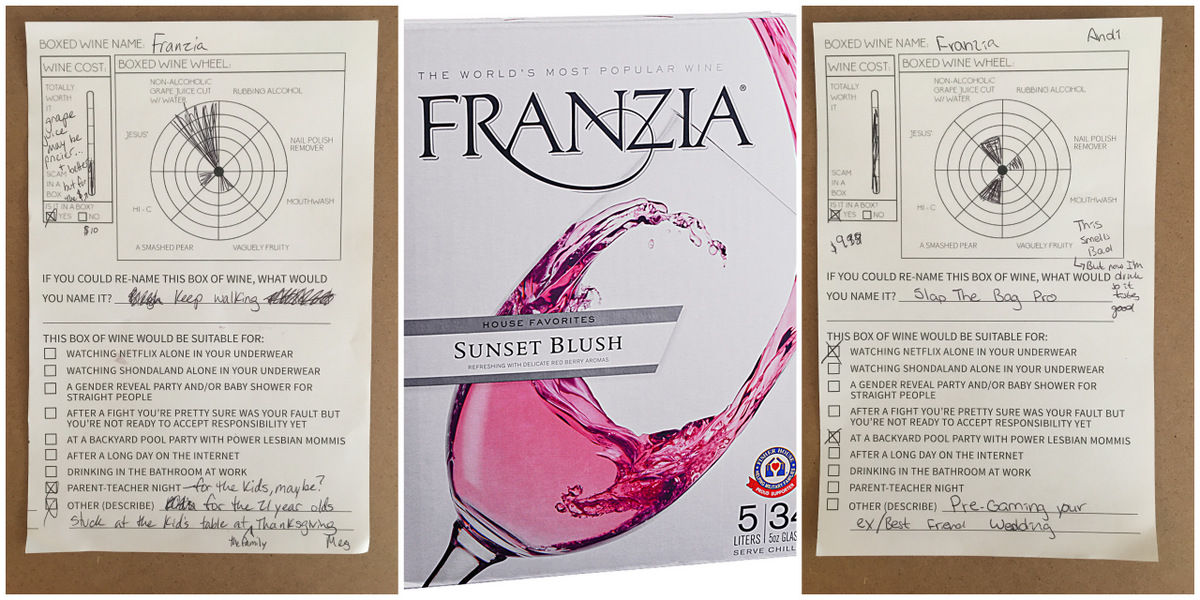 Once again, we learned that when it comes to wine-in-a-box, there’s really no reason to aim any higher than Franzia, wine of the everywoman, the wine that I drank before losing my precious virginity, the wine that may or may not contain grapes. Last year, Franzia White Zinfandel took the top spot.

Yes, nearly every drinker likened it to “non-alcoholic grape juice cut with water” but here’s the twist: it IS alcoholic!

Two tasters wanted Sunset Blush for the very specific situation of attending prom with your gay boyfriend. Having personally attended prom with my gay boyfriend, I have to say I agree, because it turns out all of our friends were on acid and it was very confusing for us.

Other themes included drinking with your Mom, mixing it with Starbucks Refreshers for a mid-afternoon cocktail like Torre’s Mom does (she explained this to the class, it was a once-in-a-lifetime lesson), getting divorced, being in college, attending unsatisfactory weddings and “after the neighbor says they can see through your blinds.” Re-naming ideas included:

Rebecca, who gave the wine a 4.0/5.0, really summed up our collective emotions by declaring Franzia “perfect for all occasions.” Do note that she found La Vielle Ferme appropriate for “drinking yourself to sleep,” so this is evident of somebody who is NOT going easy on their wines. This is a modern person with a refined palate. 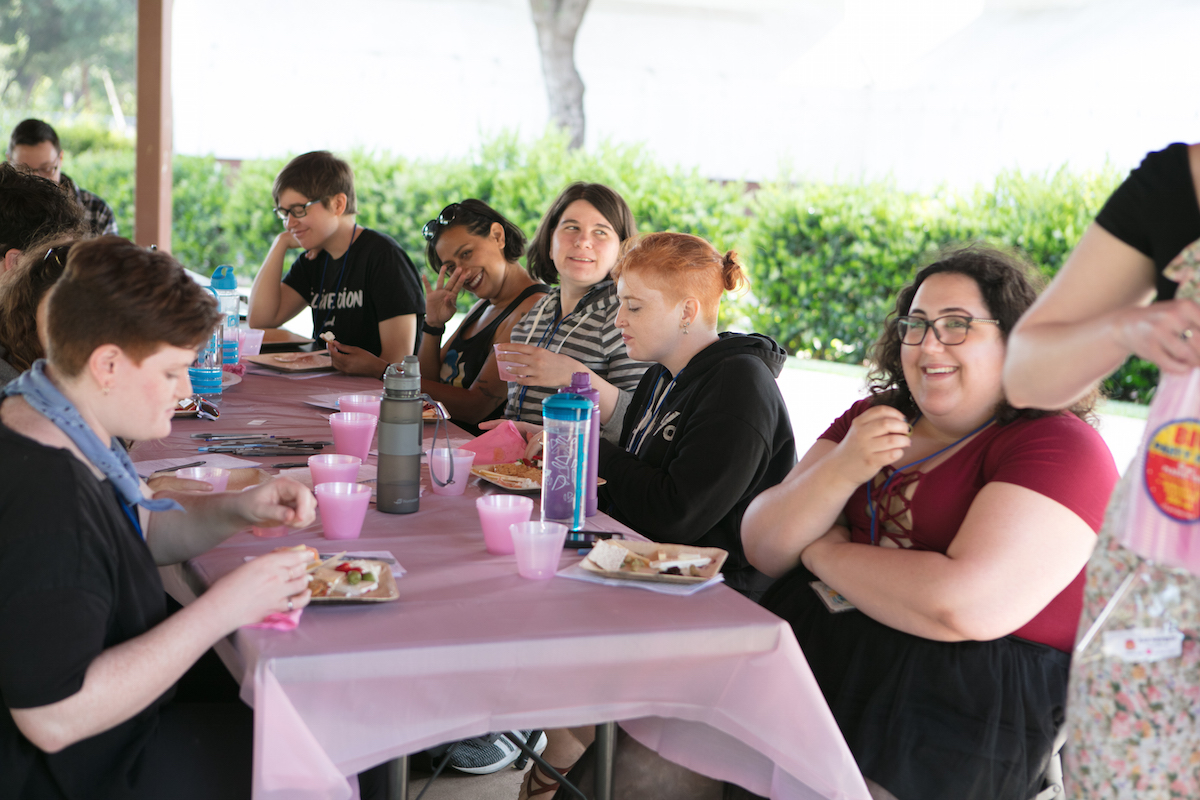 In conclusion, thank you to all participants in this workshop as well as all of the workshop’s cocktail waitresses and groupies. I hope this post will help so many of you in your journey to eventually just buying Franzia!