People Who Disappear by Alex Leslie is a collection of short stories published by Calgary’s Freehand Books. Leslie’s stories speak to my top interests in life: gay women, the environment, and Canada. 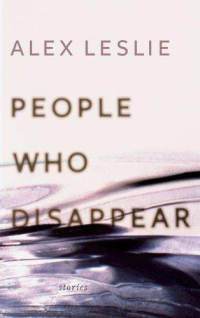 In “The Coast is a Road,” a woman follows her environmental-journalist girlfriend on road trips to remote small towns along British Columbia’s coast. They sleep in their car along the side of the road during winter storms and in motels they deem safe enough:

We drive through the scrappy north island towns – Chevron, Overwaitea, one government-issue high gloss totem pole for every RCMP station. The Cold Beer and Wine Store attached to the Family Restaurant attached to the eighteen-wheeler’s motel of choice. We don’t need to tell each other that the motels where men sit outside their rented room doors in dirty work pants eating burgers our of paper bags, bottles of liquor tipsy on the pockmarked concrete beside their boots, would not be safe for us.

The inner workings of the women’s relationship are as mysterious as the narrator’s job (we only learn that she “works from home”) and her girlfriend’s environmental news stories. The main character of the story is the journey itself — full of road, ocean and good old-fashioned extreme Canadian weather.

In “Spill,” the vulnerability of the British Columbian coast is put into focus. As woman pays visits to her older friend who’s dying, crews try to contain a disastrous oil spill. As with all oil spills in Western Canada, the extent of the crisis in “Spill” is downplayed by the media. Still, the woman and her dying friend can’t be fooled; the friend laughs at the way the media frames the clean-up effort: “Oil cleanup[…]like putting toothpaste back in the tube. That’s what they said about saying evil words when I was little.” It’s understood that as her life ends, something special about the B.C. coast too is disappearing — drowning in oil. 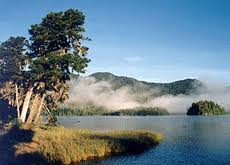 “Ghost Stories” follows an adventurous tomboy and her uncle as they trek through the coastal rainforest looking for ghost towns, remnants of an old mining past. She asks a lot of questions, but doesn’t get all the answers from her uncle who affectionately tells her “there’s tonsa stuff I can’t say around you that I could say around a boy.” What he can tell her though is that one day soon, like the people in the old mining towns, the forest will disappear.

This whole island will be a bare rock in the ocean of Vancouver. The ferries will charge tourists to come here and climb up its dry sides, read plaques bolted to the rocks about living things that used to be here, look at satellite photos of rainforest canopies, black skies stencilled with life, the faces of the countries of men that immigrated to slice them down… 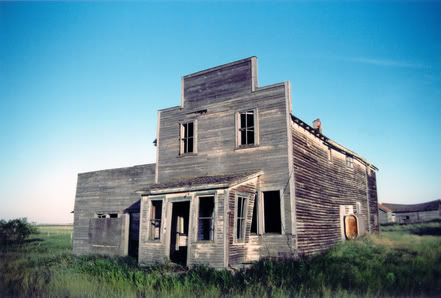 The theme of disappearance continues in the urban-set “Face.” As a Vancouver neighbourhood is demolished to make way for newer houses, a group of children find Aboriginal artifacts in the construction site: a skull they aptly name “face,” a piece of copper and a stone carving of a whale. You can’t help but note the similarity of the children’s community and the Aboriginal one — both were destroyed to make way for “progress.” But unlike the Aboriginal community, the modern neighbourhood’s population moves willingly, often to fancier houses in the suburbs. As one child puts it, “The truth is people like us killed all of them and that’s just the way history works. Okay?”

Another urban story, “Swimmers,” is about the often-overlooked magical bond between a gay guy and a gay girl. It’s also about what it’s like to be a 20-something queer with friends you only see at night, while drunk. The story dances through Vancouver’s night clubs and beaches at a dizzying pace as the characters swim in alcohol and poetic prose, but the spell is broken when the girl sees her fabulous gay dance/drinking partner by daylight, working in a bookstore: just another ordinary nerd-queer, naked without strobe lights.

In contrast to “Swimmers,” there’s “The Bodies of Others,” a story about a pre-teen who can’t yet hide in the chaos of parties and alcohol. She’s so earnest and honest that she’s practically see-through; even her classmates are able to see that there’s something different about her. “Bodies of Others” explores the emotional intensity of what it’s like to be queer before you even know queerness exists.

Alex Leslie is telling stories that need to be told — stories that don’t get told enough about what it’s like to be young, queer and Canadian. Her debut is also a love letter to Western Canada, its small towns, eccentric characters and breathtaking wilderness all at risk of being radically transformed, or even destroyed.