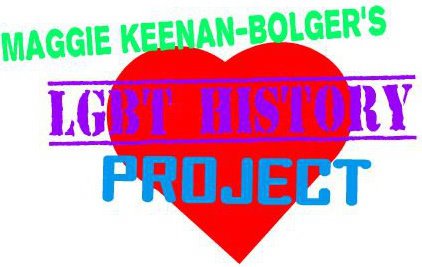 Maggie Keenan-Bolger is a powerhouse actor and artist, and she’s taking over history! With a BA from Oberlin in both theatre and gender studies and numerous performance credits, it’s no wonder that she’s putting together a project that fuses the two. She’s interviewing a ton of LGBT people about both their histories and their concepts of what queer history is and, in partnership with homeless LGBT youth from Green Chimneys, she’s writing a play with all that material. I saw her YouTube video call for submissions and immediately knew I had to Skype her to get these gay deets. 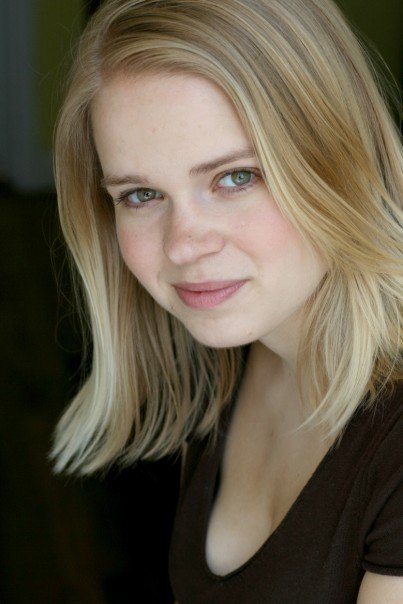 Maggie’s Queering History project is a chance for LGBT people to tell their own history and to decide how they (or we, as it were) want to be represented in history. “This is our chance to take the reigns and figure out  how we want to be represented, what we want to have represented.” And the way that Keenan-Bolger’s project let’s us do that is through telling our own story.  Whether you’ve lived through Stonewall or you’re just working on living through eleventh grade, Maggie insists that “history is also still in the making, and that we are part of it right now.”

Keenan-Bolger said that she came up with the plan after getting a scholarship from the Point Foundation and the Pallet Fund to work with an LGBT non-profit. “I was thinking about work that I could do with LGBT youth and particularly LGBT homeless youth who’ve been kicked out of their homes because of their sexual orientation, and who’ve not had for the most part a good experience with adults and people who are around them supporting who they are. I wanted to figure out some way to make sort of the intergenerational gap come together, so they could meet people who are older people who are gay and who are of all ages, and so older other people could see these awesome young people who right now are in dire need of resources and funding.”

So Keenan-Bolger settled on Green Chimneys and hosted intergenerational workshops to talk about history and to fulfill her mission of closing that generation gap.  Representations of queers in history, the kinds of history everyone learned in high school, is basically non-existent.  “There’s a lot of information about bullying and violence against LGBT youth, but I think that one of the ways we could help combat that is to have LGBT history as a part of our curriculum. We need to have those things normalized in the way we get to learn about African American history and Women’s history — for the most part — and we get to learn about lots of dead white guys. To be able to say that Walt Whitman and Tennessee Williams were gay, and have that be part of the general discourse, is really important in terms of people — especially young people — being able to make connections to gay people from history and their own positions in history right now.”

When asked about Green Chimneys, Keenan-Bolger pointed us to their website, which states that this organization provides a safe space for LGBT youth in foster care or who have been ejected from their homes due to their sexual orientation, and helps provide a stable education free from problematizing their identities. She reminds me that “40% of homeless youth identify as LGBT. As a community, we’ve been so good about rallying around things like gay marriage, and fighting for our rights, and it’s so important to turn some focus to the young people who don’t have the same sort of political pull that LGBT adults have.”

Keenan-Bolger didn’t just invite these kids to participate in the pre-planning phase of the project; they’ve collaborated every step of the way.  From selecting the stories, to structuring the material, to performing and even costume design.  They’re going to be performing a staged reading of the piece on August 19th, at the Producers’ Club in Manhattan, at 8:00 pm. I wondered what kind of stories she got, and how she got them — were the intergenerational workshops between homeless LGBT youth and queer adults the only source? Maggie grinned and said no, of course not.

Keenan-Bolger put out a survey a month ago and received over 260 responses from around the world. “We had folks from China who have submitted responses, and folks who grew up in Germany, and rural Africa. It’s been an amazing response to these ideas about history. It was a 10-question survey, and people were able to answer it in whatever way they saw fit. I’ve really been excited to gather a diversity of stories, and experiences, and opinions about what LGBT history should look like.”  She also told Autostraddle that she’s done extensive interviews with people, some in person and some using video. She’s including allies in the piece as well.

Though the staged reading is fast approaching, there are tickets available if you live in the New York area and Maggie Keenan-Bolger is still looking for your help today! They’re on their final push for stories, and today — August 5 — is the last day to submit them! When I asked her how Autostraddle community members could help her out, she replied, “We’re looking for stories of all kinds, from people from all backgrounds and diversities of experience, especially from people who aren’t usually represented in history. People of color, transgender individuals, older people who’ve lived through events they don’t see represented in history, things like that — we’re always looking for their ideas and experiences. They can email any stories they have either by video or written to queeringhistory [at] gmail [dot] com.”

Though she is looking for stories of all kinds, she’s got a special emphasis on living through the AIDS crisis and stories from countries other than the USA. She tells Autostraddle that if you can’t make it out or send a story, you  donate to Green Chimneys. “It’s a super important organization. They are facing some pretty severe cuts, and are having to shut down one of their main organizations. Now is a really useful time to send some support financially or volunteer-wise their way.”

My last question for Keenan-Bolger was this: Did this project teach you anything unexpected about yourself or about the community?  What surprised you?

“The variety of experiences and histories that I didn’t know anything about. I studied Gender and Women’s Studies in undergrad and I’ve been working on LGBT issues my whole life, yet there is so much I don’t personally know about it. There’s something really magical about getting a diverse group of people together to talk about it, because you find out so much that has been thrown under the rug, or that hasn’t been addressed yet, and there’s so much rich history in our community — so many exciting stories and things that people just don’t know about — that I think are really important to get out there and make people aware of.”