Quick, tell me the name of a scientist! Probably a man, huh? Maybe you picked Einstein, or maybe Newton – but odds are, you picked a man. Ok, now give me a female scientist. A little harder, right? Marie Curie, or Jane Goodall if you’re really creative. But now tell me the name of a queer scientist. Nothing? Yeah, I thought so. But it’s not your fault – I couldn’t think of any either. And this got me to thinking: where are all the queer scientists?

I’m a scientist, and I am always on the lookout for other lesbians in my profession, just for a sense of community and company. But I never find any. Actually, I found one once, I think, but that was when I was closeted and awkward and I was always too scared to talk to her, so I just stalked her in the hallways instead. (I would not suggest you try this, by the way). It’s sad, but it’s true; there are hardly any out lesbians (or queer people of any shades, for that matter) in the sciences. We are nowhere to be found.

So I investigated a little, to learn why lesbian scientists often seem like unicorns: legendary, awe-inspiring, luminous figments of the imagination but notoriously hard to come across in person. Partially, it is because women in general — and queer women to an even greater extent — truly are entering science careers less than men. Our society genders children’s tastes before they can even speak, and girls often grow up with internalized beliefs about sex segregation. But, statistically speaking, even math or science-oriented girls are often turned away from the science professions before they graduate. It’s called the “leaky pipeline theory”: along the long pipeline of education and entry-level jobs, women “leak out” at every step, often from feelings of isolation and unhappiness or because of prevalent societal assumptions that “women can’t do science.” 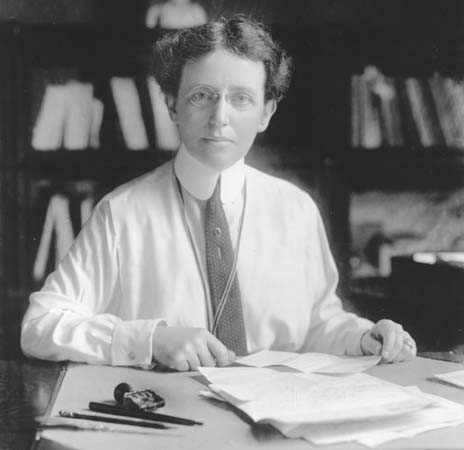 Here’s a unicorn for you: Dr. S. Josephine Baker, physician and child health consultant, and in love with one Louise Pearce.
via www.britannica.com

This is magnified for women who also identify as queer. LGBTQ students encounter harassment at school much more often than straight-identifying children; this kind of harassment leads to worse performance in school, and lower high school and college graduation rates. There are also few role models for queer people in the sciences, and the culture can feel very chilly to anyone who is not a white, heterosexual, cis-gendered man. In this world, queer women hold a minimum of a double-minority status, and it’s no wonder we see relatively few queer women entering or acting in the sciences.

Within the workforce, queer scientists are often very quiet about their queerness, if they’re out at all. Many feel they have to stay in the closet to stay competitive in their careers. Today, thanks to organizations like NOGLSTP (the National Organization of Gay and Lesbian Scientists and Technical Professionals – quite a mouthful, I know!) and Out & Equal Workplace Advocates, it is much easier to be out at work. More than 95% of Fortune 500 companies now include sexual orientation in their non-discrimination policies, and for scientists employed by the government, the Supreme Court’s decision on DOMA recently made it possible for federal benefits to be extended to same-sex partnerships as well.

But it hasn’t always been that way, and for many of the older generation, being out simply is not an option. Furthermore, much of the money in science is “soft money” – meaning that researchers have to renew their grants or apply for new ones every few years, from unknown third parties. You never know exactly who you’ll need money from, or who will be on your board of approval, and you never know who will be homophobic.

Also, there is a reluctance among scientists to talk about “social” or “political” issues; however much it might not be the case in real life, we like to see ourselves as the dispassionate investigators of objective truths. The sciences are meant to be neutral, and because of the rigor of the scientific process, they are thought to hold only essential facts. Sexuality is not considered among those essential facts, regardless of how essential it is to an identity, and therefore there’s no space to discuss it. Which is not necessarily a bad thing. But in a heteronormative world, a non-political or “neutral” stance automatically becomes heterosexist itself. And within this setting coming out often feels inappropriate.

Of course, this is problematic. Straight scientists are also “out” in their own way, but never have to overtly discuss it. But regardless of how unfair this double standard might be, it is prevalent. I felt it strongly when I started at my first full-time job after graduating college as a field hydrologist for a major department within the federal government. Even though I’m fully out to family and friends in the rest of my life, I spent a lot of time being weird and closeted and awkward about my social life at work. In our field, there’s a lot of driving and hiking time, and therefore a lot of talking time; we get to know each other far better than many co-workers do. Where my co-workers (all men) could mention their girlfriends and fiancés offhandedly, I had to think and re-think about what I should say and how much I should allow. I was constantly working around the question of which was better, to be quiet and look like I was a weirdo with no social life and no romantic life, or open the can of worms that begins with “my girlfriend and I…”

In my personal situation, I actually work in a very LGBTQ-friendly area of the world, and I did come out to my co-workers, over a period of a few months. It was catalyzed one weekend on a rock climbing trip with a co-worker that I had assumed was platonic. I quickly learned otherwise when he touched my hair and said he was excited to be taking such a “beautiful, sexy lady” out. I stammered back in surprise and indignation that I wasn’t into men and if he wanted this to be a date, this would be a good time to turn the car around.

To his credit, he took this news remarkably well, and we finished the climb – albeit in relative silence. Over the rest of the season, I eventually came out (in various degrees of social agility) to every member of my team, but it was surprisingly hard. I spent a significant amount of thought and energy on the process, and as I said, I worked in an accepting place, with accepting co-workers. I also didn’t have a lot to lose (my job, maybe, but not a reputation or lab or work of my own). But for many queer scientists, this is not the case. And so queerness is often minimized, avoided, or hidden altogether. 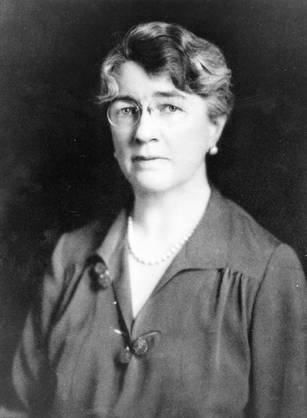 Obviously, similar questions of visibility and individual expression come up in many other professions as well. But my point — and why I think this is important to be acknowledged — is  positions in the hard sciences are often signifiers of privilege and social status, much like being a lawyer, or a politician. Saying you’re a chemist, for instance, carries a certain gravitas; it’s as if you must not only be smart, but now, in this position of authority, you can tell other people things — and they will probably listen. The sciences are also seen as a particularly meritocratic institution, though that’s not always true. The belief is that if you’re there it’s because you deserve to be there. Conversely, if you’re not there, it’s because you don’t deserve to be there. Given the demographics of the sciences as a whole, this implies that only white, heterosexual cis-men deserve these positions of privilege and power.

What does the absence of queer people in such an authoritative job strata say about us? Young queer or questioning people see statistically fewer queer role models in positions of power than straight people. And it also raises questions of why there aren’t more queer people in the sciences. Is it because we’re not smart enough to get there? Is it because queer people are simply not cut out for the heavy intellectual lifting that the scientific method requires? Obviously not. But there’s some way in which all the stereotypes we ascribe to scientists – extremely intelligent, nerdy, rational, motivated, authoritative, intimidating – become disconnected from our socially constructed projections of homosexuality.

Never fear, queer scientists do exist. There’s Dr. Rochelle Diamond, the chair of NOGLSTP and a research biologist at Caltech. There’s Dr. Donna Riley, an openly bisexual researcher and professor of engineering at Smith; Dr. Ben Barres, an openly transgender professor of neurobiology at the Stanford University School of Medicine; and Dr. Neena Schwarz, a retired neuroendocrinologist at Northwestern University and out lesbian. They exist, and they are awesome! And there are many more as well. 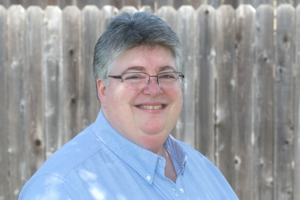 Another unicorn: Rochelle Diamond.
via sciencecareers.sciencemag.org

So, for your ogling and reading pleasure, for the next few weeks I will be profiling scientists whose work or personal stories you should be aware of. First up: Dr. Erin Cech and her pioneering study on lesbian, gay, and bisexual students’ experiences in engineering school. Stay tuned!