Last week many of you were appalled by my Polar Vortex Party Outfit, particularly in that one might freeze their ass off wearing such outfit outside. I’ve since decided that that’s the outfit you wear inside the party!

But then I thought, you know what? That’s actually a great idea! Who doesn’t have a friend who insists on throwing parties at their apartment despite the fact that they always keep the heat at 50 degrees and leave the back door open so her cat can get out?

With that in mind, I present to you just the warmest coolest outfit for when it’s still cold inside the party. 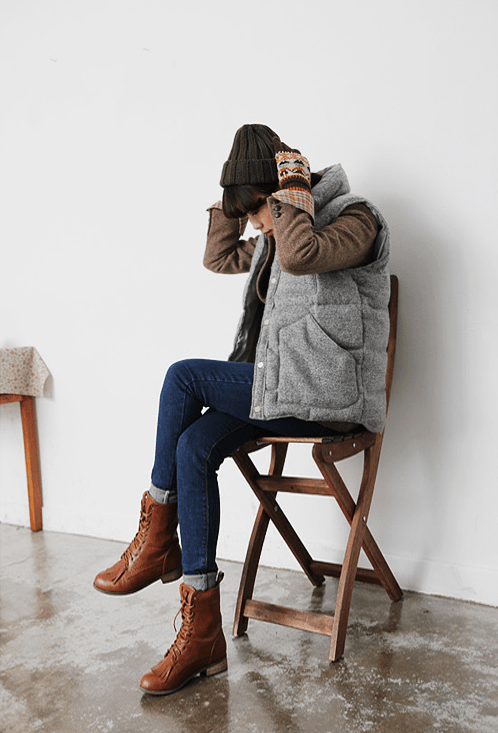 If you think you might be cold inside, you want to make sure you layer. My favorite way to layer is by throwing a quilted vest over a tweed blazer. Remember though, in this situation you don’t want a middle school Old Navy tech vest or even a puffy Patagonia ski vest. You should aim for something stylized and quilted but not too bulky. As for the blazer, you should go for one in a contrasting but not overpowering color.

Since the blazer and jacket will be sort of bulky, you’ll want to pair this with slim-fit pants. Jeggings look great but you might want to opt for straight-leg jeans if you plan on wearing long underwear or fleece leggings underneath.

Most important to this look are the accessories. You’ll want to get some wicked thick wool socks and hearty leather boots. Leather boots, in general, are much warmer than loafers or really any type of canvas shoes. Double warmth bonus if the leather is lined with wool, flannel or shearling. Additionally, I suggest going for a simple hat but a pair of fun, colorful mittens. Hats draw much more attention than mittens, and it’s much harder to be understated in a wacky hat. Maybe aim for a grey or black knit hat and wool convertible “glittens” which allow for free fingers. You wouldn’t want to be hindered from checking your iPhone. 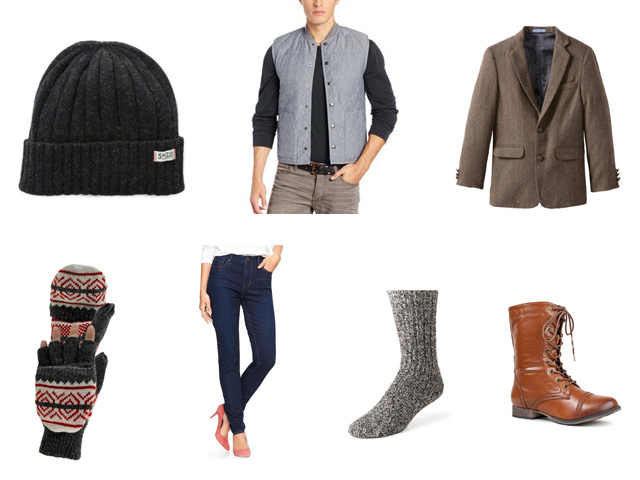 So maybe this isn’t the month to go outdoors. Maybe this is the month to bundle up just to stay in! Whatever you decide, remember that layers and wool are your best friends!

This is Queer Outfit of the Week where I scour the world and tell you all about my one favorite queer outfit this week. I’ll envision a scenario where you or your girlfriend or your best friend or your mom or your cat could wear it and talk all about why it’s a great outfit for that event. Every week will be a different style, gender presentation and event so there’s a little something for everyone — even the person who just wants to look at pictures of stylish queers! So let’s get to it — we’re going to figure out what the heck we’re going to wear this week!

If you see something that you think should be featured on Queer Outfit of the Week, send me an ASS message, ask on my tumblr, tweet me @Ohheyitslizz or email me at lizz [at] autostraddle [dot] com