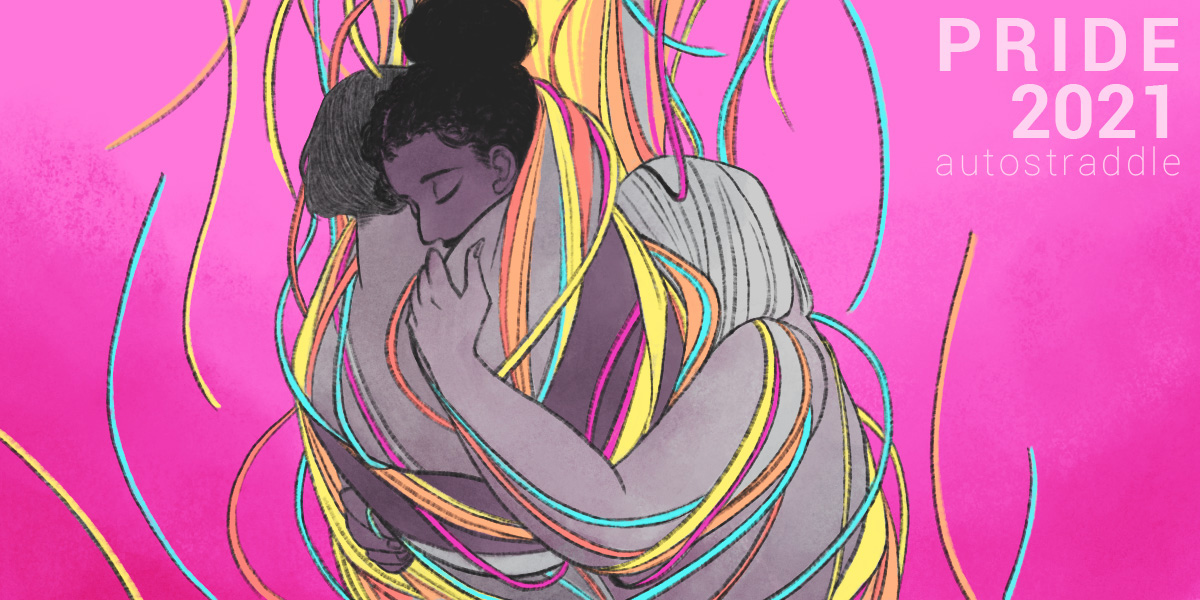 We’re taking some time this Pride to look out for ourselves and each other, with the intentionality and respect we all deserve. What do we really need right now? How can we show up for each other? How can we celebrate the resilience of this community while still making space for our own rest?

We were messaging back and forth for a while when they finally sent a text that I knew was typed with hesitant hands:

Her: “Girl, can I tell you a realization I’ve had recently?”

Her: “Well…I recently realized that I’m not polyamorous like I thought I was. I think honestly — I was just doing it because I thought there were limited options in the queer community now for people who don’t practice nonmonogamy.”

In that moment, I affirmed my friend and told her how much I appreciated her for sharing that realization with me…but that scenario ultimately got me thinking.

We’re here, we’re queer, and some of us have had the privilege of coming out openly to our friends and family…but are there certain stereotypes and expectations in the queer community that keep us from feeling valid?

It can feel like its own coming out in a way.
There’s “Hey, parent (s), guardian(s)…I’m gay.
Then there’s “Hey queer friends….I don’t know what a moon and rising sign is and I honestly don’t care.”

And once you say it, it’s easy to wonder — did your truth lose you a potential friend or love connection? Did you show too much? Are they judging you? Are you truly queer enough?

Impostor syndrome tries to trick us into thinking it only shows up in the board room. But, the reality is that it can sneak its way even into the spaces where we most expect to experience belonging. In the group chat. In the Pride march. And even in our very own mindsets (gatekeepers who invalidate bi and pan folks with cis male partners — I’m looking at you!). Impostor syndrome drives us to act in ways that are not authentic to who we are and teaches us to focus on the surface level of our identities.

My first understanding of impostor syndrome came from not feeling “Black enough” as a child. There were certain ways that my peers- both Black and non-Black- expected me to act as a Black woman and when I couldn’t live up to those expectations, I often felt like a failure. I spent many hours trying to change my speech and my hair and my clothes and my music tastes and I only stopped this dangerous cycle when I realized that I am the only person who defines what my Blackness is and should be. [Like…ya girl can still like Taylor Swift and still be Black (mostly) (I kid)].

So, just in time for Pride month: I want to remind you that you are queer enough just the way you are!

Say it with me: you are queer enough just the way you are!

So, let’s douse our Petri dishes with some empathy!

Post your “not queer enough” stories and confessions below! Where do you feel like you don’t often fit in the queer community, and how are you going to affirm yourself this Pride month even when impostor syndrome hits?

Tiara’s six word memoir is “born with questions in her mouth.” By day, she works as a sassy, affirmation-card-wielding Career Coach. After hours, she is a creative writer, book reviewer (@booknerdspells), and unofficial bubble tea ambassador. Tiara writes angsty fiction and essays about intersectionality, mermaids, reading, spirituality, being queer, and traveling. She hates beets and people who touch her hair.

Tiara has written 18 articles for us.