WARNING: This post contains major spoilers for the season six summer finale of Pretty Little Liars, including the definitive identity of A. Proceed with caution!

Last night, after five years, 130 episodes, a clue-giving parrot, a grave-digging dog, a Cheetos-chomping raccoon, at least one literal witch, and eleventy hundred billion barns and dolls, Pretty Little Liars finally revealed the identity of the omniscient, omnipresent A. It was Cece Drake. Her real name is Charlotte DiLaurentis.

The story goes that once upon a time, Jessica DiLaurentis brought Alison home from the hospital and Charlotte loved her sister with her whole entire heart. So much so that when Jessica and Kenneth inevitably neglected and ignored Ali, the way all Rosewood parents do, warp-zoning in and Out of Town and getting into tangled up adulterous messes with Hastingeses and digging around in the backyard with contraband shovels, Charlotte decided to take care of her baby sister. Charlotte taught baby Ali about all sorts of things: cartoons and nursery rhymes and rerouting her IP address through a series of triangulated portals to anonymously bypass government firewalls. 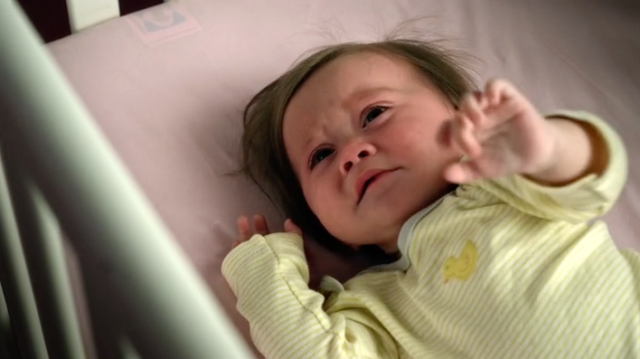 The rumors are terrible and cruel, but honey most of them are true. 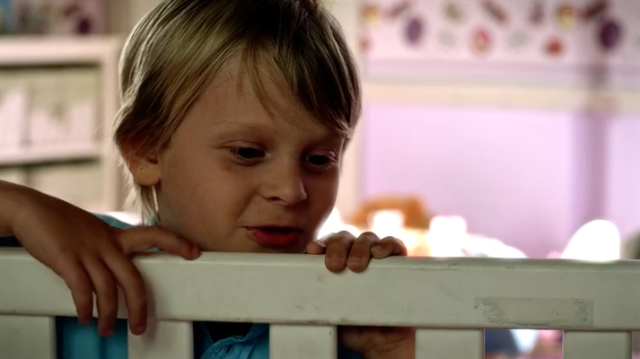 Baby, I can build a castle out of all the bricks they’ll throw at me.

One day when Kenneth and Jessica were being particularly absent, baby Ali started crying, so Charlotte decided to give her a bath to help her feel better. Unfortunately, Charlotte almost drowned her, due to being a small child with small hands and small muscles who was unable to hoist a human person into a tub and keep her afloat. Well, Kenneth rushed up in the nick of time to save Alison, and like all grown men in the town of Rosewood, blamed a young girl for what what was very clearly his own mistake. He blamed her so much that he had her locked away in Radley like she was some kind of murdering psychopath.

Well, but there was this one other factor: Charlotte DiLaurentis was assigned male gender at birth. She knew she preferred girls’ clothing and wanted to be called “her” and “she,” and Vernon DiLaurentis did not like that one bit. He locked her into Radley Institute for the Criminally Insane and never once went to visit her. 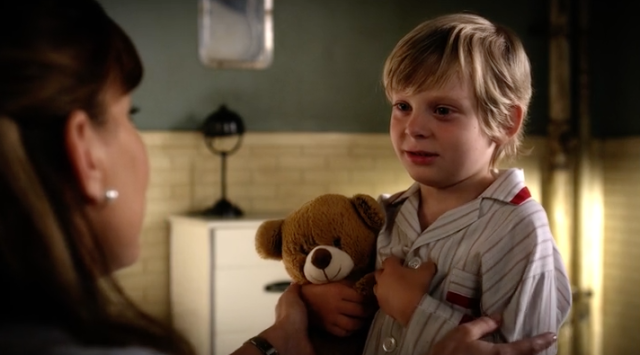 Can I get an Americano before you go? 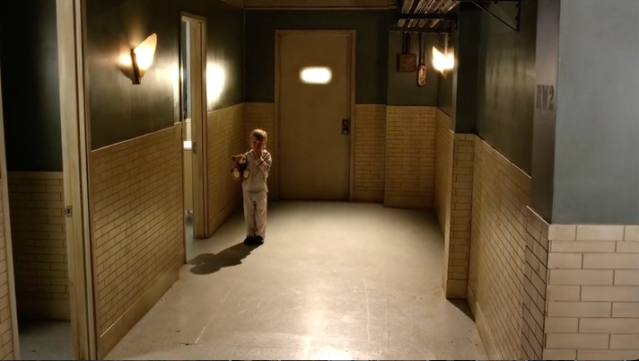 OKAY BYE HAVE FUN IN OUT OF TOWN!

Yep, A is transgender.

You know the rest of the story, even though you don’t know you know: Charlotte became great friends with Bethany Young in Radley, because Bethany encouraged her to present as a girl, a thing that was made a lot easier because every time Jessica DiLaurentis bought Ali a new dress or a new scarf, she bought Charlotte one too. Unfortunately for young Charlotte and good ol’ Marion Cavenaugh, Bethany wasn’t stuck in Radley for the reason Charlotte was: because in the whole world, and Rosewood especially, no one cares about a woman’s side of the story when a rich white guy is saying a different thing. Bethany was in Radley because she was an actual dangerous person, and so when Marion stumbled up to the roof one night, Bethany just pushed her ass right off. Bethany told everyone Charlotte murdered Marion, and hey, who’s going to believe what a trans girl has to say? (Are you sensing a theme?) 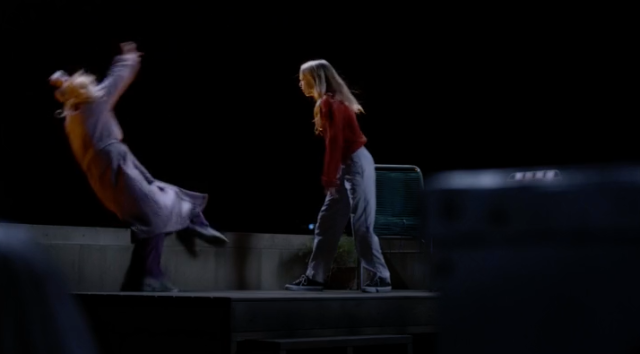 Your storyline wasted hours of our lives we’ll never get back! GET OUT OF HERE!

So, Jessica paid off the Radley board to make it look like a suicide and took Charlotte away. They wove together a tale about how Charlotte killed herself, they buried her dead name in a real grave. Jessica checked her back into the worst mental hospital in history with her real name with her real gender. She never stopped visiting her daughter, never stopped believing her or believing in her, never stopped loving or supporting her. And because Jessica understood that the way you get into UPenn is not, in fact, to give your application to a stranger in the woods outside a rager at Noel Kahn’s cabin, she got Charlotte admitted to college.

Charlotte came home to Rosewood one weekend, a grown up and very bored university student — because Charlotte had always been a genius, she knew everything everyone was trying to teach her already at her Ivy League University — and met Jason. She told him her name was Cece and he loved her without knowing why he loved her, and suddenly she was back with her family, even vacationing with the whole gang one summer and spending every minute she could with Alison. Jessica was pissed! Super pissed! But what was she going to do? 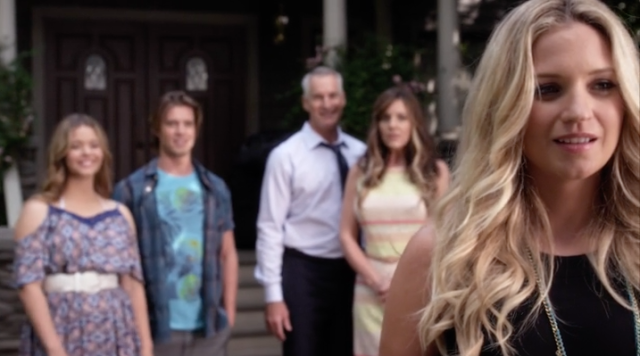 Cece, come to the beach with us! 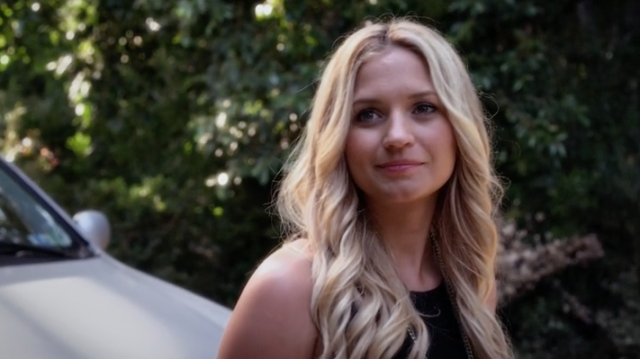 Can I bring my mannequin leg?

Finally the summer of DiLaurentis family bliss ended and Endless Labor Day rolled around. Alison was out and about, doing things. Flying her plane up and down the east coast, from Philadelphia to Savannah, playing in golf tournaments with Ian and blinding Jenna Marshall with firecrackers and wrapping a do-rag around Toby’s head and carting him off to jail and giving Emily snow globes with secrets stashed inside and visiting the kissing rock and making sex tapes with one of the million predators in town and renting storage lockers to stow away her lunch boxes full of incriminating flash drives and rubbing her friendship bracelet all over Toby’s DNA and visiting Jenna in the blindness hospital and getting almost hit in the head with a hockey stick by Garett Reynolds and almost hit in the head with a boomerang by Byron Montgomery and almost hit in the head with a brick of weed by Jason. Ali went to the Beyonce-themed sleepover in the Hastings barn, drugged her friends, sneaked off into the night, and was walloped in the noggin by Charlotte and buried alive by Jessica.

See, Charlotte thought Alison was Bethany because everyone was wearing that same shirt that summer!

Charlotte was devastated and so was Jessica, but only because they didn’t know Ali’s spiritual gift was holding her breath for hours at a time, or that an elderly magic-eyed seer from Ravenswood was on the way over to pull Ali out of the ground. 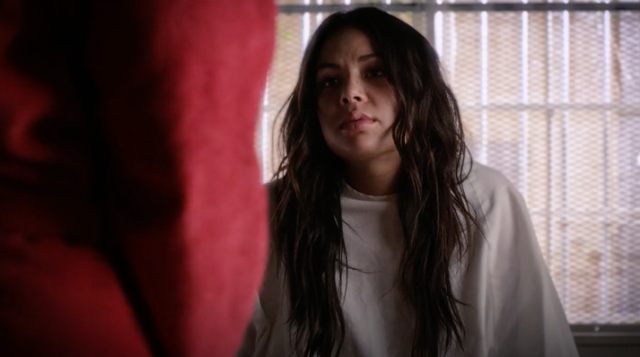 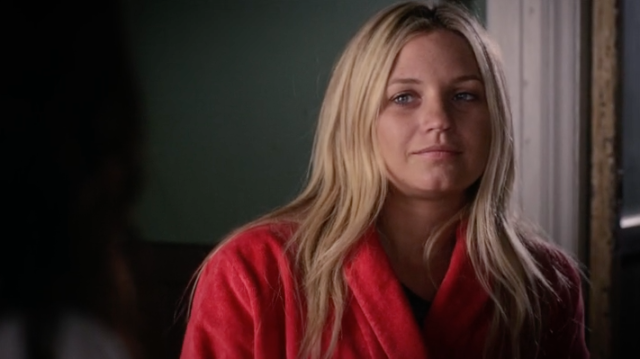 Sometime later that night, the opposite thing happened: Mona arrived and saw Bethany and smacked her in the back of the head with a shovel, thinking she was Ali. And sometime after that, Melissa wandered up and saw a dead body and buried it in the already-dug grave on the off chance Spencer had murdered the girl.

(One of the main lessons of this finale is: When you’re going to kill someone by hitting them with a shovel, do it in the face so you can make sure you’re murdering the correct person.)

Mona had been A the whole time, see, torturing Alison because of how Alison tortured her. And then when “Ali’s” body was found, Mona started up the game again, aiming at the Liars this time. She ended up in Radley, as you know, to quell her adrenalized hyperreality, and that’s where she met Charlotte. Charlotte hated the Liars because of how she felt like they took her sister away from her, and so while Mona was drugged up and her brain was pliable, she spilled all her A beans to Charlotte, and Charlotte took over the game. 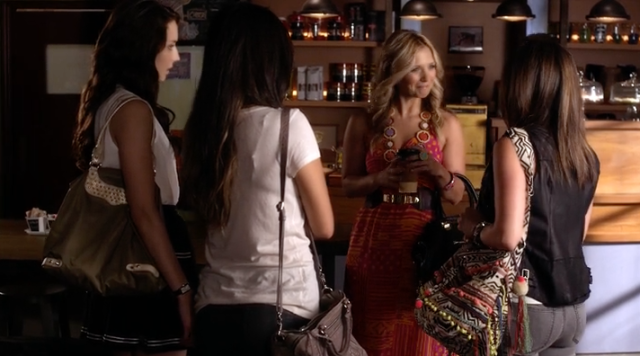 And now a highlight reel of some of my greatest hits. 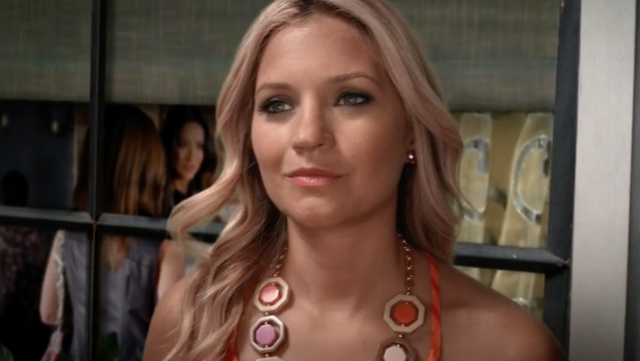 The time I did my best Alison. 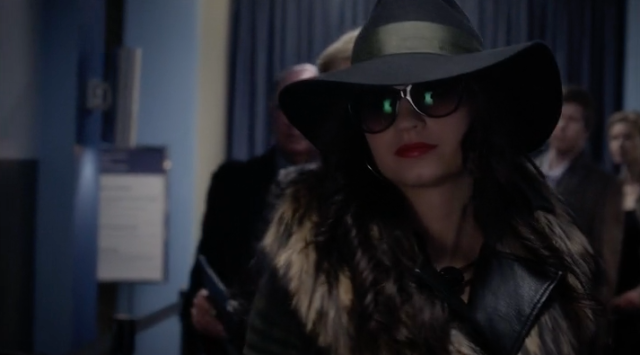 The time I did my best Vivian Darkbloom.

Charlotte came back to Rosewood calling herself Cece Drake. And while she was doing that, she was also Being A. She was doing it to punish them, yeah, but also because she believed Alison wasn’t dead, and she knew she could smoke Ali out of hiding if she just set her best friends on fire enough times. It worked! Finally, Alison came back, fully resurrected, and yeah, okay, sometimes Charlotte maybe choked her with her own scarf and stuff, but she had to make it look like she was as angry at Ali as she was at the Liars, and anyway, it’s not like she killed the Liars.

Mona ran under Hanna with her car and they’re still friends!

Well, and that’s the story. All of this information comes tumbling out of Charlotte’s mouth as she explains six seasons of this show to Alison, and also to the Liars and Mona, who are watching on a holographic plasmatic projector in a laser beam-shielded room they arrived in through a portal in the Forbidden Forest at Rosewood High School’s prom. Charlotte thinks maybe she’ll jump off the roof after she’s finished flashbacking and expositioning, but Hanna and Ali beg her to please not do it, and so she does not. 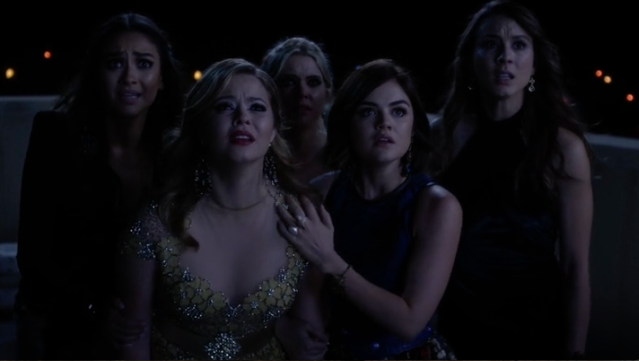 I think I love Lorenzo!

Alison, that is the dumbest fucking thing I have ever heard in my life.

She hops down. She says, “Game over.”

And then the Liars go off to college after a group hug full of every love.