Previously on Pretty Little Liars, Paige left the warm embrace of Emily’s arms to journey to California, a Narnian wonderland where it is rumored that lesbians can survive to the ripe old age of possibly 20 years old. Mona’s mother threw her a Hawaiian-themed funeral and then threw a punch right at Ali’s face. That was not the worst thing that happened to Ali, though. The worst thing that happened to Ali was her friends red-rovered her right to jail for Mona’s murder. Oh, and speaking of magical places, the Grunwald shimmied in from Ravenswood to sniff around Mona’s empty tomb and pet her stuffed dog and stare deeply into Alison’s eyes. And then the Grunwald prayed for our souls.

Toby Cavanaugh, convicted felon and long term boyfriend of three-time murder suspect Spencer Hastings, has arrived at a not-Rosewood prison to deliver transfer papers for Alison DiLaurentis. Because he is a police officer, in case you have forgotten. Alison’s face is bloody and bruised when she calls Toby over to remind him that he was in jail one time and he knows how shitty it feels and so get her out of here. But he reminds her that she put him in jail for the blinding of his step-sister. And she reminds him that he showed up on that one Labor Day weekend to thank her for putting him in jail because it meant Jenna stopped molesting him. And then he reminds her that on that Labor Day weekend she rubbed his borrowed sweater all over her friendship bracelet before she went to the kissing rock to do it with Ian and that particular forensic evidence is why all the Liars were scared of him for so long. And she reminds him that he was a shady motherfucker back then, and even one time nearly (accidentally) murdered Emily in a chemistry lab.

Such a long, loving history between these two! 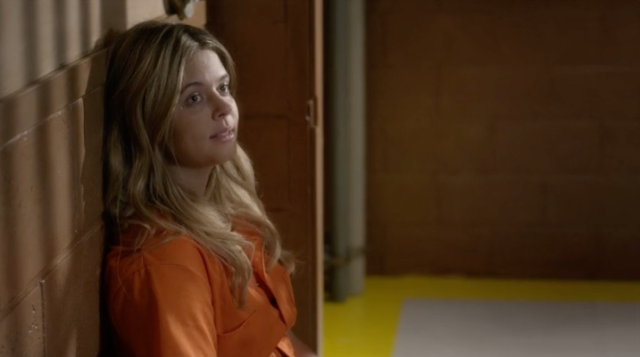 Got a do-rag I can borrow?

Ali: You do understand that your girlfriend is going to die — and I’m not talking about spending five hours under ground, breathing dirt until a clairvoyant sorority mom can pull her to safety, dude; I am talking about actual death — unless she and the other Liars start talking to me again.
Toby: I am the law!!!!
Ali: I should have killed you instead of Mona.
Toby: Is that a confession!???
Ali: No, it’s sarcasm. Jesus. Just tell Spencer to fucking taking my phone call.

I can’t stop thinking about that line from Who Framed Roger Rabbit when Judge Doom is like, “Have you forgotten what happened last time? If you don’t stop that laughing, you’re going to end up DEAD, just like your idiot hyena cousins!” That’s what Ali’s face reminds me of right now, looking at Toby like she’s doing.

Toby rushes right over to Rosewood High to talk cop shop with some curious teens. The laser pointer these kittens are chasing today is: 1) Ali had help setting up that fireworks display, a hijink she was definitely behind. 2) Holbrook sticking his tongue down Ali’s throat is definitely a thing Aria saw at the Ice Ball. It was not one of the one hundred Ali-shaped people at that ball, including Ali’s literal soul twin. It was Ali. #AriaKnows. 3) And so therefore Holbrook did the fireworks because Ali brainwashed him with her underage sexuality. 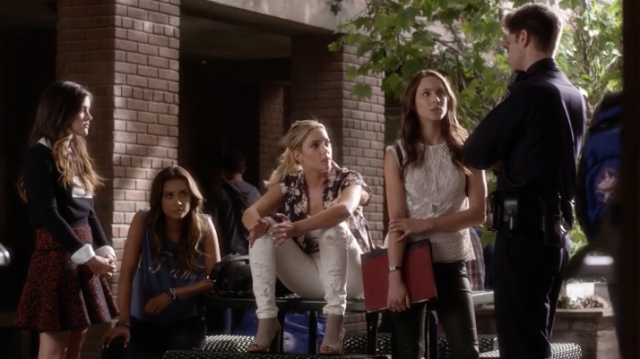 What the heck is a “dad,” Toby? Stop using cop code and speak English.

Holbrook is Out of Town taking care of his sick dad, so the Liars think Toby should find out if he’s making time to visit Ali in jail. Spencer’s like, “Why are we always throwing Toby head first into the lion’s den?” When the question she should be asking is, “Why are we not always throwing Ezra headfirst into the lion’s den?” But whatever. The Liars decide to hold a coven over the weekend to determine their Next Steps. Hanna, however, cannot attend said coven because her Next Step is out of this town for good. She has arranged a visit at one of the 100 colleges that accepted her. 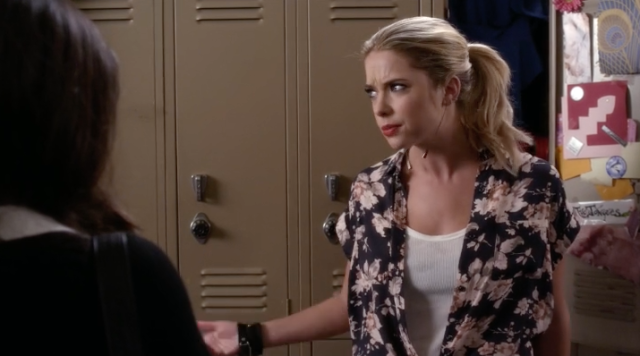 Calm down, Hermione. It’s not like you flunked your O.W.L.S. just because Harry scored higher than you in Defense Against the Dark Arts.

Spencer: Did Mona’s adrenalized hyperreality pass to you when she died or something? How many colleges did you get into?
Hanna: [rolls her eyes]
Aria: [covers her hands with her ears] LA LA LA I FORBID ANYONE FROM TALKING ABOUT COLLEGE UNTIL I GET INTO ONE AND CAN MAKE THESE CONVERSATIONS ALL ABOUT ME.
Hanna: [rolls her eyes]
Spencer: Seriously, Hanna, how many?!?

In between college visits, Hanna says she’ll deal with Holbrook by visiting him and telling him to stop obeying Ali’s murder decrees. He did bump his grown-ass man face into Hanna’s underaged teenage face one time, after all; that’s got to count for something. 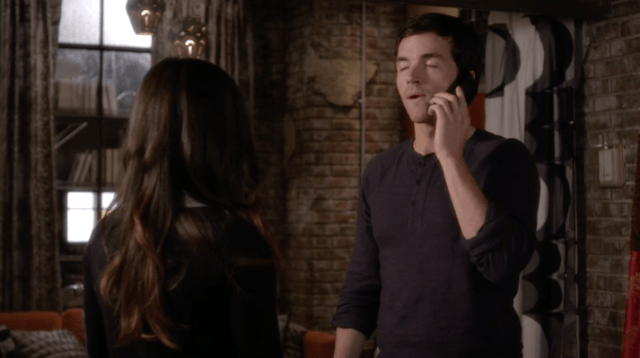 At Fitzgerald Bookstore & Candy Shoppe, Ezra is melting down about how his caterer doesn’t have the right kind of diamond powder to crust the fois gras in and did he say chablis or did he say merlot because he’s pretty sure he said merlot and none of these vendors will accept anything over a one million dollar bill and his life is so hard. My god, what would it be like to walk around the world in Ezra Fitzgerald’s shoes? How would that feel for even a single day? 99 problems and vintage wine is every single one.

Emily has an idea and it is that she will take over this catering situation and make enough money to buy a plane ticket to California, where she will snoggle her moogle with Paige McCoogle, who isn’t returning her calls and texts right now. You understand why Emily is upset by this, of course. For starters, Paige was like the only person whowas always pouring unfiltered love into Emily’s heart and also companionship things and sex things. And for seconders, the last time one of Emily’s girlfriends left town and stopped returning calls, Lyndon “Nate” James happened. 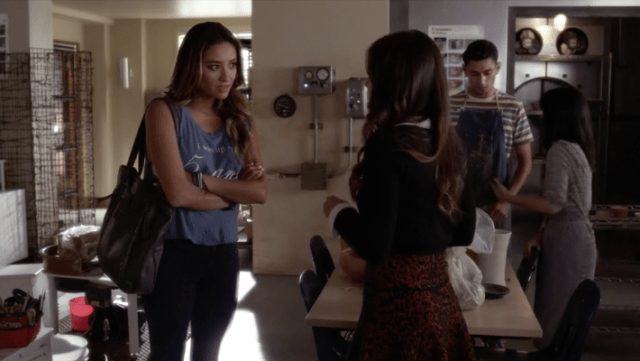 I just don’t want to end up in a sequel to Les Cousins Dangereux, okay?

Emily is desperate. Paige did not respond when Emily passive-aggressively hinted she was going to college in Gaymo, Oregon. Paige did not respond when Emily sent her scissoring emojis four nights in a row. But the perhaps the true reason for Emily’s desperation is she wants to visit Paige for spring break even though spring quarter ended at least last week, which means that she’s going to have to buy a plane ticket and a time machine. She can’t even make a down payment on a TARDIS on a barista’s salary.