Welcome to your weekly pop culture fix, in which I left my wallet on an airplane and Delta claims they’re trying to find it but I don’t believe them! 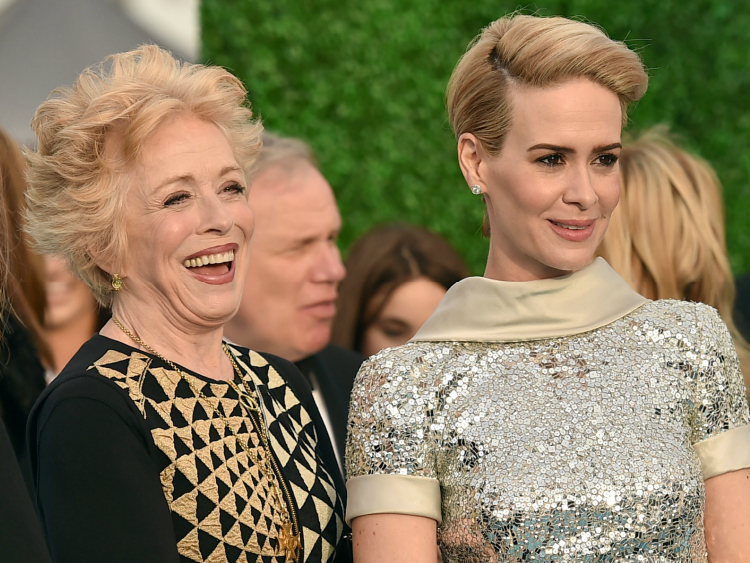 + Janet Mock is in People’s Most Beautiful issue, which’ll hit newsstands on Friday and feature a lightly airbrushed portrait of Jennifer Aniston on its cover.

+ Lifetime has became one of the best places in Hollywood for women, and its new slate of upcoming programming reflects that evolution, as it includes:

There’ll also be two new unscripted series, one about Olympic athletes and another about the fashion industry, and a 10-episode digital series co-created with Hello Giggles about the personal lives of up-and-coming female comics. NOT TO MENTION the return of UnREAL and the adorable shit currently happening on The Faith Diaries.

+ Brooke Vincent of Coronation Street says she’s super-proud of her lesbian role on the show, telling The Huffington Post “There were hardly any lesbians on TV then… I’m so proud to look back and think we did it. We did it for all the girls that couldn’t do it.”

+ The Harvard Political Review takes on the dead lesbian trope, noting that it’s about time to LET US LIVE.

+ These are the five TV shows that made Kat Hamilton queer. Before you click, guess what they are and then come back here and tell me if you were right.

+ Emily Nussbaum talks to Kenya Barris, the creator of black-ish, who would like to collaborate with Lena Waithe.

+ So this film Women Who Kill seems to contain literally everything I want in a movie, including female serial killers, lesbians, and New York: “Sewed into the film’s hyper-specific lining — one that gently parodies a certain kind of Brooklyn lifestyle à la Portlandia or Girls — is a very universal feeling. As Morgan becomes more and more convinced her girlfriend is a serial killer, she retreats. Like all of us, Jungermann’s character is terrified not just of getting murdered, but of letting herself love. And sometimes, those feelings can be one and the same.

+ Variety has a lukewarm review of AWOL, a film which “chronicles a lesbian love affair with heavy odds stacked against it, including socioeconomic realities, an inconvenient husband and eventually military-service commitment.”

+ A film series about pre-Stonewall queer cinema asks what makes a movie gay?

+ It’s so weird to have been an Eileen Myles fan for a long time and to be told that now is her moment, now she is the most famous she has ever been, because she has always felt so famous to me. Now she’s in The New York Times Style Issue, along with a bunch of feminists who cite her as inspiration — Tavi Gevinson, Beth Ditto, Emily Gould, Porochista Khakpour, Staceyann Chinn, Justin Vivian Bond. Also these are her 10 Favorite Books.

+ That new song from kd lang, Neko Case and Laura Veirs that you ordered has arrived!

+ This Steven Universe lesbian love story is becoming a children’s book which “will reportedly expand on relationship between two Gems named Ruby and Sapphire who fall in love and fuse together (it’s a metaphor) to form the Steven Universe character known as Garnet.”

+ Bitch Planet is nominated for a 1016 Eisner Award.

+ Brandi Carlile talks to Torres about topics including “being gay.”