Welcome to the sixth recap of the third season of Faking It, a show about a 34-year-old weirdo who isn’t sure where all the wasps are coming from from the same network that brought you Paris Hilton’s My New BFF, a reality show I should’ve won, but did not. I didn’t even enter!

So, I just watched the mid-season trailer for Faking It. I have hope. I have seen it and I have hope! Heather watched it three times in a row.

We open — where else? — on the resplendent, sunny, shiny, brilliantly radiant lawns of Hester High for Hooligans and Former Employees Of Houlihans. Amy’s experiencing sharp pains of annoyance and regret towards Lauren, who’s giving her world’s coldest shoulder. Probably even colder than a Penguin shoulder or a Polar Bear shoulder or the side-of-the-road shoulder that didn’t save my brother and I from careening off a slick winter highway in Bowling Green, Ohio in December of 2001, a situation we both survived, thank goddess. 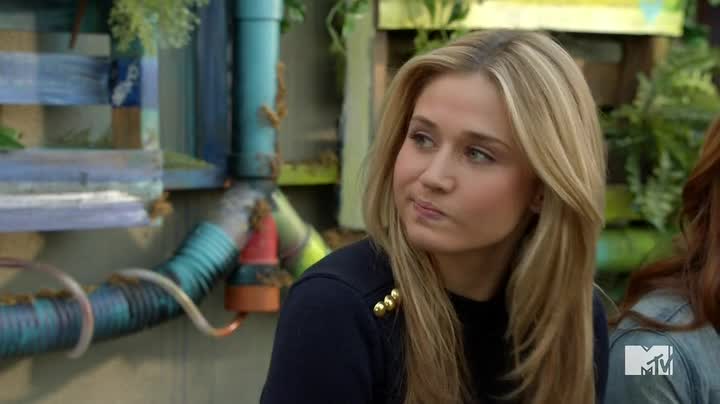 Hm, I wonder what Lauren is doing with my phone… 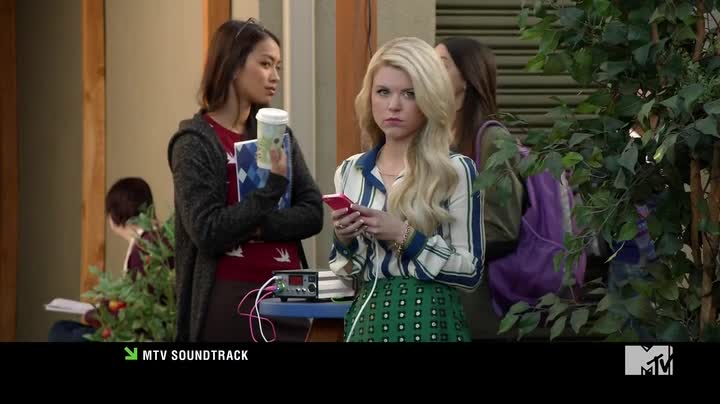 Anyhow, Karma’s not that interested in Amy’s situation because she’s too busy watching Liam dump water over his burning hot man-bod. Amy says Karma’s gotta get over Liam since he’s dating Rachel Rabbiberg now, and maybe Karma should stop thinking about boyfriends and start thinking about boy friends with benefits. “I learned this summer that a steamy makeout session with a hot stranger can do wonders, it really reboots the hard drive,” says Amy, although this memory is unfortunately not accompanied with a flashback. 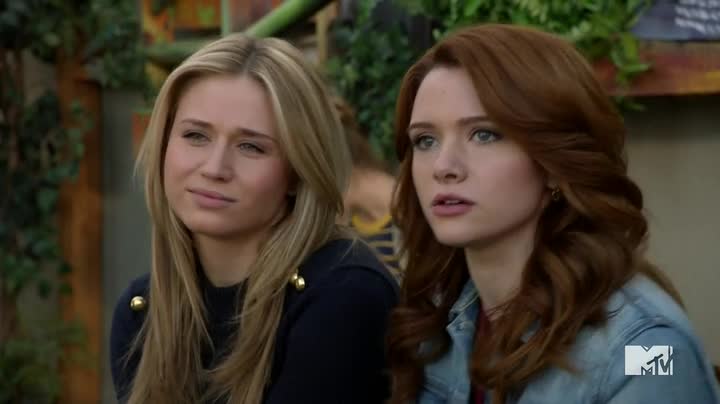 You know, I used to really like that guy until the drought hit and he refused to cut back on his water usage. 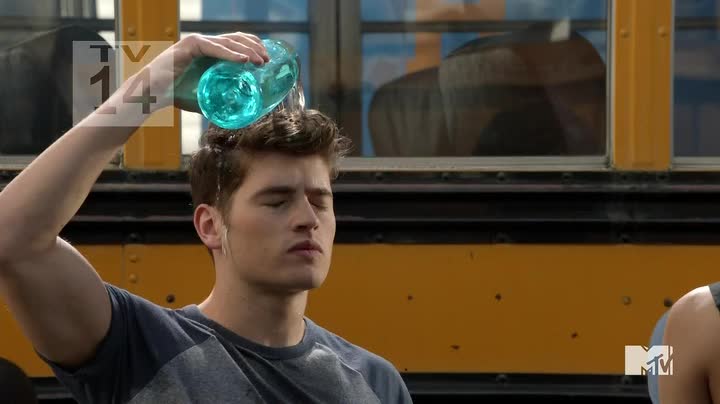 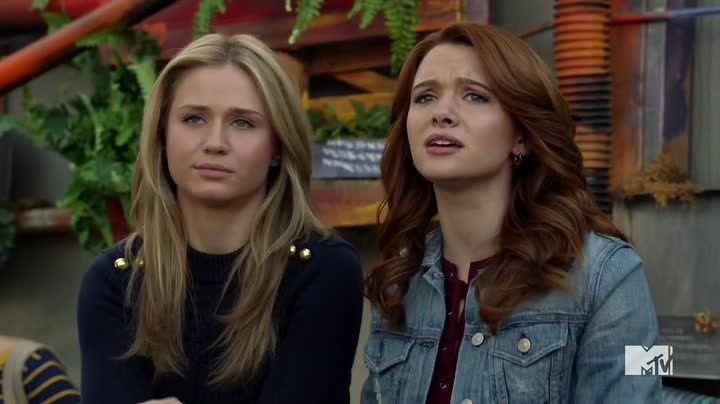 Hey, you over there! Save some for the crops!

Cut to Lauren’s Lair, a super-fancy apartment paid for by Daddy and patrolled by round-the-clock interns. Amy’s arrived with a muffin for her muffin (NOT THAT KIND OF MUFFIN) and begs Lauren to come to the Haunted Hoo-ha Party. 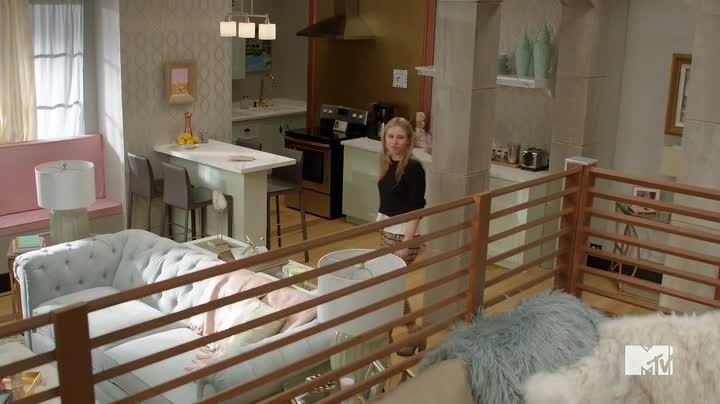 Hey Lauren I’m here on behalf of the Easter Bunny, who wants his color scheme back

Lauren is very stubborn and refuses to go, and also is reluctant to admit that it’s not just her social media presence she requires interns for — it’s ’cause she is a tiny teenage girl in a big apartment all by herself and she probably is having nightmares about being kidnapped by Willow, like I did.

So: Liam’s breakup with Rachel has helped Liam to see that he has no business being in this show anymore JUST KIDDING no business being in a relationship! Instead he just wants to dress up like a cave man and find a nice Betty Rubble to rock and roll with in a sexual way. Also, Shane’s Mom is chaperoning the dance wearing a Playboy bunny outfit and a wine bra. You ROCK IT, Shane’s Mom. 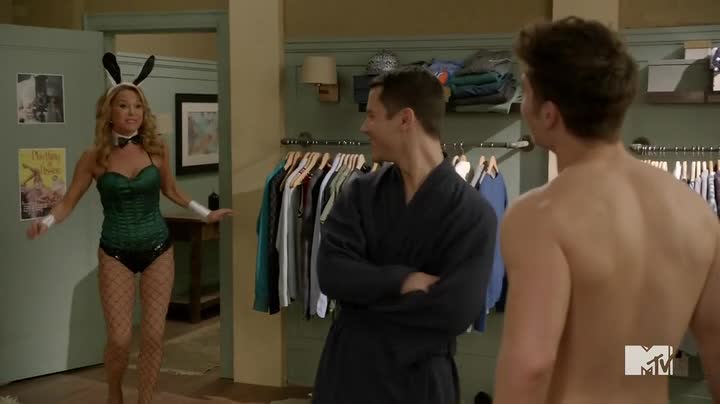 Liam I’m not sure if Shane told you this already but I’m not like other Moms, I’m a cool Mom

Brew and Chew with Lew: Amy’s picking up a hot beverage from her local indie coffee establishment when who should she bump into but Felix, who she invites to the Haunted Hester Party. 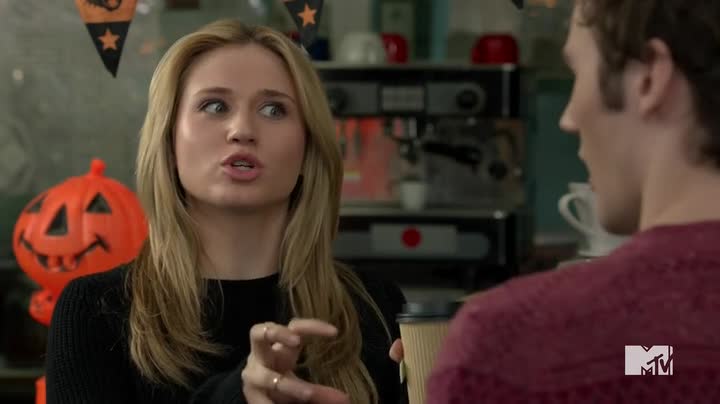 What about a firm boob grab? Did you ever try just grabbing her boob and going “HONK HONK”? 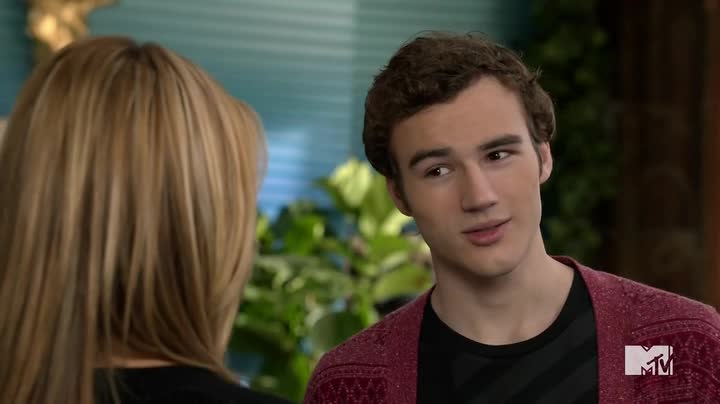 Felix is surprised Amy’s attending this hook-up party when she should be sitting at home filling out Mad Libs with his name for every blank space and/or carving his name on her ankle with a needle. She insists she’s just being Karma’s Wing Man, which’s exactly what I’m gonna be for Halloween next year. Amy admits they’ve got a KILLER haunted house and that’s the real reason she’s going. 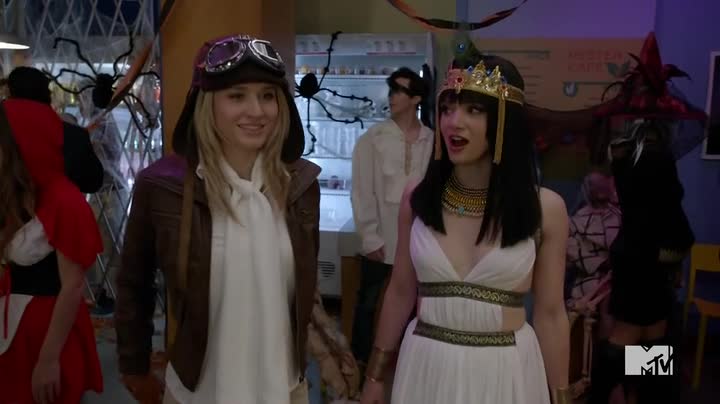 No WAY are you serious that bowl of eyeballs was just peeled grapes??!!!

Shane is wearing something complicated and tells the ladies that the best way to party like they mean it at this particular event is to explore the Tunnel of Terror with a special somebody, make it through the rain, and then make out.

Back at Lauren’s Cinderella Castle Condo, our heroine is frightened to learn that a blonde-teenager-killing serial killer is on the loose and whoever just knocked at her door ran away before she could see them and even though she has a gun in her purse she’d probably feel safer at The Ball. 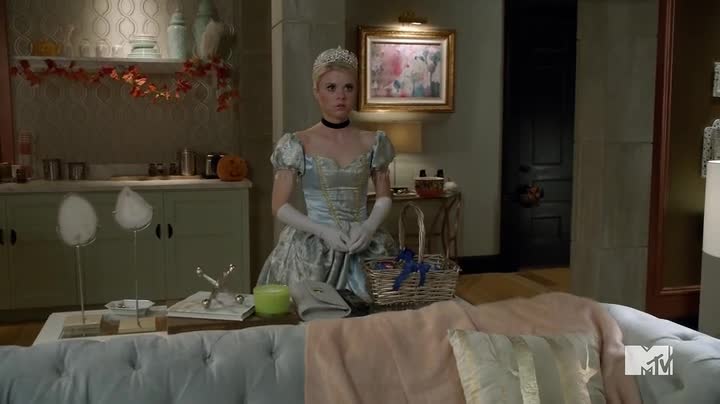 Okay, that’s it, if the spotlight over my watercolor goes out one more time I’m calling a tenant’s meeting

Hester Hullaballoo: who should Karma run into in the quick-change room but Liam! Apparently his caveman attire was rejected for promoting domestic abuse, so now he must dress up as a gay sailor. 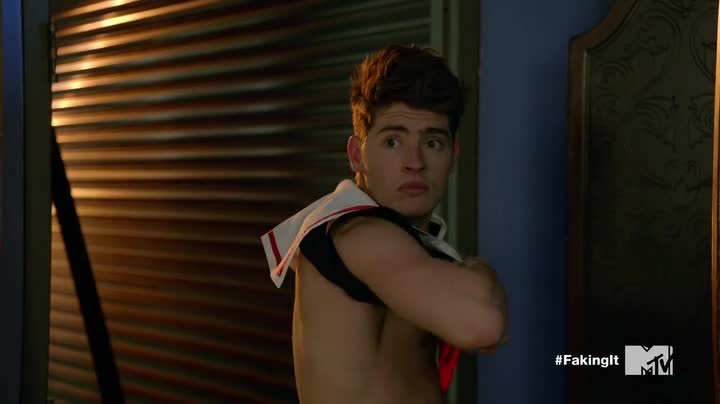 Me? At Posh during Fleet Week? I’d never!

He informs Karma that he’s no longer betrothed to Rachel, and Karma informs him that if her Dad hadn’t had a heart attack, she would’ve been right there to talk to him about their future together! But they’re interrupted before Liam has a chance to respond. DANGIT.

If anybody is following along at home I have just murdered my SIXTH wasp of the day. Where are they coming from? If I die in my office today I want you to know it was the wasps. Anyhow, so, Shane introduces Amy — who’s sheepishly shoveling donut holes into her mouth — to Harper, a verified lady-loving lady who’d love to take Amy on a tour of the tunnel of terror! Not HER tunnel of terror, but THE tunnel of terror. 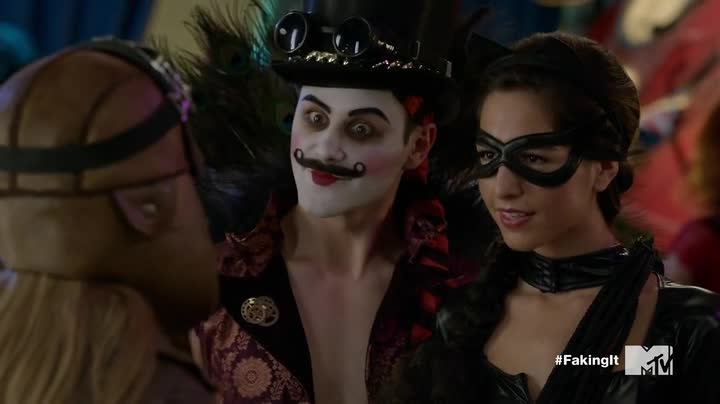 GIVE. HARPER. YOUR. DONUT. HOLE 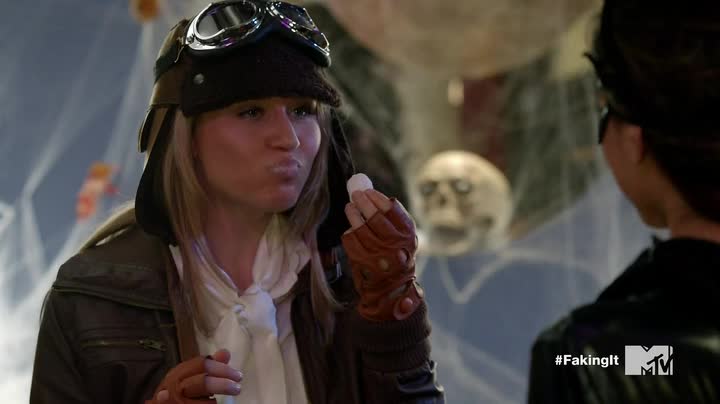 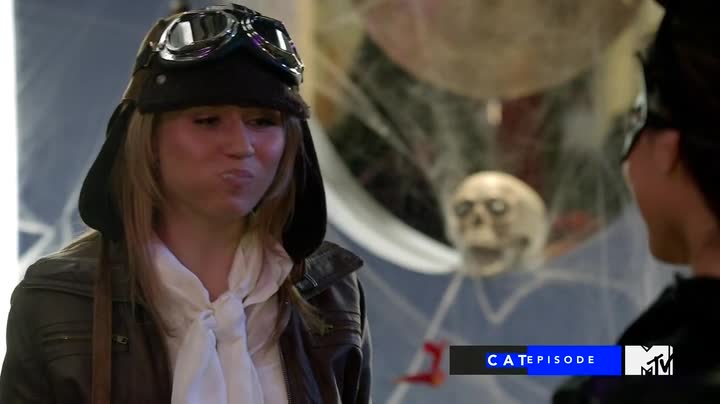