Welcome to your weekly Pop Culture Fix in which we update you on all the latest developments in Lesbians who eat Pop Rocks before giving oral sex. 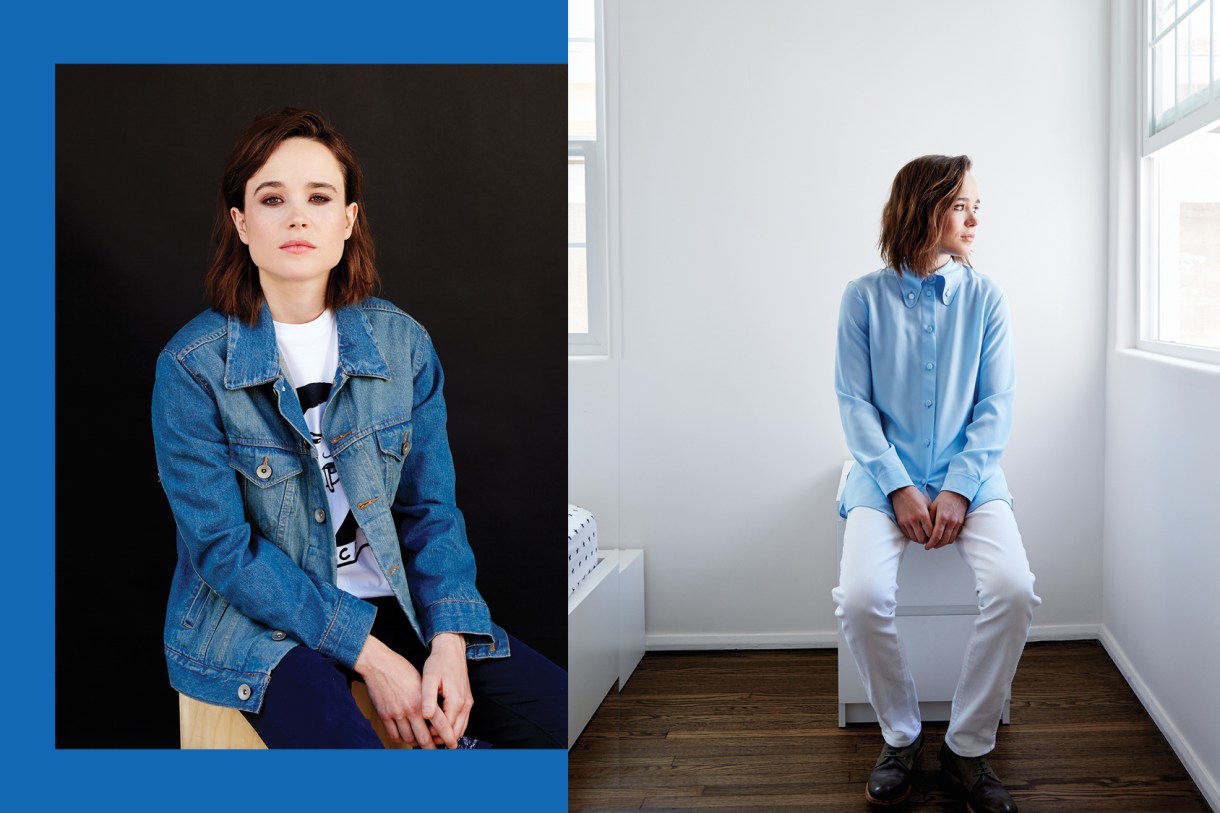 + AfterEllen talks to Evan Rachel Wood about co-starring with Ellen Page in “Into the Forest,” a thriller about two sisters trapped in their house 30 miles from the nearest town during a somewhat apocalyptic situation. Wood discusses feeling like Ellen Page’s ‘Mama Bear” and how fun it is to work with other women insetad of being the solo lady in a sea of men. Also:

AE: I wonder if that brings any kind of energy to the set or the performances because it’s not a queer film.

ERW: No, no. It’s not, and it didn’t change anything, which I thought was kind of cool. Yes, we’re all out queer women, but we still do the same job; that doesn’t change what we do or how we do it. If anything, it was just kind of a cool—we all sat on set one day and looked at each other and went, “Hey! Pretty cool. Pretty cool. All three of us man.” [laughs] So it’s kind of showing we’re just as capable and doesn’t really make a difference. If anything, it’s kind of cool to show it works the same way. It’s a good question because of course we all had little moments of “This is pretty cool.”

(Also if while you are reading the interview you find yourself bothered by those unblockable video ads that pop up and form themselves in the middle of every page, just a quick PSA: the network that runs AE’s ads runs most of our ads too, and the only reason we’re not running that same style of ad is because we hope that enough of you will join A+ so we don’t have to!)

+ Ellen Page is on the cover of Brooklyn Magazine LOOKING FINE and talking about Tallulah and Into the Forest.

+ Pimp, an indie film from writer-director Christine Crokos, stars Keke Palmer as a pimp and Haley Ramm as her girlfriend. They dream of a better life from their current situation existing “on the streets of New York amidst the hustles and dangers facing those working in the illegal sex trade.”

+ On a post-Twilight Kristen Stewart.

How did you feel about Catherine’s coming-out episode? I’m happy it was handled as such a normal thing.
David [Mandel, executive producer of Veep] talked to me about wanting Catherine’s relationship to be a surprise and to come out of nowhere. It felt appropriate to have this huge thing happening to Catherine that her mother and nobody really noticed. Similar to what you just said, I was relieved that it wasn’t going to be made into any kind of big deal that it was a woman, specifically; if you actually pay attention, it has nothing to do with that.

+ Episode 412 of Orange is the New Black broke our hearts right open in so many ways, and has made a lot of fans (including us) angry at the show for sacrificing a black lesbian character to, apparently, teach white people a lesson. Our Episode 412 reviewer, Raquel Willis, was also not a fan of this development. The AV Club, however, gave the episode an A-.

+ Looking back on Xena: “Storylines teased the audience with the possibility that Xena and Gabrielle might be a romantic couple, though it was never made explicit, in part because of concerns of alienating the audience. But it wasn’t an aspect the show’s creators shied away from, either.”

+ Lea DeLaria talks to HelloGiggles about how the AIDS crisis made her want to become a comedian.

+ The Advocate thanks HBO for having lesbian characters.

+ Jessica Williams is leaving The Daily Show. Are y’all listening to Two Dope Queens though? ‘Cause that is my new favorite podcast AND YOU SHOULD BE.

+ Constance Wu, who I am in love with, will be playing a lesbian military psychologist named Jane on Hulu’s new series Dimension 404. Lea Michele will also star.

+ “With [Tegan and Sara’s] recent appearance on Charlie Rose, they’ve cemented themselves as people who are willing to converse with Charlie Rose as he tries to talk about things that have nothing to do with them or their work, such as novels.”

+ How Tegan and Sara are queering mainstream pop in Toronto

+ Watch St. Vincent Perform at a Charity Concert While Wearing a Toilet Costume