Moving sucks, but you know what the most miserable part of moving is? Packing. You just keep finding all of this stuff that is so useless and distracting and a waste of space, and for some reason, you decide that you still can’t live without it, even though it’s just a box full of gel pen notes from seventh grade. It’s inconvenient, you can never find where you put that one thing you definitely need at a later time, and you do all of these things with the full knowledge that you have to UNpack it all again later. Maybe you’re like me, and you just leave boxes full of stuff in your closet for eight months. It makes moving the next time way easier, just so you know.

But sometimes moving is exciting, right? Maybe you’re packing up for your first year of college, in which case, I am so giddy and excited for you and you’re going to have a great time! Maybe you’re U-Hauling it and moving in with your girlfriend after three months of dating — let me know how that works out for you! Maybe you just scored a super awesome apartment with a dishwasher and a laundry room located in the same building! We can dream, right?

Most things are less miserable when you can dance around while doing them, I’ve found. In addition to this playlist, I recommend oldies, 80s & 90s, and Top 40. Without further commentary, here are some songs to make packing suck less. 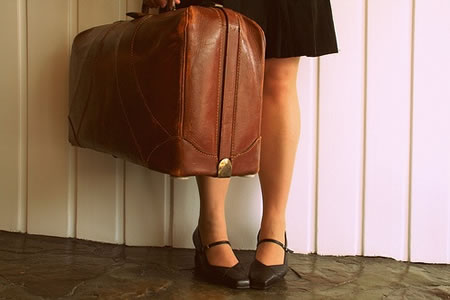 Pack Your Bags And Move On Out

Endless Summer – The Jezabels
I Woke Up Today – Port O’Brien
Cameo Lover – Kimbra
Babyface – The Elected
Gold Guns Girls – Metric
The Ocean – Tegan & Sara
Some Are Lakes – Land of Talk
Oceans – The Format
Down By The Water – The Decemberists
The Hardest Part – Washington
Starry Eyed – Ellie Goulding
Sunlight – Bag Raiders
Walcott – Vampire Weekend
What I Say And What I Mean – The Like
Heartbeats – The Knife
People Got A Lotta Nerve – Neko Case
My Year In Lists – Los Campesinos!
Pull Shapes – The Pipettes
Portions for Foxes – Rilo Kiley
Here Comes September – Waikiki

Pack Your Bags And Move On Out from Autostraddle on 8tracks Radio.

What are your favorite pack-up-and-go songs?