I don’t know if you’ve heard or not, but Ellen Page is gay, you guys. I know, take a second to recover. Are you ok? Ok, good. Since I basically haven’t stopped dancing since I found out lo those handful of hours ago, I made you a playlist of songs to help you process your joy. These are the songs I would listen to today if I were Ellen Page, is what I’m saying. 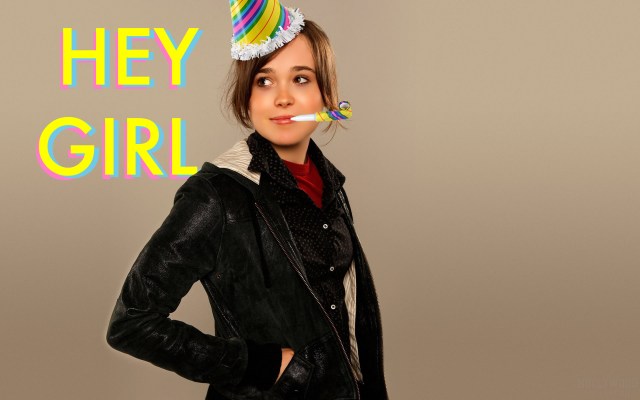 Miracles Happen (When You Believe)

– Myra
Everything Is Awesome!!!

– Tegan & Sara
Ain’t Nothin But a She Thing

– Now, Now
Come To My Window

– Melissa Etheridge
Keep Me In Mind

– Little Joy
This Is For Real

– Brandi Carlile
We Are Family

– Sister Sledge
What Dreams Are Made Of

Ellen Page Is Gay from Autostraddle on 8tracks Radio.