Someone finally got it right.

You know all those maternity photos of ladies gazing dreamily toward their swollen bellies while golden light streams in from the background?

Yeah. That is NOT what pregnancy is like. Much less queer pregnancy.

Photographer Sophie Spinelle explores queer pregnancy and medically assisted conception in the photo series Modern Conception, with queer writer Michelle Tea as the model. Full disclosure: Sophie is also a friend of mine, and supported me and my wife Anita through years of fertility treatments. She has said that watching our journey helped inspire this series.

Like most queer couples, Anita and I approached the project of growing our family with open minds. We considered all the different ways to get a baby, from foster care to adoption to pregnancy. Anita said pregnancy would feel to her like Invasion of the Body Snatchers, and as a family lawyer I knew too much about the uncertainties of adoption, so we decided that I would carry the baby. I was actually a little nervous about spreading my genes, which distinguish themselves mostly by bad teeth. But I was excited to join the ancient sisterhood of women who had shared the experience of pregnancy. I thought it would feel instinctual, animal, natural.

We asked a gorgeous, creative friend to be our donor and were giddy to learn that his wife was just as excited about our project as he was. Whenever I was about to drop an egg, we took the subway to his Bohemian, cat-ridden apartment. He and his wife went into another room and came out with a cup full of the fresh, warm “genetic material.” Then my wife and I went to a different room to inject it with, of all things, a Baby Tylenol dropper. The process felt intimate, exciting and a little naughty. One magical night, after the insemination, we all drank wine, ate Moroccan pheasant pie and noticed a full moon out the window. We were sure our child had been conceived. We were wrong. 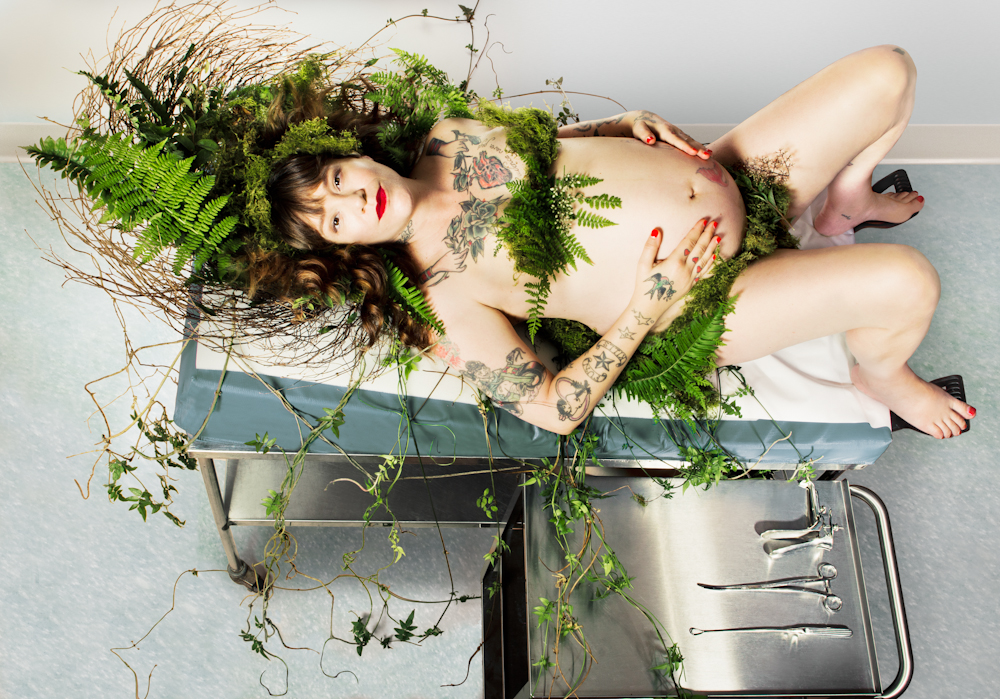 Sophie’s image of Mother Nature in stirrups captures the tension between the way women are taught to conceive (naturally, instinctually) and the way most queer women actually do conceive. After our nights of wine and moonlight produced exactly nothing, Anita and I escalated to fertility clinics, where we learned that at the relatively young age of 34, my egg supply was low and we were “scraping the bottom of the barrel” (yes, a doctor actually said that out loud). We began a monthly procedure called Intra-Uterine-Insemination (IUI) that involved injecting needles full of fertility drugs into my stomach and monitoring my eggs as they grew. Every two days, I had a 7 AM tryst with the transvaginal ultrasound, a shockingly long, cold, condom-covered wand that we promptly named “The Dildo-Cam.”

Our poor donor was working hard, too. No clinic would inseminate me with his fresh sperm despite the fact that we had swapped fluids at home. They required STD testing, genetic testing and psychological evaluations. To prevent HIV transmission, they also demanded that his sperm be frozen and quarantined for 6 months. It enraged me that straight couples could just show up at the clinic with their marriage certificates, while we had to prove we were sane, genetically sound, medically immaculate. Of course, the reality of depositing sperm in a bank is not as immaculate as one would hope. Our donor later told us that they made him fill out a “bible” full of paperwork, then put him in a room lined with red padding, where he watched a porn called Milkmaids in Manhattan. 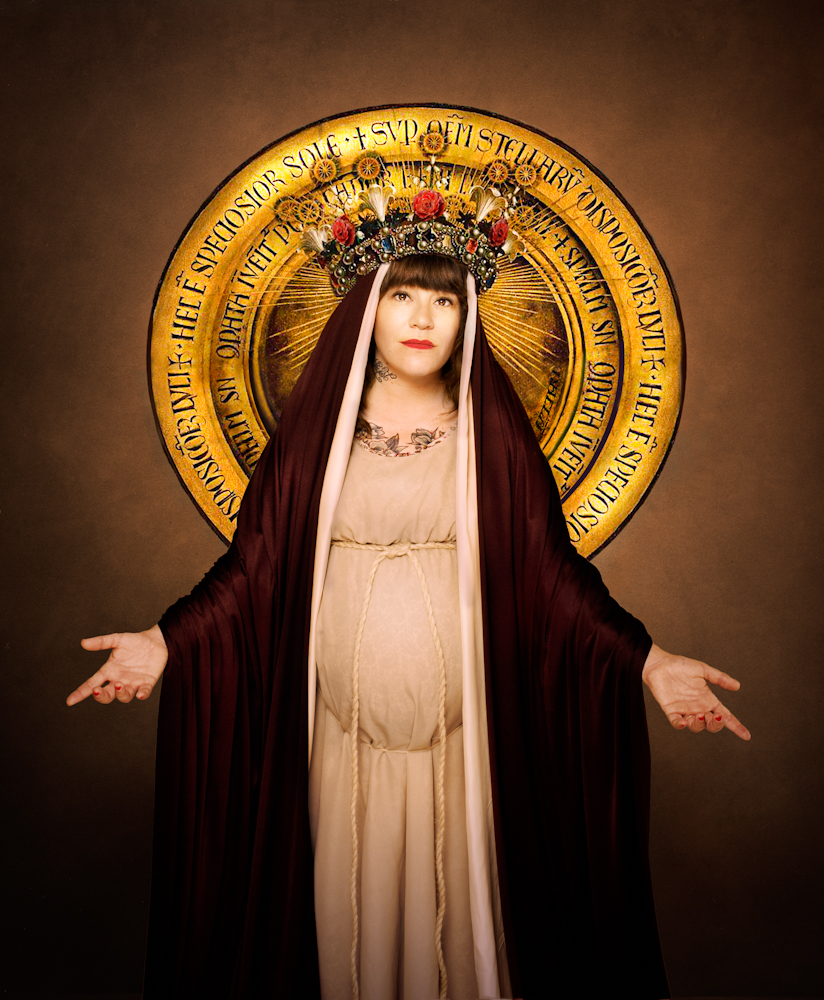 After eight IUIs, dozens of dates with Dildo-Cam, and hundreds of needles full of hormones, I began to forget my feminism and feel like a failure as a woman. I even forgot about all the family-growing options Anita and I had considered in the past and became desperate to have a baby in my belly. I knew that I had become obsessed when I found myself drinking carrot juice, eating bitter pineapple core and listening to a meditation CD called “Help for Infertility,” in which a soothing yoga type urged me to close my eyes and imagine sperm meeting egg. Anita and I were advised by well-meaning morons that it was all due to stress and we should “take a vacation.” Meanwhile, our doctors urged us to try the most stressful and expensive procedure to date: IVF. It involved harvesting eggs, growing them in a test tube and implanting them back into my uterus. In comparison to other families who suffer failed IVFs and miscarriages, Anita and I were incredibly lucky. Our first IVF was covered by insurance, and resulted in a healthy twin pregnancy. 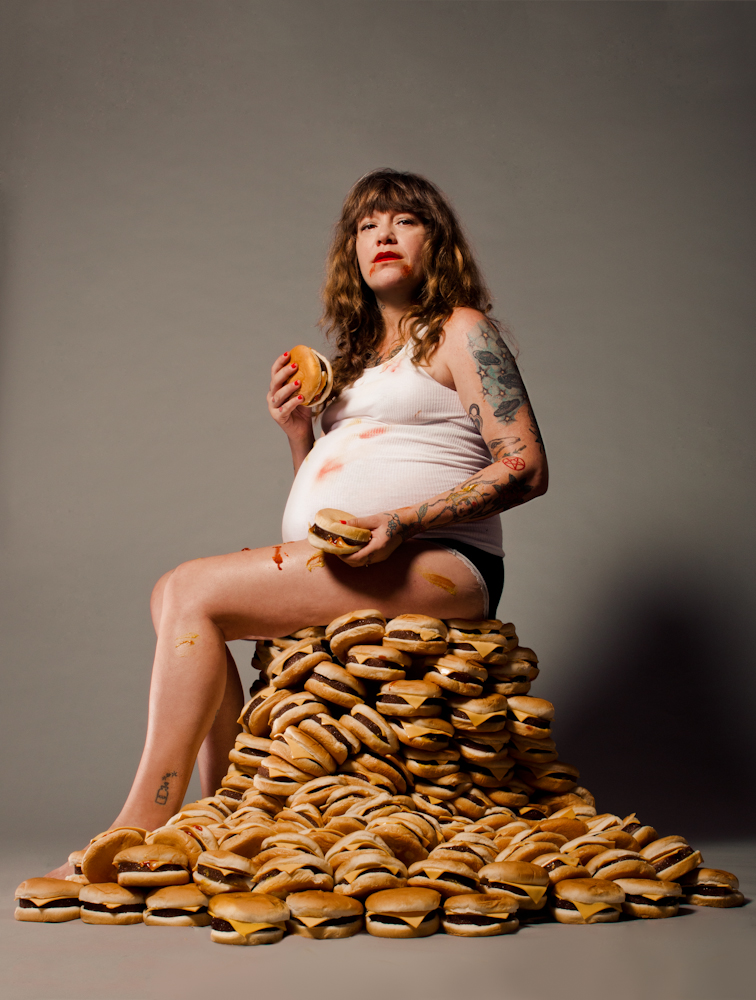 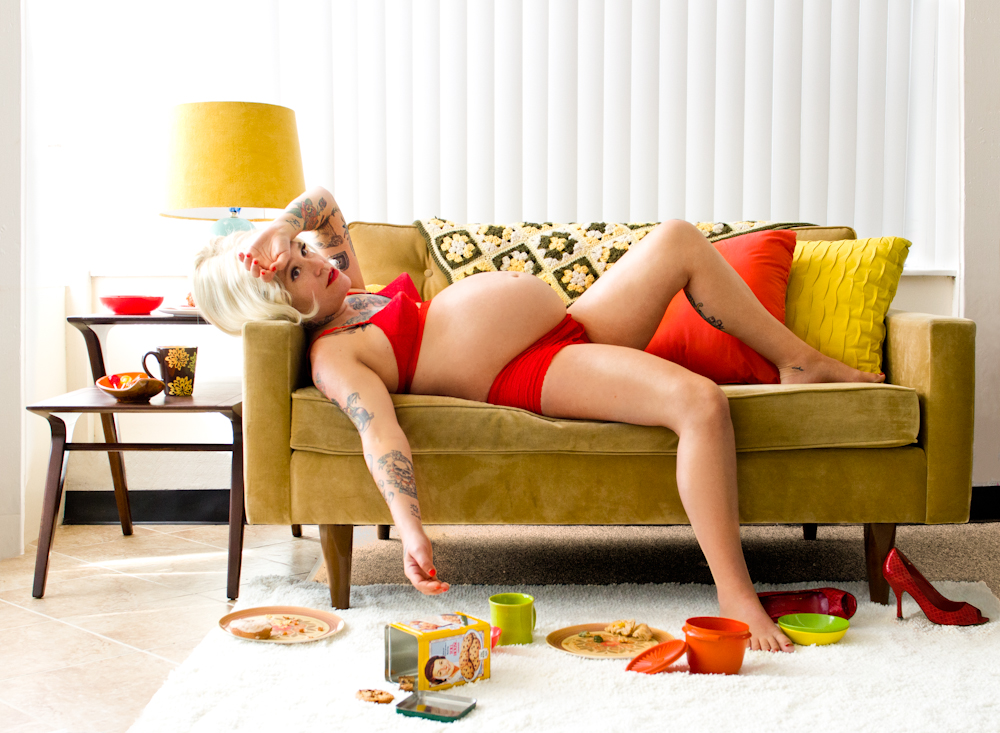 The last two pictures in the series depict pregnancy in all its gore and glory. In contrast to cheesy maternity shoots or tabloid “baby bumps,” Sophie’s photos show our animal hunger, our exhaustion and our inability to keep up with the housework. Was pregnancy my happy ending? Partly. I was admitted into the sisterhood I had hoped to join, a sisterhood of strange and secret symptoms. Random acquaintances (and one family court judge) told me about their own swollen labia, leaking nipples and heartburn. As I lumbered through the city streets, women called out to me: “God bless you, you gonna have a football player!” and “You got it, baby, you’re almost there!” (I was only 6 months pregnant). But there was also the night when I woke Anita up to ask: “Do you think acid reflux could actually kill me? I feel like I could die. Could I die?” Spoiler alert: I didn’t, you can’t.

Here’s the honest truth, or at least my truth: Trying to conceive sucks. Pregnancy mostly sucks. Birth totally blows. But here’s real happy ending: Our beautiful twin daughters are now four. They wear tutus everywhere, even the beach. They know they were in my belly, but they love their Mommy and Mama equally. And the other day, we played an entire round of Candy Land without a meltdown.

Erin is a part-time public interest attorney and a dyke-mom-about town. She spends her mornings advocating for low-income New Yorkers and her afternoons picking up her kids from school, playing Candy Land and cooking chicken nuggets. Her bedtime is 9:30 PM.