My high school creative writing teacher — shout-out to Ms. Hill — gave me a copy of the literary magazine McSweeney’s Quarterly Concern in the early aughts, after I wrote an essay on a pair of soccer shorts I was lusting after. It was my introduction to the idea that the strange ideas I have, that my weird habits and obsessions might merit the careful consideration of literary writing. While it came to my attention, in college, that it was an exceedingly white publication, I have continued to enjoy the beauty and cleverness of each physical quarterly issue and the evolution of the off-beat brand of fiction and essays that are collected within the pages.

I was excited when I saw on Twitter that Patty Yumi Cottrell — who is among many other things a talented, trans, Korean adoptee writer — was editing the first queer fiction issue that is coming out this November. For those who aren’t yet familiar, Cottrell is a celebrated fiction writer, whose novel Sorry to Disrupt the Peace was published by McSweeney’s in 2017. Their book is what some have called a contemporary noir about a woman who travels home after learning her brother has committed suicide, and it won Cottrell a 2018 Whiting Award. I was thrilled to speak with Cottrell because I wanted to hear from them, what they saw as the current landscape of queer fiction (it includes a story from our own AS fave Kayla Kumari Upadhyaya and S L I C K author, Juli Delgado Lopera) and the experience of editing this much-hyped issue. 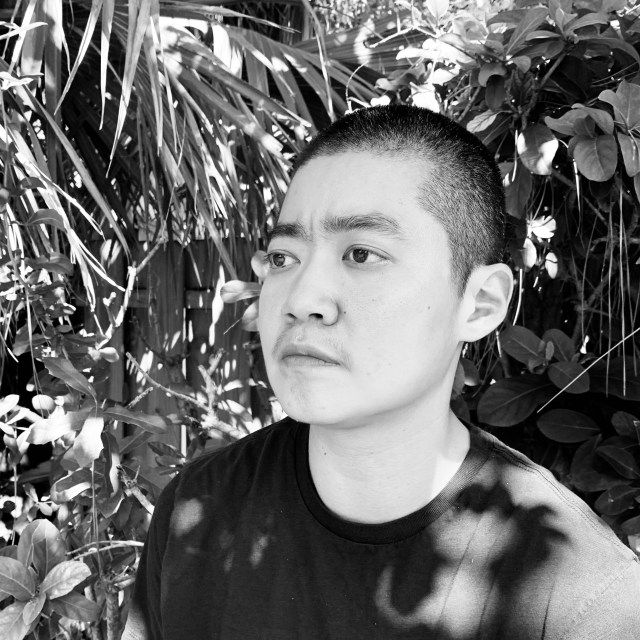 Kamala: How would you like to introduce yourself to our audience of queer readers — who always want to go deep and might already be wondering about your sun/moon/rising signs?

Patty Yumi Cottrell: Thank you for these lovely questions. My name is Patty and I’m a writer. I’m a Taurus on the cusp of Gemini, an Aquarius rising and a moon in Sagittarius. I live in Florida at the moment, but this is subject to change.

K: What was your reaction when McSweeney’s approached you to edit their queer fiction issue? Did you have any mild bouts of imposter syndrome (even though you shouldn’t, you’re a big deal!) or were you clear-eyed and like “Yes, I have been preparing all of my life for this moment”? No, but seriously, how does it feel to have gathered the writers you have in one place? And what do you feel like this issue says about contemporary queer fiction, of what that means these days?

PYC: I always feel like an imposter. It’s a normal part of being a writer or a sensitive person in the world. I considered saying no to editing the issue because I questioned whether or not I understood the idea of what might constitute queer fiction. Also, I have no actual editorial experience. I was talking to a friend and colleague, the writer Joanna Howard (author of the tremendous nonfiction work Rerun Era, which McSweeney’s published in 2019) and she encouraged me to say yes because she said it would be a good opportunity to support emerging voices. I thought a lot about the act of curation. What does it mean to put writers in proximity to one another?

As far as what this issue says about contemporary queer fiction: I tried to let the concept of queer abundance guide me. What would it mean to show open-hearted abundance, or like a great river of language and thought on the page?

PYC: My call for submissions asked the question, “What is queer fiction?”. I asked because I didn’t really know. I tried to be open about what I encountered. I mostly let my intuition guide me. I had this idea that the issue would be gem-like and sharp; it turned out to be sprawling, like a monster with tendrils reaching out. All of this sounds pretty vague and murky. I tried to think about queerness in terms of change, presence, contradiction, and complexity.

K: I love surprise, because I think we’re all such sophisticated readers of narrative and humanity, and it takes something special to twist an expectation and deliver something unexpected — what, without spoilers, were some of the best moments of surprise while editing this issue?

PYC: I’m not really sure how to answer this question. I think the best moments of surprise will be revealed to readers as they encounter them in the text. Having said that, a surprising thing that happened while editing the issue: my feelings about finding the right tone for the issue changed a lot.

Going back to the idea of the issue as a gem: I thought I would want to focus on language-driven work that pushes away the reader or forces them to confront some difficulty or discomfort. I think when a reader encounters that kind of difficulty, it can be beautiful.

At the end of April submissions were open for about three or four days and we received over five hundred stories, if I’m remembering correctly. I was humbled and surprised so many people would entrust their stories with us. I worked with the editor Claire Boyle and the McSweeney’s interns — Alia DeBurro, Emma P. Theiss, Paz O’Farrell, and Alexandra Galou — all of whom did an amazing job of helping me go through the pile. The experience of reading slush shaped the issue and changed things tonally. I decided to pivot and move away from focusing strictly on formally-challenging work. I wanted to think about ease and story-telling. I wanted to think about the pleasure that comes from telling a good story. There’s a spectrum of work in the issue, but it’s thanks to the slush pile that the issue has lightness and some air and sweetness in it.

K: Who did you grow up reading, and do you remember the first time you came across lesbians or queer people on the page? What was your reaction? How were you changed henceforth?

I liked Bridge to Terabithia, John Grisham, all of the Nancy Drew mysteries, and Judy Blume. I remember my mother found Forever underneath my bed when I was ten and she took it away. I didn’t understand why she had to take it away and it made me feel ashamed and embarrassed. The other night I read some of Forever out loud to my partner, Sarah Gerard, and we talked about whether or not we would allow our ten-year old to read it (if we had a ten-year old, which we do not). Sarah said she would’ve done the same thing as my mother, which surprised me.

The first time I encountered a book with queer characters must have been James Baldwin’s Giovanni’s Room. At the time I remember feeling afraid of its intensity. Now it’s one of my most returned-to books along with Lydia Davis’ The End of the Story. I’m reading Giovanni’s Room with one of my classes this semester and I’m looking forward to thinking about how Baldwin utilizes time and perspective in such a decisive manner.

K: As an early writer, when and how did you learn to write about your identities? Was that process ushered along by any particular experiences? What would you say now, are the hallmarks of your style, that speak to or reflect your identities?

PYC: I’m still learning how to write about my identity. I’ll admit it’s not something I feel adept at. I find it to be a challenge because I’ve never really fit in anywhere, and I don’t feel a really strong connection to my identity, possibly because queer Korean adoptees are mostly ignored or invisible. That’s my honest answer. I think the first time I wrote about being a Korean adoptee was when I wrote my novel, Sorry to Disrupt the Peace. Before that, I wrote prose poems and fables and I avoided writing about identity because I didn’t think I needed to. After my brother died, I felt urgency around it. It became necessary. And it changed my life. All of this is to say, I am still learning; I hope to continue to write about identity in my own way.

K: Okay this is niche, but I know you were quite taken with Fiona Apple as a young person, as were many of us here, and I’m wondering if you read that profile of her in in the New Yorker this past March, and if you had any reactions that you want to share? I’ll share that I was both still in complete awe of the deeply transformative creative practice she employs, into her emotional lesbianism, and also like “She’s kinda just a white woman living in the hills?” which I guess isn’t unexpected, but still surprised me.

PYC: Ha! That’s amazing. I did read it, but I read it slowly and over the course of a few weeks. I love Fiona Apple and admire her so much. She’s complex, multi-faceted, an activist, and really cool. I like how open she is about her social anxiety.

K: Lastly, do you have any advice for early queer writers who are still growing into themselves? Tips and tricks? Exercises that have revealed yourself to you?

PYC: My advice: don’t be afraid to ask for help from people you admire.

The best exercise that has revealed myself to me is to stop self-obsessing, and look outward. Become less aware of yourself as a self, and pay more attention to how you see the world.

You can pre-order the 62nd issue of the McSweeney’s Quarterly Concern, dedicated to queer fiction — it comes out in late November. For a limited time, when you subscribe to the quarterly, you will also get a free copy of Patty Yumi Cottrell’s novel, Sorry To Disrupt The Peace.