Last weekend I snuggled with my seven-year-old nephew and we watched kid friendly “scary” movies and you what’s amazing? Halloween through the eyes of an actual child.

(He’s going as Darth Vader this year, in case anyone was curious. Thank you for putting up with this annoying “proud Auntie” moment and now on to the news…)

There’s no ethical consumption under capitalism etc etc, but this Oreo commercial (of all things!) made approximately 65.5% of the Autostraddle Team absolutely cry at our computers and now you can, too!

Fortune Feimster Just Got Married! Then She Got a People Magazine Feature!

America Only Has One Laverne Cox. And how lucky are we??

World Rugby Bars Transgender Women, Baffling Players. World Rugby is the first international sports federation to block transgender women from global competitions, even though they supposedly believed (until now) in a motto of inclusivity. HA!

Resistance and Resilience: Why Queer Nigerian Lives Matter in the #Endsars Movement. (This of course also made me think of Where Do We Go to be Queer, Nigerian and Alive? by Chinelo Anyadiegwu for us last week, one of the pieces I am most proud of us publishing this month.)

They Found Love In A Hopeless Place: Tales of Pandemic Dating

They Had Saved Like They Were Supposed To. The Pandemic Took It All. People who built rainy day funds over years are watching their savings run down to zero, with no relief from the government in sight.

The Recession Is Hitting Women of Color the Hardest

50 States, 50 Scares. A spooky book for every scary place from sea to shining sea.

“There is a twinned risk: the risk of winning on Election Day. Because if Trump is defeated, if the Senate goes to Democrats, the temptation for too many will be to curl back up and return to slumber.

Coalitions have fallen throughout this country’s history, both after crushing defeats and in the wake of terribly incomplete victories. Activists have treated first-step wins — the Roe decision or the election of a Black president — as glorious endpoints rather than as the beginnings that they are. It is so easy to forget that, as Florynce Kennedy observed, “Freedom is like taking a bath; you’ve got to keep doing it every day,” and that when the fight is for something as fragile as liberty and dignity for the structurally oppressed, there will always be forces strategizing to strip it away again as soon as possible.

And so perhaps the grimmest read of what has happened in these past four years paradoxically offers the greatest hope for an engaged populace going forward: that the results of this right-wing project may be so calamitous, so disastrous for so many millions — a 6-3 Court; corporations given free rein to drill us into destruction; rising seas and raging fires and rampaging plagues — that returning to unconsciousness is simply not going to be possible.”

If you’re a regular reader of this column, you know I’m a big fan of Rebecca Traister’s… well, everything. But Please Make This Your Long Read Content of the Day: The Birth of an Extraordinary Modern Progressive Movement

Very much related, here’s Black feminist giant Kimberlé Crenshaw how the 2016 election kicked off a four-year national nightmare, and what can be done to make sure we don’t return back here ever again: Don’t Reboot the 2016 Horror Show for The New Republic 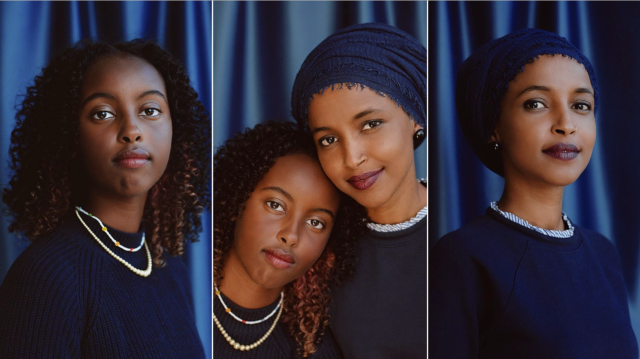 And now… your reading needs for Your Big Post-Amy Coney Barrett is On The Supreme Court Rage Feelings! Together we can get smart about our anger: