On Tuesday, Angel Haze released her version of “Same Love,” a freestyle over the beats made famous by Macklemore and Mary Lambert. The recording is the latest in Angel’s exceptional “30 Gold” series, a month-long project in which the rising star posts one new freestyle per day. Rapping over more established artist’s beats, Angel continues to build a name for herself as she prepares for the January release of her debut album, Dirty Gold. 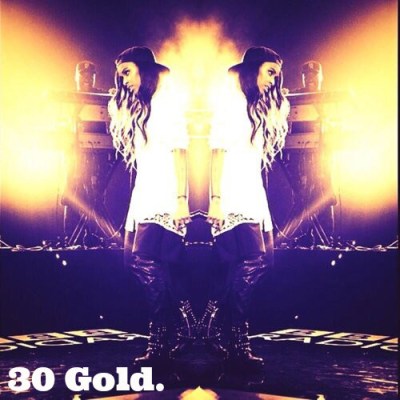 Other covers in the “30 Gold” series include “Black Skinhead,” ‘Backstreet Freestyle,” and “Worst Behavior.” Via Soundcloud.

Now, not that there’s anything wrong with Macklemore’s version but, honestly, it sucks that the straight cis guy gets all the mainstream attention while the actual queer artist sings backup, largely ignored. (VMAs, anyone?) So it’s really exciting to see a female, self-declared pansexual rapper cover the song, replacing the “I thought I might be gay in third grade” bit with the following lyrics:

At age thirteen, my mom knew I wasn’t straight
She didn’t understand, but she had so much to say
She sat me on the couch, looked me straight in my face
And said you’ll burn in hell or probably die of AIDS
It’s funny now, but at thirteen it was pain

No, I’m not gay
No, I’m not straight
And I sure as hell am not bisexual
Damn it I am whoever I am when I am it
Loving whoever you are when the stars shine
And whoever you’ll be when the sun rises

In interviews, Angel frequently cites poets Andrea Gibson and Joshua Bennett as a major source of inspiration for her raps. Which, really, is pretty remarkable, even if you don’t know anything else about Angel. (How many other rappers are out there name dropping queer poets?) 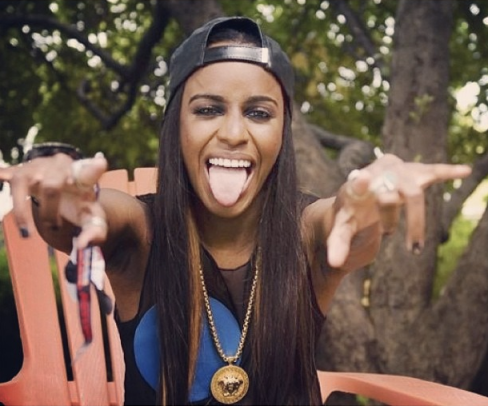 Though you’d never guess it from the fiercely confident way she spits her raps, Angel is actually quite a newcomer to the hip hop scene. She got her start on Tumblr several years ago, where thousands of followers were drawn to videos of her smart, gritty takedowns of anything and everything. When her best friend suggested that Angel take her love of poetry and try rapping, she soon began to post original raps for fun. In 2010 Angel’s take on Drake’s “Fall For Your Type” took off, and her career as as a rapper was born. Today, the 22-year-old is signed with Universal Republic and was recently described by Flavorwire as “the most important rapper of 2013.” 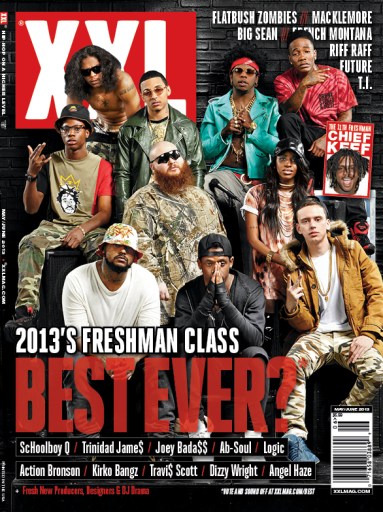 Angel Haze was the only female artist to make XXL’s popular “freshman” cover for 2013. Via XXL.

What really sets Angel apart from the crowd of other up-and-comers is the level of brutal, unflinching honesty in her lyrics. In her devastating cover of Eminem’s “Cleaning Out My Closet,” she speaks frankly about her difficult past and experience as a survivor of years of sexual abuse. It’s startling, powerful, violent and heart-wrenching.

A taste of the lyrics:

There was a point in my life where I didn’t like who I was
So I create the other people I would try to become
Sexuality came into play and with I scarred as I was
I was extremely scared of men so I start liking girls
I started starving myself fucked up my bodily health
I didn’t want to be attractive to nobody else
I didn’t want the appeal, wanted to stop my own growth
But there’s a fucking reason behind every scar that I show

In a mere 25 seconds, Angel comes out, delves into her psychological state post sexual assault, and discusses body image and self harm issues. And what’s really remarkable? Within the confines of this song, these lyrics actually feel like a break from some of the more intense things going on. 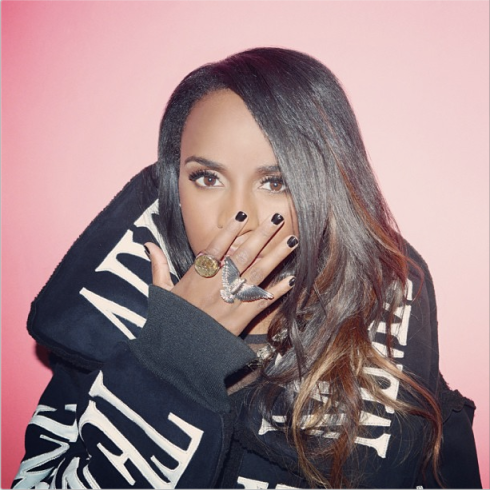 Describing herself as envious of those who actually have a hometown, this mixed-race Native American considers herself an outsider, most notably for the fact that she only began listening to rap music – or indeed, any type of music – a few years ago. Born Raykeea Wilson, she was raised within the strict traditions of the Pentecostal Greater Apostolic Faith, which she now refers to as a cult. In an interview with The Guardian, Angel explained: “You weren’t allowed to talk to anyone outside of that, you weren’t allowed to wear jewellery, listen to music, to eat certain things, to date people… you weren’t allowed to do pretty much anything.”

Angel left the church when she was 15 and began moving from place to place, frequently living in homeless shelters. When she finished high school early (by way of home schooling), Angel began to chase her dream of a career in music. When her debut EP, Reservation, came out, she moved from Virginia to New York City, where there was a sense of change so palpable she “could taste it in the air.” Haze described, “I removed myself from that mind-state, stopped working with family and people I knew, and started getting rid of my personal issues.” 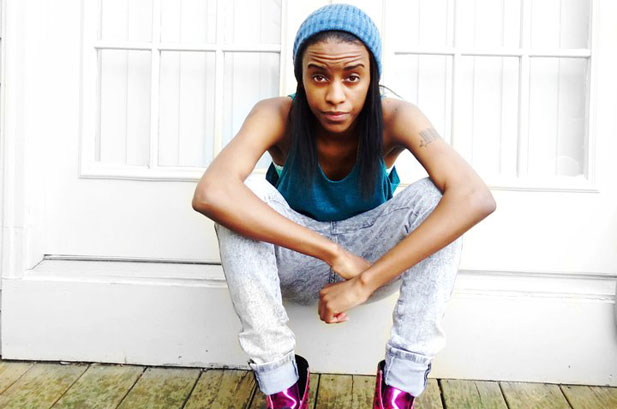 Via The Consequence of Sound

For the time being, Angel is concentrating on finishing the month of October strong as she completes “30 Gold.” As you’d expect for someone who got their start on Tumblr, Angel is very active on social media (which is really great, because it makes it easy to follow her every amazing move!). For more, check out her website.