Currently playing at Outfest, tucked in a comedic shorts program with subjects ranging from gay dogs to bottoming disasters, is a small miracle of trans cinema. Debra F. Simone’s The More Things Change is about a trans woman just… existing. And that’s as radical as the movie is charming.

If you’re anything like me, since watching the 2014 romcom Boy Meets Girl, you’ve been shouting, “When is Michelle Hendley going to be famous??” It’s boring and depressing to say Hendley would be Jennifer Lawrence big if she was cis, but it’s also hard not to think that. She has that natural movie star energy where she immediately makes you care about her and has chemistry with literally everyone on screen.

It’s no surprise that the filmmaker to finally give Hendley another part worthy of her talents is a trans woman herself. During the post-screening Q&A, Simone mentioned attending Outfest last year and being disappointed to see no trans comedies. She decided then to make one herself and we should all be so grateful.

The More Things Change is about a woman named Dana who works for a tech company by day and creates video games by night and also works at the tech company at night and also tries to work on her games during the day and basically the point is she’s always working and is very stressed out. 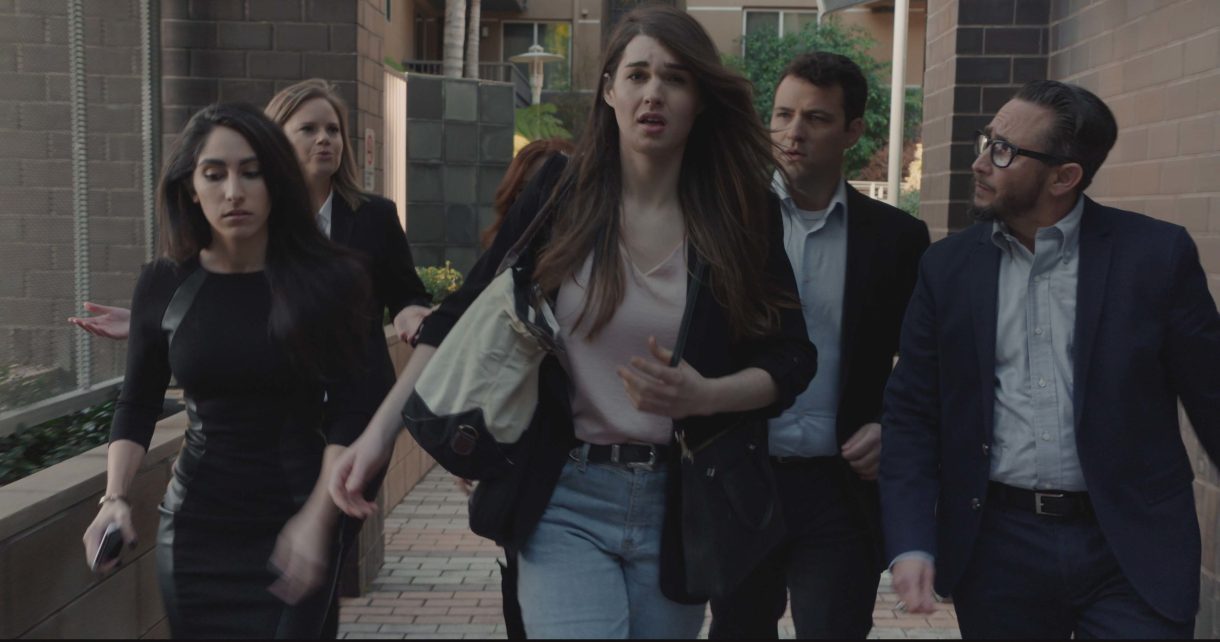 Dana’s boss, played hilariously by Lisa Ann Walter, is every well-meaning cis woman we’ve ever worked for. It’s incredibly satisfying to watch all her microaggressions on-screen without the film ever dipping into any actual trauma. If anything her boss’ greatest offense is how little she respects Dana’s time.

When Dana finally does make it home, her girlfriend is waiting for her on their couch. That’s right. Her girlfriend! It’s so rare to see queer trans women on screen (Boy Meets Girl is literally one of two features I’ve seen with a trans actress playing a queer trans woman) that I initially thought they were just roommates. But nope! They’re partners! And it’s handled with the same subtlety as the rest of the film. Why wouldn’t her partner be a woman? Why wouldn’t she apply her estrogen gel after work? Why wouldn’t she field cringe-worthy comments from her boss? What’s revolutionary on-screen in the landscape of representation is just daily life for so many of us. It’s unremarkable. And that is remarkable.

Like the best shorts, The More Things Change left me satisfied and wanting more. And I was very excited to find out that it was actually imagined as a pilot, not a short, so more is a real possibility.

It’s tempting to bemoan a lack of inclusion from cis media, especially cis queer media, but The More Things Change makes a compelling argument to abandon all hopes. Whether it’s Pose or Sense8 or Her Story or The T or Tourmaline’s body of work or Zackary Drucker’s body of work, the best media about trans women has consistently been made by trans women. Instead of counting down the days to see if we get three lines on The L Word reboot, we should be counting down the days until Simone gets to turn this short into a full-season show, one where Michelle Hendley will get to shine like a fucking star.