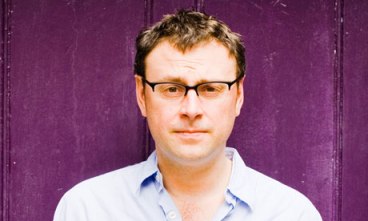 After six months of rehearsal, a school in England pulled the plug on Lee Hall’s Beached, an Opera commissioned by Opera North and designed to be a collaborative effort between theater professionals and about 300 schoolchildren.

The schoolchildren in question come from a Bay Primary School in Bridlington and Opera North’s production was tailor-made for integration into their curriculum. Lee Hall is best known for writing the book and lyrics for Billy Elliot The Musical, which is arguably one of Broadway’s best family-oriented shows ever.

Here’s a brief description of Beached, for your reference:

The narrative revolves around a single father who, having been made redundant, is forced to take a holiday at home instead of in Ibiza. However, he is completely unable to have a quiet day beside the sea as he is assailed by schoolchildren on a biology field trip, local yobs – and the entire Bridlington Amateur Dramatics Society, who are rehearsing the Bridlington Pageant. There is high drama: at one point, his son is swept out to sea. Essentially, though, it’s a comedy about tolerance and inclusiveness.

When he got the news, Lee Hall immediately contacted The Guardian and submitted a letter which was published on Friday. Hall said that two weeks ago, officials from Bay Primary suddenly came to him with a list of concerns, threatening to pull the kids, who are between the ages of 4 and 11, from the show, if he didn’t make some changes. It was no big deal, really — things like using “stupid” as an insult and the very existence of the word “pee-pee.” (Really that should never be in any opera ever, it’s weird.) Hall reports that “The composer and I worked with the school and Opera North to reach a version that would work for everyone.”

But then there was the gay thing. The opera’s main character is a “gay, retired painter” and Hall was willing to tone down some things, but refused to eliminate “the character’s straightforward defense of his sexuality.” The school’s main objection was the following line, sung by an adult during an all-adult scene:

“Of course I’m queer/That’s why I left here/So if you infer/That I prefer/A lad to a lass/ And I’m working class/ I’d have to concur.”

“The request seemed to come from a completely different era… I thought there must be some mistake and that Opera North would support me by finding a way round this completely outdated hysteria. I was amazed when they accepted the school’s position. I was repeatedly asked to excise these references to the adult character being gay.”

The Guardian later reported that school official Mike Furbank said aspects of the production were “offensive” to young children. He added that “the concerns are not fundamentally about the equality issues the author is trying to raise but the way in which they are represented with children as young as four being involved in the production.”

Thus, the school withdrew its participation from the show, taking its 280 student participants with it. Unable to replace so many actors, Opera North was forced to end the production. Two years of prep work and more than £100,000 are down the drain, although the company remains optimistic that an agreement can be reached and the show can continue as scheduled later this month.

Hall accused Opera North of censorship and homophobia, saying he felt as though he was “not being allowed to represent a gay person.” While they had originally remained neutral, the theater company has now released three separate statements on their blog reiterating their position as Not Homophobic:

“Opera North does not consider the subject matter to require censorship nor do we feel that the inclusion of the themes was inappropriate to the intended audience and participants; and there was no attempt to excise a gay character from the piece … Opera North feels that the decision by Lee Hall to suggest that the production was cancelled due to a homophobic stance on the part of the company is unacceptable.”

Opera North director Richard Mantle said nobody wanted to get rid of the gay character and that everyone just wanted Hall to tone down his language.

“Nobody is seeking to cut this gay character – the school has asked that Lee tempers some of the language and we have asked him to and worked with him very closely over many weeks to address that point.”

Meanwhile, the story has gone mega-viral — there’s a Facebook group! Jeanette Winterson, who probably helped you realize that you’re gay, has written a long piece in The London Times that we cannot read because of the paywall! The Guardian has a full rundown of who’s said what, from commenters to celebrities, in this article.

Like most forms of theater, opera has always been pretty gay. Also, Beached is about tolerance and acceptance written by the man who wrote Billy Elliot, arguably the gayest musical involving children ever. If anything, the school should’ve been surprised the opera wasn’t gayer. Seriously, have you seen Billy Elliot? Really. Hall himself points out:

Having written Billy Elliot, which currently has productions all over the world featuring a gay, cross-dressing prepubescent, as well as scores of kids swearing and doing things they “shouldn’t” on stage, I was convinced that any disquiet in the parent body could be easily remedied.

The opera’s author certainly has a right to create the show in his own vision, but was Hall too quick to label “strong language” as “homophobia” and summon such media attention? It’s hard to argue that had a lad sung about liking lasses that the line would’ve required censorship, and that’s what’s really at stake here. This kind of innocuous institutionalized homophobia shows up in many permutations — like how advertisers aren’t put off by websites featuring a man kissing a woman, but a woman kissing a woman is instantly categorized as pornographic. It seems entirely possible school officials truly aren’t being consciously homophobic.

As Eleanor Turney wrote at A Younger Theater: “Sexuality and sex are different, and the school should have the wit to recognise this.”

It seems improbable anything anti-gay would come from Opera North (whose livelihood as an opera company is largely dependent on the LGBT community), but it’s not unheard of for schools to flip out over gay content on stage. The dulled-down school edition of Rent has repeatedly been the source of controversy, and The Laramie Project, which is about Matthew Shepard, sometimes comes under fire in conservative areas. Shows like Angels in America don’t even stand a chance with schools. The difference is that these productions have characters who are more than incidentally gay.

The latest from The Guardian UK:

A few minutes ago I spoke to Lee Hall, who says he’s heard a rumour – so far unconfirmed – that the performance may go ahead, involving children whose parents are happy for them to participate. “I’m cautiously optimistic, because everyone seems to be retreating,” he says. “They’re hiding, because they’ve got nowhere to go. It’s literally about nine words in the script. I’m hoping that this has stirred up enough for people to reconsider.”

Honestly, I still think the real issue is that they’re expecting four-year-olds to enjoy opera at all.