Hello here I am again, just like the last time we came back from camp, full of feelings I’m simply incapable of suppressing until we start rolling out the Recamps and therefore must impail you with immediately. See, A-Camp September 2012 happened last week and it’s over now, but I don’t want it to be over, so this is the part of the grieving process where I keep it alive by talking about it constantly. CONSTANTLY. I swear we’ve already got ten thousand workshop and panel and performance and special guest ideas already for next time and we’ve only been back at sea level for eight hours or so. 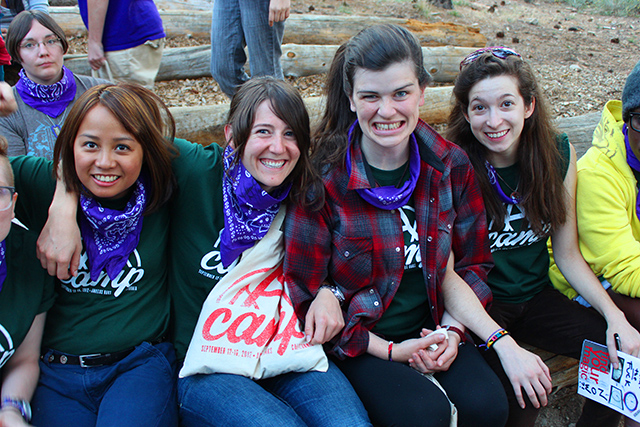 Just like last time, I’m monumentally exhausted, but also shot through and broken open with an airy optimism so earnest I almost want to make fun of myself. There’s been so much momentum lately with the campaign and then camp and after spending five days in the woods with all your inspirational faces it’s like we’re almost infinite! 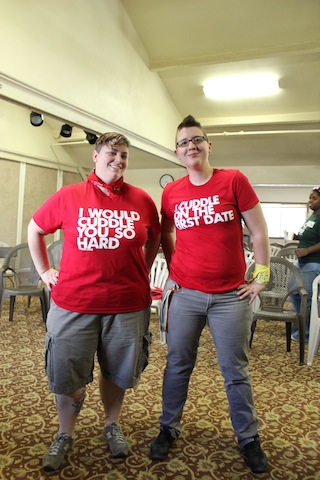 You hear things like, “In my 28 years on earth, I have never seen so much love up in the woods” and “now I feel like I can actually be me” and “things don’t feel so huge anymore” and “I’d never heard anyone tell my story before” and you hear from a trans* woman that this is the first queer women’s space where she’s actually felt welcome and safe and it goes on and on and WOW just WOW. 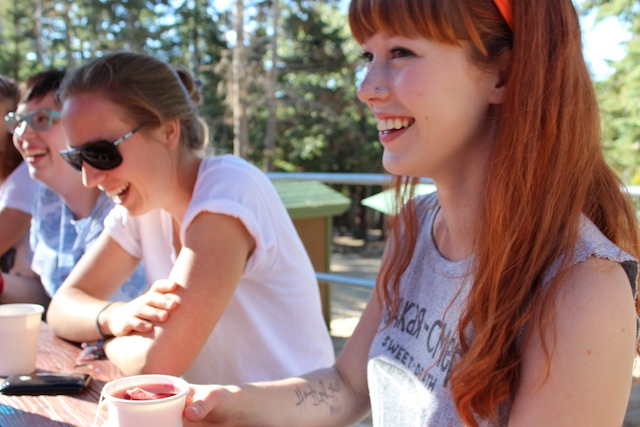 Before April camp, nobody on our team had seen the campsite itself until ten of us arrived there about twelve hours before the campers and the rest of our team started showing up. There was a lot to make up as we went along, but Robin and Marni and all of us worked really hard, the campers were completely awesome, and everyone was so happy to be there that it still totally rocked and changed everybody’s lives forever and ever. The campers were game for being part of what was basically an experiment, but this time we didn’t sell it as an experiment but as an experience and holy shit this will just keep getting better. 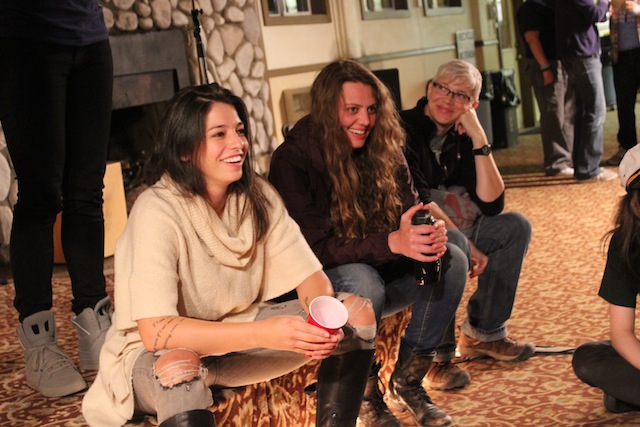 Last week, the night before campers arrived, we gathered around the campfire after a day of Pre-Camp planning and bonding and everybody took turns talking about what Autostraddle and A-Camp meant to them and there was a lot of crying and a lot of feelings and the next day busloads of campers rolled in with their wide eyes and hopeful hearts and we were SO READY. 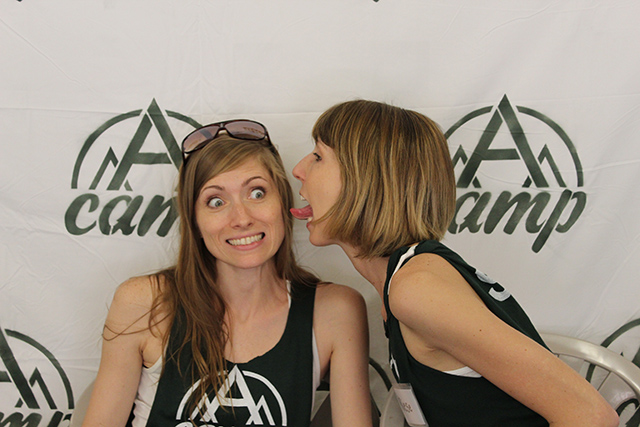 You made postcards and ‘zines and friendship bracelets and tea and chapstick; speed-dated, swam and hiked; talked about coming out, gender, body image, non-monogamy, trans* issues, design & branding, geekery, animal training, DIY home repair, gaming, working for non-profits, queer families, race, religion, andro/butch style and took workshops on how to spoon, write, sing and pole dance. You did all of those things and at least ten thousand other things. 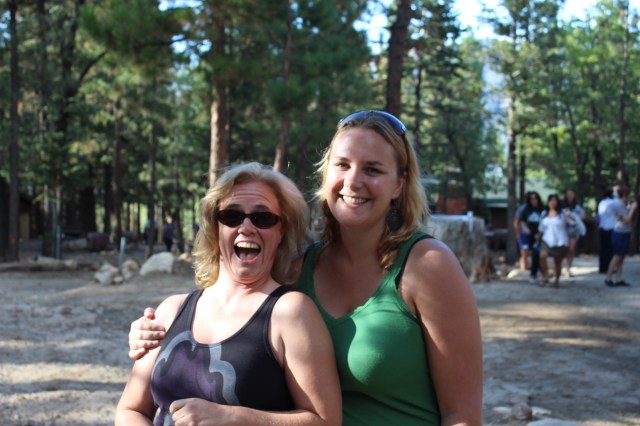 You watched Autostraddle writers reading their poems and stories and secrets, Haviland Stillwell singing her songs and Julie Goldman & Brandy Howard attacking campers with giant supersoakers. You fell in love with everybody and they fell for you too and you guys, YOU GUYS, that was intensely fucking fun and also life-changing and those things. 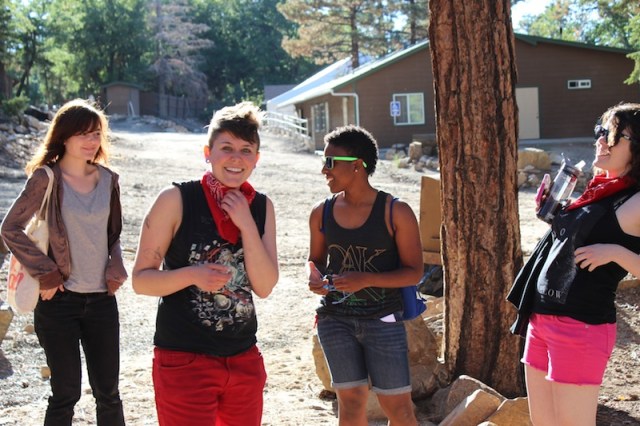 We had 31 Canadians, six Australians and eleven from the UK or elsewhere in Europe. Within the US, we had campers coming from 34 different states, including 84 Californians, 17 Southwesterners, 30 Midwesterners, 44 Easterners, 15 Southern folks and 26 from the Northwest. The campers ranged in age from 18 to 46 with an average age of 25 and they were all the cutest things ever and my heart lives on a mountaintop.